Our Yura quest guide for Elden Ring will take you through the key steps and locations for the Bloody Finger Hunter's story as well as earning you the Nagakiba and Eleonora's Poleblade. 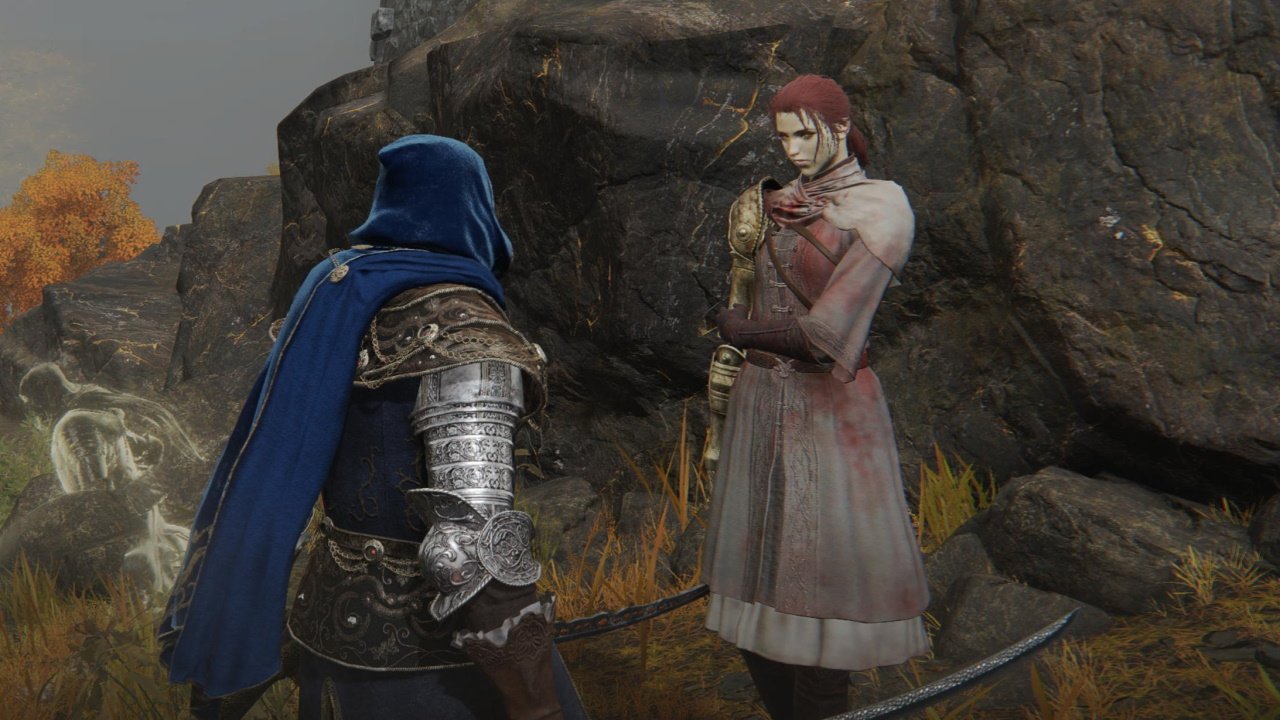 Our Latenna the Albinauric quest guide will walk you through how to take this willing spirit to the end of our journey.

The Elden Ring Millicent questline is one of the longest, most complex NPC quests you can complete. It jumps all over Elden Ring’s map, making it very easy to lose track of it part way through. To help you keep track of everything, our Millicent questline guide will take you through all the key steps involved including whether to help or fight Millicent and how to get Miquella’s needle.

The Millicent questline begins in Caelid, started either by finding Millicent herself or speaking with Sage Gowry. It’s a lengthy quest that’ll take you to the Altus Plateau and, eventually, all the way to the Haligtree, home of the Malenia boss fight. There are also multiple outcomes to this quest depending on your choices, so we’ll explain the outcomes in either case.

Millicent is first encountered at the Church of the Plague in Caelid, northeast ofSellia, Town of Sorcery. You’ll need to complete the Sellia puzzle before you can progress to meet her. She’s afflicted with Scarlet Rot, meaning she can’t do much just yet. To start her quest properly, you need to speak with Gowry in Gowry’s Shack just south of Sellia. Be careful not to lure the nearby dog into his shack, as it can accidentally kill Gowry.

Gowry will ask you to save Millicent by obtaining an Unalloyed Gold Needle and bringing it to him. We have a dedicated guide to the Gold Needle location here, but the short of it is that you need to defeat Commander O’Neil in the center of the Swamp of Aeonia. Check out our Commander O’Neil boss fight guide for some tips on how to beat him.

Intriguingly, Millicent can also invade you in the Swamp of Aeonia. Beating her doesn’t affect the questline, so don’t stress about messing things up if she drops in.

Once you have the Unalloyed Gold Needle, return to Gowry and give it to him. He’ll say he needs some time, so rest at a Site of Grace and return to him to obtain the Gold Needle.

Now head to the Church of the Plague and inject Millicent with the Gold Needle. Rest at the Site of Grace here and you’ll find Millicent has recovered. Speak with her and she’ll say that she has a quest to fulfill elsewhere. Exhaust her dialogue and you’ll receive the Prosthesis-Wearer Heirloom. Rest at a Site of Grace again and you can then find Millicent at Gowry’s Shack, though the sage will be absent. When you rest again, Millicent will have left and Gowry will have returned. You can then purchase spells from him if you wish.

The next interaction you can have with Millicent is on a hidden path up to Altus Plateau. Millicent can be summoned as an ally to take on Magma Wyrm Makar boss fight in Ruin-Strewn Precipice. You can access that area by following the ravine at the north of Liurnia of the Lakes and climbing the ladder. It’s entirely optional to involve her in this fight.

Millicent can then be found close to the Erdtree-Gazing Hill Site of Grace in the Altus Plateau. Speak with her here and she’ll lament her lack of a sword arm, but say that she’s retracing Malenia’s steps on her journey north.

To progress Millicent’s questline you need to head north to the Shaded Castle. In the northwest corner of the castle is a chest guarded by a single Cleanrot Knight. Defeat them to claim the Valkyrie’s Prosthesis within (full guide to that here). Return to Millicent and choose to give her the Valkyrie’s Prosthesis. She’ll thank you and say that it may be possible for her to aid you in battle.

Next, head to Dominula, Windmill Village in the northeast of Altus Plateau. Make your way to the top of the village and you’ll find a summon sign for Millicent shortly before the Godskin Apostle boss fight. You don’t need to summon her, but she’ll prove a useful aid in this might. Beat the boss, then speak with Millicent close to the Windmill Heights Site of Grace. She’ll commend her arm and say you can call on her in battle as thanks. Exhaust her dialogue here to continue.

Millicent questline: Path to the Haligtree

There are now several optional Millicent encounters you can take part in or skip entirely. Once you’ve navigated through Leyndell, Royal Capital, you’ll open the path to the Mountaintop of the Giants. In the Forbidden Lands, Millicent can be summoned to aid you against the Black Blade Kindred boss. She’ll then appear by the Ancient Snow Valley Ruins Site of Grace in the Mountaintop of the Giants. Here she’ll say that she’s searching for the Haligtree to look for Malenia.

To access the Haligtree, you need to first get the two Haligree Secret Medallion halves. The right half is obtained from Albus, an NPC disguised as a pot within the Village of the Albinarics in Liurnia. This item is also key in the Latenna the Albinauric questline. The left half is obtained from Commander Niall in Castle Sol, at the very northern end of the Mountaintop of the Giants. Bring both halves to the Grand Lift of Rold and you can access the path to the Consecrated Snowfield.

In the northeast of the Consecrated Snowfield is Ordina, Liturgical town. Solve the Ordina puzzle (our guide to that is here) and you’ll open a sending gate to the Haligtree. Reach the base of the tree and you can then find Millicent at the Prayer Room Site of Grace in Elphael, Brace of the Haligtree. She’ll explain that she’s of Malenia’s blood, and that she has something to return to her.

You’re now (finally) approaching the end of Millicent’s quest. Before she’ll move from the Prayer Room Site of Grace, you need to defeat an Ulcerated Tree Spirit which lies beyond the Drainage Channel Site of Grace. Head west and up the ladder from the Site of Grace. As you enter the heart of the Haligtree, you’ll be following a path through Scarlet Rot lakes. You need to make your way onto the large tree root which bridges the gap across the center of the room.

Cross over this tree root onto the landmass on the left and you’ll spawn an Ulcerated Tree Spirit. Defeat the miniboss then rest at a Site of Grace and return to the same area. You’ll now find two summon signs on the ridge here. You can now choose to be summoned to assist Millicent or to challenge Millicent in a fight with her four sisters.

Choose to challenge Millicent and you can defeat her to gain the Millicent’s Prosthesis Talisman. It boosts dexterity and raises attack power with successive attacks. Millicent will express shock and confusion as you kill her, wondering if her path was all for nothing. This will end Millicent’s quest (slightly) early.

If you aided Millicent, you can then rest at a Site of Grace to find her once more at the location of the fight. She’ll be lying by the lake of Scarlet Rot and will express her wish to choose her own path, even if that means removing the needle and dying of the Scarlet Rot. Rest at a Site of Grace and return once more to find Millicent’s body and the Unalloyed Gold Needle.

Millicent’s quest may have ended, but you can use the Unalloyed Gold Needle on the flower which blooms after beating Malenia to obtain Miquella’s Needle and a Somber Ancient Dragon Smithing Stone.

Finally, you can also return to Gowry’s Shack for some final dialogue from him regretting her decision. Gowry will close off his shop at this point, meaning you’ll need to kill him to obtain his Bell Bearing if you want to earn his spells.

That’s everything you need to know for the Elden Ring Millicent questline. Give yourself a pat on the back for wrapping it up as it’s easily one of the most complex in the game. For more quest walkthroughs, check out our guides for the Fia questline, Latenna the Albinauric quest, and the Bloody Finger Hunter Yura questline.