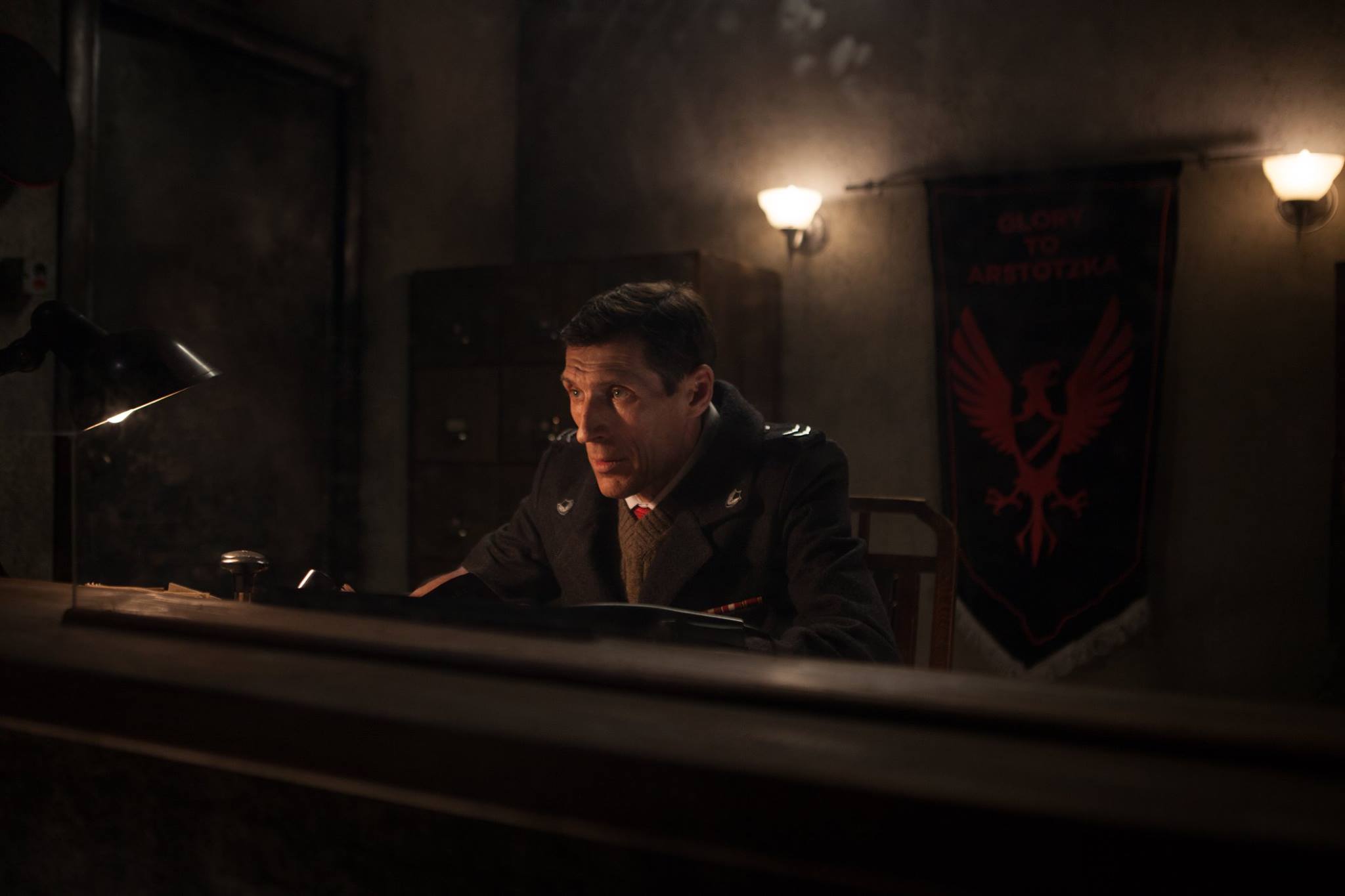 How the moral tangles of Papers, Please got weaved into a short film

Papers, Please isn't the archetypal candidate for a video game movie adaptation. There's no obvious story hook, photogenic main character, clichéd hero's journey or action setpieces to speak of, not to mention the lack of a monolithic publisher pursuing big Hollywood budgets for all of the above. However, if you looked on Steam last week you may have spotted a short film sharing the name of Lucas Pope's BAFTA-winning 2013 indie title about the life of a simple border crossing inspector.

The Papers, Please short film is directed, written, edited and produced by Russian filmmakers, husband and wife duo Nikita Ordynskiy and Liliya Tkach. The pair have been at work on the 10-minute short since its first draft in 2016, and shooting over the summer months of 2017 with the inspector, Igor Savochkin, best known for his acting in horror fantasy Night Watch and its sequel, Day Watch. And now that the film is out on Steam, their work sits alongside its inspiration on the platform as the official film of Arstotzkan immigration control. So how do you go about turning a game with a single, fixed viewpoint and implied storylines told through bureaucracy into a film?

"It was a big challenge, but at the same time it was such an interesting experience for us as filmmakers," says Liliya Tkach, the film's producer and co-writer. "We were understanding from the start, that we would have to spend a lot of time looking for a way to go from basic graphics to real life things."

"The game is very detailed, it has all the necessary information about the world of Arstotzka and other countries," says Nikita Ordynskiy, director, editor and co-writer. "Passports, documents, logos, stamps – it's all there, and our main target was to recreate all of this in real life."

The pair looked outside of the game for inspiration, at dystopian fictions both off-screen and on-screen – Children of Men, and Terry Gilliam's Brazil – before consulting creator Lucas Pope for the way things behind the game's camera needed to look. They even used the imaginations of fans to fill in the blanks for what an audience might expect the world of Arstotzka to look like.

"We did a lot of research about real life totalitarian regimes like the USSR, Nazi Germany, North Korea and also we looked into fictional dystopias like Orwell's 1984," says Nikita. "After that we were trying to create a unique look which wasn't copying any of those, but at the same time feels familiar. Because in a short story we don't have a lot of time to set the mood, we need to make the audience understand the setting pretty fast and clear."

Despite not requiring a huge number of filming locations, thanks to the claustrophobic inspector's office the game plays out in its entirety, one thing Papers, Please has in abundance – unsurprisingly – is paperwork. Documents, passports, rule books, memos, stamps, anything bureaucratic would need a prop to sell it on-screen, and this is where the bulk of the pair's work began.

"We made a list of things which would be needed – it was a very long list – and we were trying to find something similar in photos from different eras and countries," says Lilya. "Then me, Nikita, and our set designer were discussing everything we had found, trying to choose something. After that, we started to look for it on different websites, shops, set studios, flea markets. If we weren't able to find something, we were looking for a way to create it."

With help from artist Alexey Stepanov, the coat of arms of each country in the Arstotzkan region was fleshed out into passports – including a split-second cameo from infamous immigrant Jorji Costava's fictional Cobrastan. Jorji himself also appears in the film, hinting at one of our favorite storylines from the days you spend as an inspector. However, given the length of the film Nikita and Lilya could not focus solely on his mischievous exploits.

"It was a hard task," admits Liliya. "We realized that we could not use all the characters, so we were looking for those stories that will be able to reflect the main ideas of the game. The complexity of choice, the consequences."

"When we wrote the script we didn't want to put all of the game's story into a 10-minute film, it's just impossible," says Nikita. "Our goal was to create a short, intense story that reflects the main topics of the game and stays true and faithful to it. From that point we looked at the game, picked story branches that were suitable for that, then we changed them a little, added something new and in the end got a story that doesn't copy the game, but feels possible in the world of Arstotzka."

The threads chosen, and consequences of the inspector's actions throughout the film, will be memorable to anyone who sat wrestling with choices Pope forced upon us in his 2013 game. These moral dilemmas were the core of the experience for Nikita and Liliya, but the player's interaction with them and the internal conflict you have with yourself was a key missing component that the pair attempted to fill in their writing and direction of the inspector, Igor Savochkin.

"It is a very intense, deep story, with a lot of hard moral choices," says Nikita. "There is huge number of possibilities, you can choose and turn the story in many different directions. But at the same time, while adapting it to film we faced few major challenges. The inspector's character, for example. In game, basically, you are the inspector. You have to face all the dilemmas and make choices based on your feelings and thoughts. But in film we would have to create him, make him seem like a person with his own views and opinions."

The intersection of dystopian game fiction and moral quandaries appears to be something of a passion for Nikita and Liliya, when asked about which other games they'd like to see receive the same treatment as their project?

"Bioshock," they both reply.

"It has great potential and an incredibly atmospheric style and world," Nikita explains. "But in the case of small games it would have to be To The Moon, because just like in Papers, Please you would need to use a lot of imagination to adapt it to real life for a visual medium. It is an interesting challenge."