The next DLC courses in Mario Kart 8's Booster Course Pass will arrive on August 4. 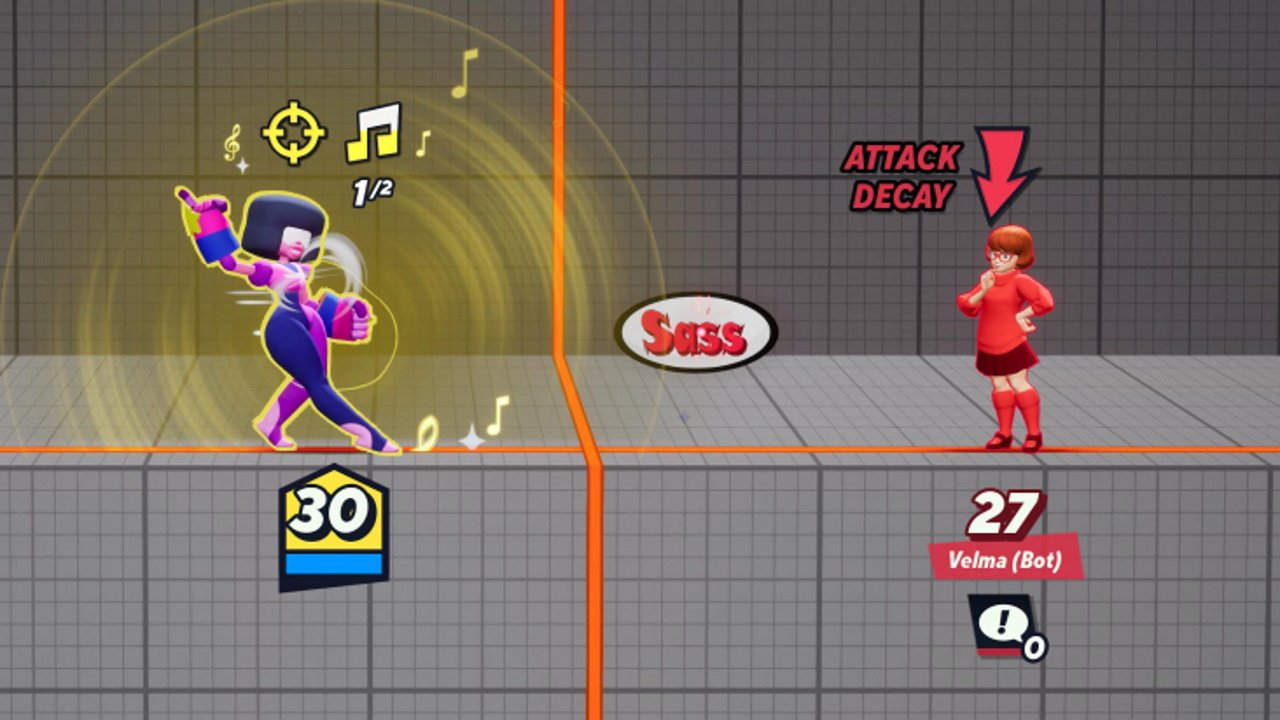 Learn how to play with cross-platform friends with our MultiVersus crossplay guide!

There are loads of status effects in MultiVersus, many of which are unique to certain characters in the roster. Keeping track of them can be exhausting for newcomers, so we’ve put together a quick cheat sheet breaking down all MultiVersus status effects so you can easily tell what that pesky effect a character causes actually does.

Status effects in MultiVersus are split into two categories: general ones like Armor and Invisibility, and character-unique effects like Taz’ Tasty debuff. We’ve split our list into two so you can learn the general terms before hunting down the more specific effects tied to each fighter. As noted in our MultiVersus tips and tricks, all Status effects can be viewed in the game's Glossary as well.

Characters with the Armor status will not be interrupted by attacks, though they will still take damage. Armor can be broken by purple moves with the Armor Break effect. In addition, multiple rapid attacks can break Armor. Some characters have unique Armor characteristics. Steven Universe’s dodge shield absorbs three attacks as Armor before being broken.

Use the same move too many times in a row (x10) and it’ll suffer Attack Decay, reducing its damage and the knockback it deals. This effect increases with repeated uses. Use other moves to hit enemies to recover the Attack Decay on a move.

Character is encased in a bubble and briefly Disabled but invulnerable. They can be broken out from the bubble by their teammate's attacks

Briefly become Disabled with love hearts over the eyes.

Cleanse removes any debuffs currently affecting that character. Wonder Woman’s down special, Defense of the Gods, is an example of a move which Cleanses allies.

Cooked is applied when the maximum stacks of Tasty (Taz's unique effect) are reached. Cooked characters are transformed into a cooked chicken which can run away but cannot attack for a medium duration.

The next Melee attack dealt will break armor and turn the target to face the opposite direction.

Grow a giant head and reduce all cooldowns temporarily.

The next attack dealt will apply Weakened to its target.

This pops up any time a move heals a character. Pretty obvious stuff.

Applying maximum stacks of Ice causes the Frozen status effect on the target (see above). Ice Gauntlets add Ice to the next melee attack.

Take damage over time until stacks of Ignited decay. Harley Quinn's confetti can cause the Ignited status effect at max stacks.

The Invisibility buff (typically applied within smoke) hides the character and their damage percentage from view. Invisible characters can still take damage.

Any projectiles will pass by a characters with Projectile Sidestep rather than strike them.

Resets the use of air dodges, air jumps, and air specials a character can use.

Removes any active cooldowns so moves can be used again immediately.

Applies the Bubbled status effect at maximum stacks. Stacks are applied whenever the owner receives knockback.

Shielded is a stronger form of Armor which blocks both knockback and damage from the next hit. Wonder Woman’s down special, Defense of the Gods, is an example of a move which grants Shielded.

Character takes damage over time and deals damage to any allies that they come into contact with.

The Slowed debuff reduces the movement speed of any characters or projectiles affected. Slowed is indicated by a turtle icon appearing above the character or projectile

Stop a projectile in midair, halting its movement.

Increase the damage dealt by all moves.

The Stun debuff freezes a character in place, Disabling them. When a Stunned character is attacked, they will take full damage and knockback and clear the Stun effect.

Projectiles with Targeted will seek out the owner's location or a targeted ally/opponent.

Maximum stacks of Tasty will apply the Cooked status, turning the target into a cooked chicken. After the first application, further stacks of Tasty are applied any time the character receives knockback. Taz's regular side attack applies Tasty.

When a character with Thorns receives damage, the attacker takes a small amount of damage in return.

The next attack will break Armor and turns the target to face the opposite direction.

Wall Fatigue is a penalty applied for jumping on walls or wall sliding continuously for too long. Wall Jumps will no longer Refresh and the Dodge Meter deplets while Wall Fatigue is active.

The Weakened status effect debuff is indicated by a broken bone symbol. Weakened characters receive greater knockback and damage when hit. Weakened can be stacked.

Finn can purchase a Booty buff using gold. Booty grants Finn and his allies a projectile shield whenever he charges attacks.

Several of Steven Universe’s attacks apply Rose's Gaze debuff stacks. If the stacks reach maximum, that character will receive the Bubble debuff, locking them into a floating bubble for a short duration and removing their ability to act.

Bugs’ side special blows a kiss which Charms any enemies hit. Charmed enemies are forced to follow Bugs briefly without attacking. In the current closed alpha, Charmed stuns enemies instead of making them follow him.

Any allies who pick up Jerry are granted the Cheese buff, increasing their damage. If allies with Cheese move over a placed mouse trap, they’ll add cheese to the trap, increasing its power.

Velma’s down special throws a book projectile which homes on her ally to grant them and her the Educated buff if it hits. Educated reduces the cooldown on all relevant attacks.

Whenever Batman is within his Smoke Cloud, he gains increased movement and attack speed.

Superman’s Ice Breath causes the Ice debuff to stack on enemies. If an enemy reaches maximum stacks they are Frozen. Ice breath will also grant allies and allied projectiles the Ice Gauntlets buff, applying Ice on their next successful hit.

Music is a stacking buff granted by Garnet’s neutral special attack. The longer allies remain within the radius, the more stacks they game. One stack of Music grants a speed boost to allies. Two stacks of Music grants Armor Break to all melee attacks. Music stacks decay over time.

When Arya’s allies are killed, she gains the Rage buff for a brief duration, indicated by an eruption of fire. While Rage is active, Arya deals maximum stacks of the Weakened debuff.

Bugs Bunny’s side special blows a kiss which grants allies a Rage buff. Their next attack gains the Armor Break effect.

Shaggy’s neutral special will charge Rage. When the bar is complete, he’ll erupt in fire and enter the Rage status. While in Rage, Shaggy’s special moves are boosted, he receives armor while casting, and he applies Weakened to any enemies hit. Any nearby allies will also receive a small rage buff which applies Weakened on their next attack.  Rage is consumed whenever Shaggy uses a special attack.

During Rage, Shaggy’s up special will hit multiple times, his down special will pull a larger sandwich which deals higher damage (or slam to create shockwaves when airborne), and his neutral special will dash him to his ally before emitting a blast projectile to knock away enemies.

The Stopped debuff applies to enemy projectiles. Stopped projectiles will freeze in place and can be reflected with melee attacks. Garnet’s neutral special will Stop projectiles that hit its radius.

Tasty is Taz’s unique ability status, applied by several different attacks. Any enemies with Tasty stacks applied will gain an extra stack any time they’re knocked back. Tasty stacks decay rapidly over time. If an enemy reaches the maximum number of stacks, they’ll have the Cooked Chicken status applied, transforming them into a giant roast chicken.

Players with the Cooked Chicken status cannot attack for a short duration. Any time a Cooked Chicken player is hit, they’ll drop pieces of chicken that heal Taz or his allies when picked up.

Those are all the MultiVersus status effects we know of so far, but if we’ve missed any, share them in the comments below! For more tips, check out our guide on how to unlock characters and the full confirmed character roster. Want to improve your skills? Our tips and tricks guide will break down things the MultiVersus tutorial won't teach you!