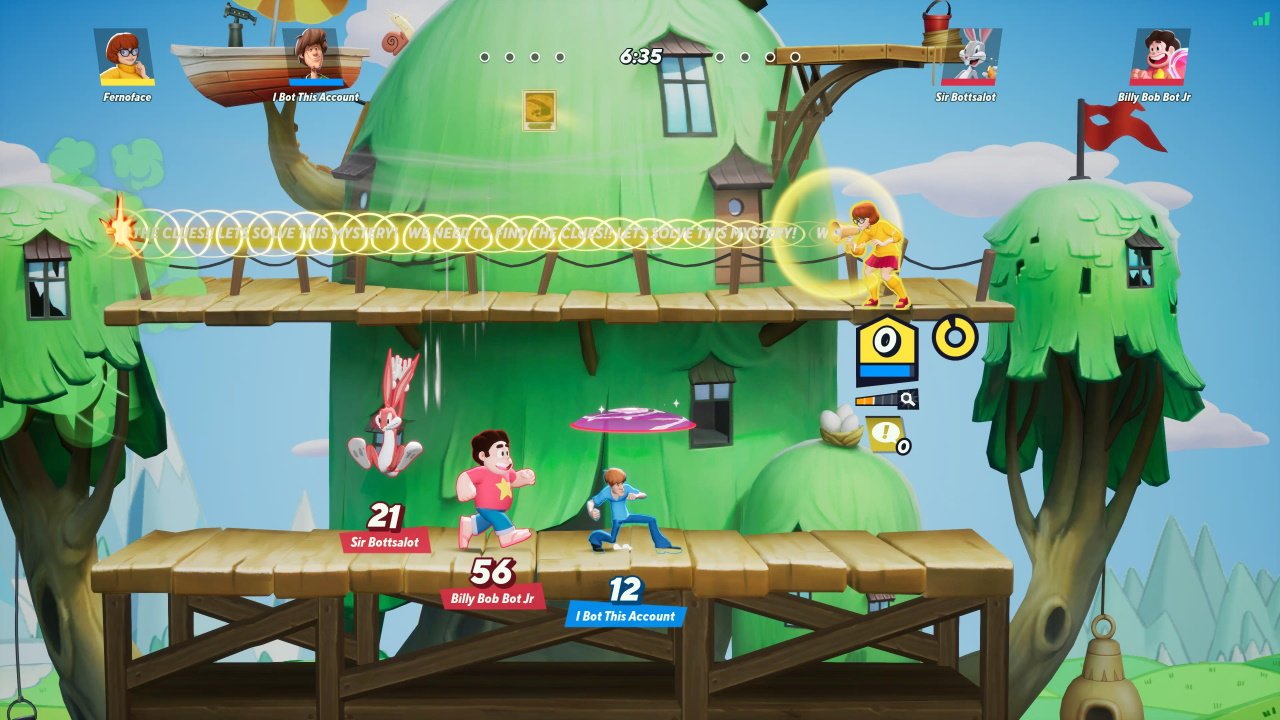 MultiVersus is a serious Smash contender with some questionable systems

For how ludicrously popular the Super Smash Bros. series is, few studios have dared replicate its platform-fighting formula. It probably doesn’t help that the scant major-budget attempts like Sony’s PlayStation All-Stars Battle Royale have been, how to put it? Just a bit naff.

There are solid Smash Bros. style games out there, But the world has long been waiting for a franchise-mashing contender to limber up, step into the ring, and take on Nintendo’s seasoned brawler. After a weekend spent battling in the MultiVersus closed alpha, we reckon it might be the first to remain standing when the bell rings.

A multiverse of mismatched faces

On the face of it, Warner Bros’ fighter is an odd mix. Arya Stark teaming up with Batman to beat down Velma and Jake the Dog? MultiVersus’ world doesn’t quite have the same easy acceptance of Smash’s video game exclusive showdowns. But developer Player First Games has worked hard to unify MultiVersus' roster of stars under a cohesive art style. And once you start playing, it kinda works.

MultiVersus leans into a cartoon aesthetic, which should come as no surprise for a game that includes Bugs Bunny, Shaggy, and Steven Universe. The look helps bring a much-needed wackiness to the more dour-faced contenders. You might just be able to forget that the pies cartoon Arya cooks up with each kill are probably made from Bugs Bunny’s children.

For Smash Bros. stalwarts, movement and fighting in MultiVersus will feel like second nature. Shields and throws have been dropped in favor of rapid dodges, but the general principles and motions are there. Special moves, combos, off-stage spikes – everything feels solid. There’s far more leeway in the air – everyone gets a double jump, two air dodges and two specials when airborne – which only serves to make things more welcoming to newcomers.

It’s clear from the outset that Player First Games wants MultiVersus to appeal to both competitive and casual crowds. The trouble right now is that the game lacks Smash’s elegance in clarity. Figures like Bowser and DK provide distinct and sizable shapes to alert you of their power. The majority of MultiVersus’ cast, on the other hand, are humanoids of roughly similar size and stature. There simply isn’t enough distinction in stance and shape to make the game as easily readable. Pair that with a slightly more zoomed-out camera and it’s easy to lose track of who’s swinging at who in your first few games.

Every character also comes with a unique mechanic. Velma gathers evidence before calling the police for a special takedown. Batman applies the weakened status when attacking inside a smoke bomb. Taz attempts to season his opponents enough to transform them into a giant roast chicken. These often hilarious systems are great for high-level strategies, but they also serve to make your opening few hours chaotic at best, incomprehensible at worst. Until you’ve fought as or against the entire roster, you’ll often be left baffled by what your opponent is capable of.

Where MultiVersus shines is in team mechanics. One-on-one duels may have taken Smash’s competitive scene by storm, but MultiVersus is built with 2v2 fights in mind. It’s a choice that grants the team plenty of leeway in character design.

Fighters come in distinct archetypes: Assassin, Tank, Brawler, and Support. The latter is built almost entirely around boosting teammates. Scooby Doo’s Velma, for example, can heal and chain attacks off an ally, or grant them reduced cooldowns. Reindog – MultiVersus’ only bespoke character so far – can tether teammates, saving them from ring outs with a well-timed yank. These linked abilities hold potential for playstyles and combos that simply aren’t possible in Smash, and we’re already eager to see how professional players harness them over time.

A lot of love has been given to the source material, too. Whether it’s through contextual quips or comedic extra effects, it’s clear that Player First Games wants fans to feel like their favorites are accurately represented. Touches like Velma blurring the screen slightly whenever she “loses” her glasses by crawling show a sense of playfulness that’s extremely welcome amid such a ridiculous starting concept.

There’s a lot to love in MultiVersus but a lot to be concerned about too. The biggest reservations come not through gameplay but the systems surrounding it. The shop isn’t available during the closed alpha, but it’s easy to see how it’ll be brought into the fold. Characters, taunts, ring-outs, skins, and even Toasts used to cheer other players can be purchased using Coins. There is (of course) a battle pass split into free and premium tiers.

Where things take a turn for the more insidious is through stat modifications. Perks can be equipped to drastically alter the effectiveness of your character. Customization on its own isn’t bad, but you’ll need to unlock them first. Jump into a game with a base character and you could find yourself matched against someone with a 10% boost to knockback and damage, or the ability to triple jump. You can piggyback off your ally's perks, but it’s rare for matches to feel fair. Seeing a wealth of powerful perks touted before the start of a game makes it easy to feel beaten before the fight has even begun.

It’s not yet clear how perks will tie into the paid mechanics, but with the inclusion of systems like Perk Training and the potential for battle pass exclusive perks, it’s not a stretch to imagine how MultiVersus could grant those who cough up cash a significant advantage over their opponents. If ranked online play is in the plans for release, MultiVersus is effectively setting up myriad hurdles on its own path to an even competitive playing field. Whether it stumbles or succeeds remains to be seen.

MultiVersus is due to be released for PC, PlayStation and Xbox in 2022.