MultiVersus: How to play with friends

Learn how to add and invite friends in MultiVersus so you can play together! 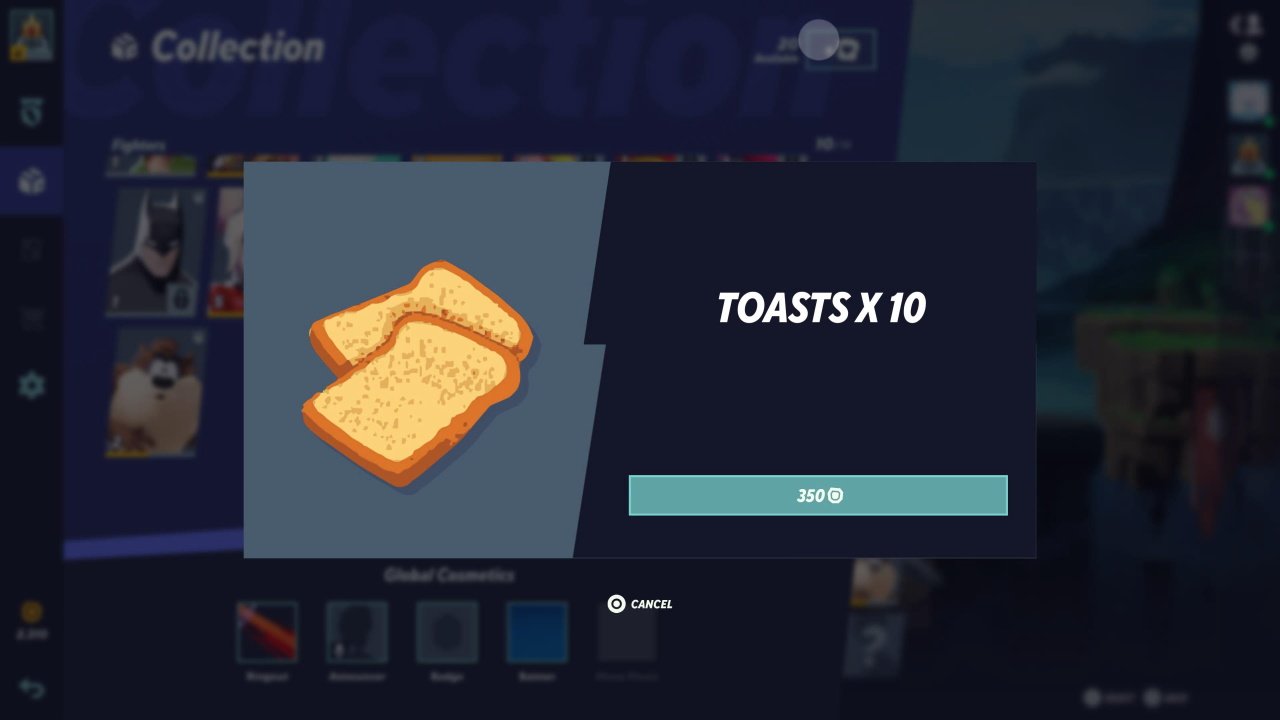 Gloomhaven to get 2023 console release

One of the first missions you’ll be set in MultiVersus is to toast another player. What you won’t get told, however, is how to toast in MultiVersus. In this guide, we’ll explain how to obtain that fired-up bread and how to give it to the people you play against.

You’ll have the chance to toast in MultiVersus after you finish an online match against other human players. So long as you have toast available, you can select the toast icon above their player banner on the post-match results screen to toast them.

Toasting is essentially an opportunity to congratulate another player and say that they did a good job that match. It grants that player +25 coins as a bonus.

In online games, you aren’t able to toast until you complete a series such as a best-of-three, so wait until the end of a full set of matches and then you should see the icon appear. When another player toasts you, you’ll see a pop up box appear with the option to toast them back as well.

MultiVersus: How to get toast

Before you can offer anyone a congratulations, you’ll first need to get toast in MultiVersus. You can buy toast for Coins at any point from the Collection menu. The icon in the top right corner of the menu will show how many toast you currently have. Select it and you have the option to buy 10 toast for 350 coins.

We wouldn’t recommend buying toast early, however, as there are several other ways to get toast in MultiVersus. Many characters will reward toast as you progress through their Mastery ratings. That means you can earn a steady supply simply by playing matches with a range of characters.

Given purchased toasts are effectively a downgrade in overall Coins (they cost 35 Coins per toast buy pay out 25), it’s effectively best to save your toasts for free ones you’ll unlock while playing. Especially when you’re saving up to unlock characters.

That said, if a player performs particularly well, especially teammate, give them a toast in MultiVersus is a great way to thank them for a great game.

That’s all there is to know about how to toast in MultiVersus. For more tips, read our guide on how to play with friends and our full confirmed character roster.