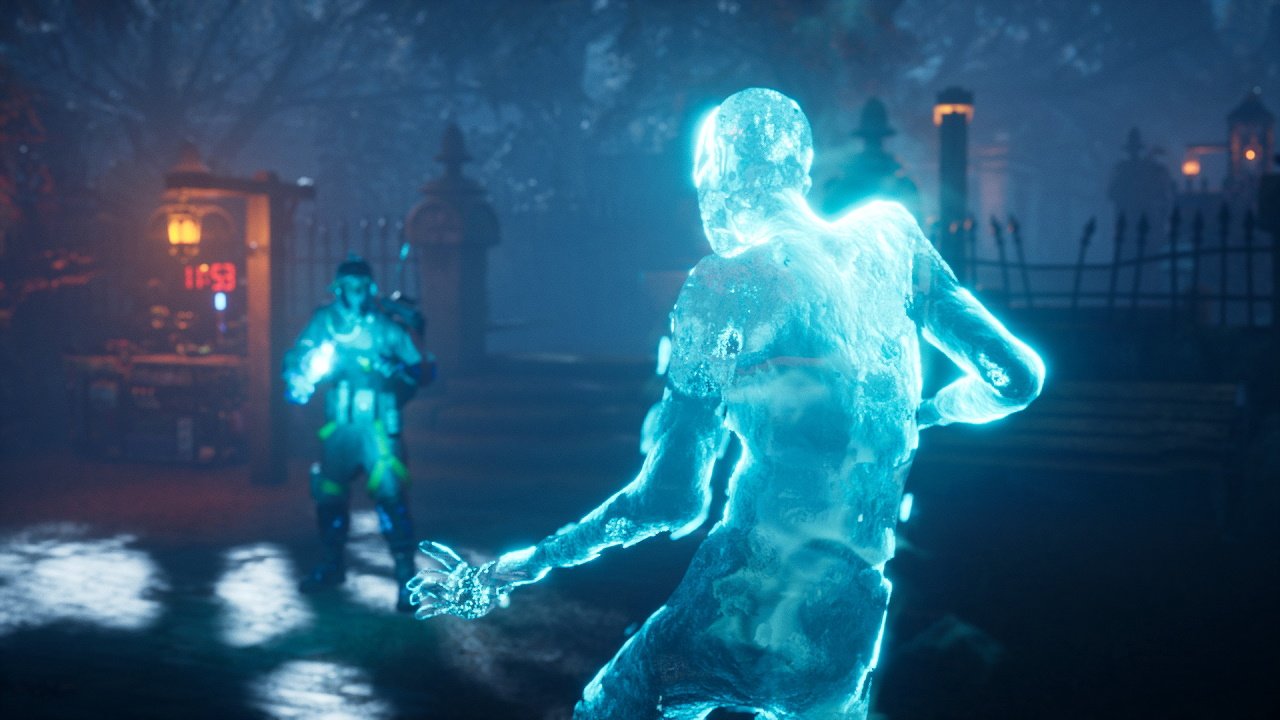 Learn all the Ghost abilities in Midnight Ghost Hunt along with Haunts and Perks you can use to evade your clumsy human hunters!

To taunt in Midnight Ghost Hunt, you need to press V while possessing an object. This will emit your currently equipped taunt sound to all players, even your hunters. By default, the taunt sound is a single bell ding, but using the game’s customization menu you can unlock all manner of effects from door knocks and creepy chuckles to bongo beats and stream train horns.

You can see the controls for taunt shown faintly in the menu on the left when playing, though oddly the input doesn’t appear in the game’s control rebind area.

Taunting serves an extra purpose in Midnight Ghost Hunt. When you taunt, you’ll also clear some of your ectoplasm build up. This is a status which builds up when you stay in one place inside an object for too long. The higher your ectoplasm, the easier you are to detect with tools like the Radar and Spectrophone.

So while taunting may reveal your location with an audio clue, it’ll also reduce the ability of hunters to detect you from a distance. As such, it’s worth taunting when you don’t think anyone is nearby so that you can stay hidden.

Some objects also come with their own unique taunt abilities. Our favorite example of this is the wooden duck figurine found on many levels. Possess this and you’ll notice a new bar fill up over a megaphone icon in the bottom right corner of the screen. When full, this can be activated by tapping the H key. As the duck you’ll, you guessed it, honk loudly. Other items feature different sound effects, so try possessing different things to see what you find!

That’s everything to know regarding how to taunt in Midnight Ghost Hunt. You can read more on our early thoughts about the game here.