Concept art for a new Silent Hill appears to have leaked

And it could be set in the UK. 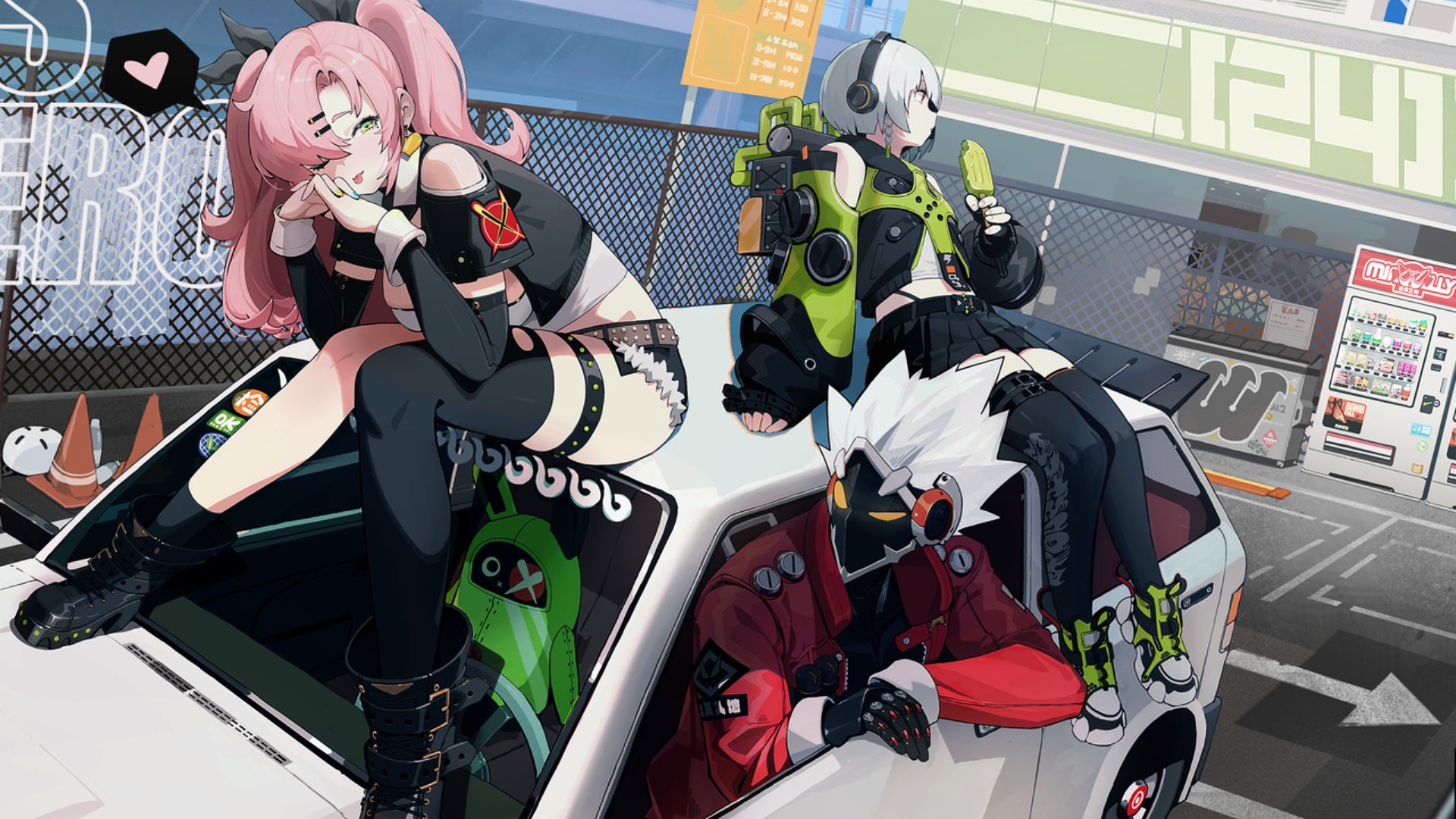 The countdown is over and Zenless Zone Zero is revealed, the new game from Genshin Impact and Honkai Impact 3rd developers HoYoverse (formerly miHoYo).

A debut trailer for the futuristic action brawler was unveiled at the end of a week-long tease, showing off the game's urban setting and a roster of varied characters to battle as. There's also an absolutely ripping future funk soundtrack with some lo-fi hip-hop thrown in at the end in the apartment hub.

In typical HoYo-style, the playable anime characters range from catgirls to cool gun-toting assassins to a giant bear that swings around a pillar as a sword.

Characters appear to be split into factions or teams, from the edgy and cool anime archetypes, to a crew of construction workers, and something called the Victoria House Keeping faction, which is where the obligatory maids and butlers fit.

The gameplay is set to be the usual combat style of HoYo games, but with reference to QTE combos, and a roguelike progression system with a changing labyrinth structure. The sign-up for the Tuning Test beta also asks lots of questions about Hades and Dead Cells so expect there to be some elements borrowed from those games.

The story for Zenless Zone Zero is described on the website as:

"Players will play the role of a “Proxy” and embark on an adventure with a diverse group of partners to conquer the unknown enemies and unravel the mysteries in New Eridu — the last shelter for urban civilization.

"Contemporary civilization has been destroyed by a supernatural disaster known as the “Hollows”. They grow exponentially out of thin air, creating disordered dimensions where mysterious monsters dubbed the “Ethereal” roam. New Eridu, the last urban civilization that survived the apocalypse, managed to thrive by acquiring the technology to extract valuable resources out of the Hollows.

"As New Eridu became the city of miracle and attracted more resettled residents, it also started the massive exploration of the Hollows for its perpetual expansion. The Hollows then became industrialized and monetized under the city’s administration, which gradually led to the increasing tension between monopolistic enterprises, gangs, conspirators, and fanatics.

"Players in the game take on the role of a "Proxy" — a special professional who guides people in their exploration of Hollows. A great many people want to enter the Hollows for their own various reasons, and the "Proxies" are their indispensable partners. Players will help them explore the Hollows, battle their enemies, achieve their goals, and in the process learn more about their story."

References in the game's mini-site to characters having dual personalities suggests there is a real world and Hollows world separation side by side, similar to Persona games, which the game's overall vibe appears very reminiscent of.

If you like any of the games we're talking about here, might be worth signing up at the Zenless Zone Zero site for the Tuning Test beta registration, as HoYoverse's previous genre-borrowing from Breath of the Wild resulted in Genshin Impact being one of the biggest games in the world right now.