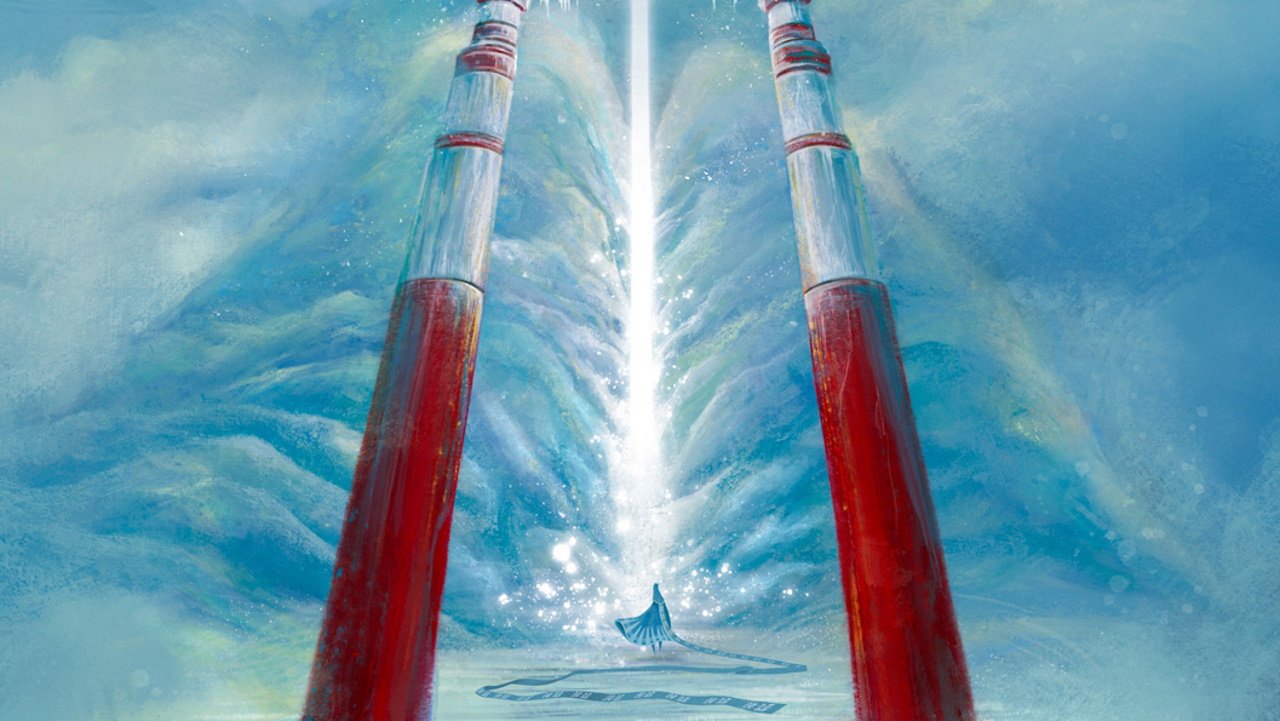 Austin Wintory on the challenges and goals of revisiting Journey's soundtrack

This is part two of an interview with Journey composer Austin Wintory – read part one here.

Journey is an enigma. A game that, on paper, reads like a beautiful but brief diversion. Yet everyone who touches it comes away spellbound. In no small part, that magic is thanks to the captivating score of composer Austin Wintory. 10 years on from release, Journey’s music still pulls listeners in their droves on streaming services. The score has been replicated by orchestras around the world, and even performed live to gameplay.

Journey is special. Not just to its fans, but also to Wintory, whose life it transformed dramatically. To recognize the game’s 10-year anniversary the American composer has revisited the music that reshaped his career. Traveler - A Journey Symphony is a full, orchestral reconstruction of Journey’s beloved soundtrack, and to Wintory, a surprise tribute to the game’s dedicated fans.

“I didn't even tell thatgamecompany or Sony I was doing it until I was well past the point of no return on the project,” Wintory says. “And it was very much a personal labor of love, due solely to the 10th anniversary.”

The genesis to return to Journey came from his partnership with Hades developer Supergiant Games’ 10th anniversary concert in 2019. After helping adapt their games to an orchestral performance, Wintory found himself looking to his own past.

“It dawned on me about a year later that Journey has its own 10th anniversary coming up,” Wintory explains. “And in the background of that, the London Symphony had cold called me several years earlier and said, ‘if you ever want to collaborate, you know, here's how to reach us. We would be open for whatever you are interested in.’”

Tracks from Journey have appeared in numerous concert performances over the last 10 years, yet converting it fully didn’t come naturally to Wintory. The composer is more comfortable jamming with Tuvan throat singers than directing a quartet.

“Normally I write weird combinations of instruments, and so a traditional kind of lush symphonic orchestra, the only time I ever really work with ensembles like that is in concert,” Wintory says. “When I'm in the studio, I'm writing something that's not traditionally orchestral at all.

“Even Journey, in its sort of original native state, is basically a few solo instruments – cello, bass, flute, harp, viola – and then there's little smidgens of kind of a small string section, about 20 players, as you get closer to the end of the game. Then there’s loads of electronics that I programmed. So there's nothing orchestral really about it other than the brief appearance of strings.

For Wintory’s experimental mind, resorting to classical compositions went against everything that felt natural to his approach. The solution, when it came, was through a change in perspective.

“The original [soundtrack] is almost like this New Age album, and I say that in a kind of tongue-in-cheek way, because most New Age music I considered to be agonizingly cheesy,” says Wintory. “The ingredients of New Age music tend to be like synth drones, a lone solo – cello or piano or something with a lot of reverb – and then, you know, vocal pads. That kind of stuff.

“If we accept that Journey is fairly close to that, if you translate this into a lush orchestral expression, it’s more like what you would expect in a Miyazaki film. It's still kind of meditative or contemplative in nature, but expressed with this huge, lush sound.”

The new composition might have a full orchestra behind it, but that didn’t lock it into being grandiose by nature.

“That became the kind of guiding light: how do I make a huge orchestra not sound bombastic?” Wintory says. “I don't want them to be this giant blood-and-thunder epic orchestra, which they are very capable of. In fact, it's sort of difficult to avoid, because it's just so huge. But it's not Journey to sound like that. Journey is fundamentally not about epicness or anything like that.

“So it became its own interesting, creative challenge. How do I leverage an orchestra just to kind of not be what it's desperately trying to be? And that sort of became the guiding path through figuring out how to just make these arrangements sound interesting.”

The path still wasn’t easy, however. That the original essence of the game and score could be lost in translation remained an ever-present concern.

“It was an active challenge during the entire arranging and producing process,” admits Wintory. “I don't want to underutilize the power that a symphony orchestra can bring, but I also don't want to betray what it is that defines Journey. Every section, every track of the album down to every tiny, little 16th note was kind of a negotiation between these competing interests.

“Even up to the recording sessions, where I'm literally conducting the London Symphony, I was finding myself turning to the orchestra and saying, ‘let's actually take these 30 measures one more time, and everybody be just a little gentler than we were before.’ I was even negotiating with my past self, in what I had put on the page while producing the recording, in order to just make sure that it always felt sort of true to Journey.”

Remaining faithful is important, but hold too tightly and you risk restricting something new from being born. To Wintory, the idea of generating a replacement was even worse.

“I don't want to create the impression that I'm somehow fixing it,” Wintory says. “You know, like there was something inherently lesser about the original and now I'm kind of finally making it how it ought to have been. I did need to kind of embrace making things different.

“I would reach these kinds of forks in the road where Journey went that way, and I let the new one go a different way. They started off nearly identical, and then they really do part ways and then kind of rejoin the path somewhere downstream, there's quite a lot of that throughout the whole record.”

Rather than aiming to draw in new fans, Traveler was intended to offer something new to existing ones. A revitalization that recognizes their experience with the original score.

“Part of my fantasy was, if someone's listened a million times to the original album, I want this album to give them that hopefully, positive experience of what it felt like to hear it for the first time,” says Wintory. “Where around every corner was something new, that was hopefully exciting and nice, and you know, positive. And you can't actually recreate that, but I can get close by making it kind of dance with the familiar.

“If I could go back and watch Star Wars, or Jurassic Park for the first time and, you know, erase all prior memory to see those films like I did when I was a kid, I can think of no greater thrill than that would provoke.

“In a way, I think I can get more effectively close than when games are like, remade or remastered, because it's just slicing off a portion of the game experience and letting all the memories of the game kind of infuse into listening to this new music. It creates a thing that's simultaneously old and new.”

Age is inescapable, and in a relatively young industry, Journey is already growing old. But through the people it and its music connected with, this small title remains a fresh, unforgettable presence in both video games and Wintory’s life.

“Journey is one of those I always expected to kind of become yesterday's news,” Wintory says. “Yet I still get messages every day from people rediscovering it. Someone messaged me this morning to say they were playing some of the opening piece, Nascence, at their father's funeral. I get messages to that effect constantly, and I always write back to those people. Sometimes it takes me ages to do it, but I will always write back to let them know that it's life affirming. It's sort of life-choice validating as a composer to get a message like that. I could never ask for something like that, and yet I'm deeply grateful to be able to play a role in these people's lives.

“[Traveler] really is for the people that have already been so unduly generous to me this past decade. And hopefully, it gives them something kind of nice to add to their listening docket.”

Our thanks to Austin Wintory for his time. Traveler - A Journey Symphony, is available to purchase on Bandcamp. A 10th anniversary vinyl of the original soundtrack is available to pre-order from iam8bit.