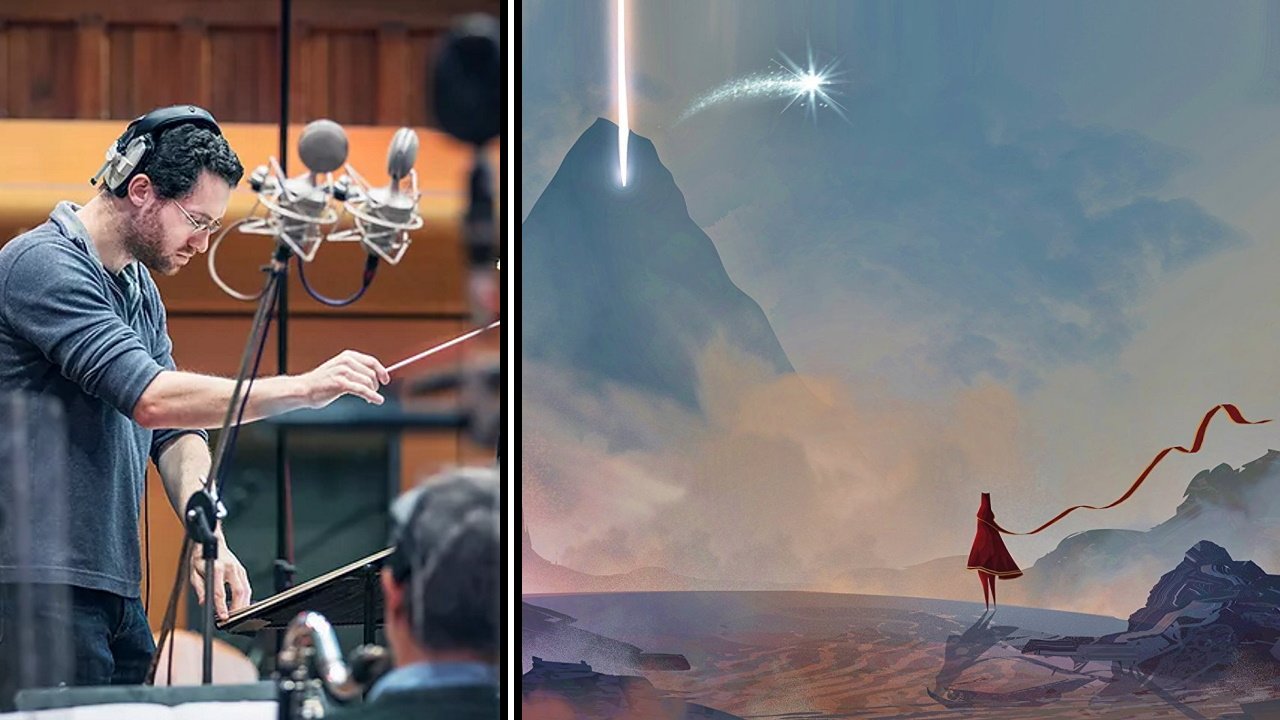 Video games have taken us many places, but only a handful have ever drawn us into a concert hall brimming with fans, memories, and anticipation. It’s a feat that usually demands a storied history; decades of releases that only the likes of Mario, Zelda, or Final Fantasy can fall back on. And yet, in 2012, thatgamecompany’s Journey decided to break the rules. Accompanied by a gorgeous score, Journey won the hearts (and ears) of players in just 90 or so minutes. It’s a game that changed things. Most of all, the life of composer Austin Wintory.

“I have composer friends and colleagues that by every metric you would consider successful, that have never had an experience like I have had with Journey,” Wintory says. “And I fully expect to never have anything like that happen ever again. Everything about it is so fortuitous. And so, to me, it's just kind of gratitude at every step of the way. Every day of the last 10 years has been this recognition of holy crap – just remember this because it's never coming back.”

Journey showed that music from games, both big and small, deserved recognition. Its tracks have racked up millions of listens across Spotify and YouTube, and drawn audiences to witness orchestral renditions performed live to gameplay. Journey has stuck with us, and it’s stuck with Wintory too. Since the game’s release, the American composer has scored a wealth of titles, including The Pathless, Erica, Abzu, and The Banner Saga. Crucially, he’s also been a driving figure in bringing video game music to the concert hall, all starting with Journey.

“I have been inordinately lucky with the concert reception of Journey,” Wintory says. “I think, partly, it's one of those things where one success begets another, you know? When I talk to young composers, I say landing your first job is just infinitely more difficult than landing your second. I think concert programming is kind of comparable.

“I come from a fairly classical background. And so as soon as I was in a position to have Journey performed, I had all the sheet music and performance materials prepared. And I'm also a reasonably experienced conductor. And so, you know, once you share a photo or two, it catalyzes a lot more of that happening.”

It wasn’t just Wintory that was preparing, however. Others have been eager to get stuck in with video game concerts, though not always, as you might expect, developers or publishers.

“Oh, yeah, not only is it the other way around, video game companies can sometimes be the roadblock,” says Wintory. “Nintendo being the most famous example of a company that just absolutely – it's like pulling teeth to get the permissions in place to perform their music live! Despite the fact that it's for all intents and purposes free advertising for them.

“So many of the opportunities that I've had are orchestras just cold calling me and basically being like, ‘we don't know anything about video game music, can you help us?’ They're not doing an official Video Games Live, but they're kind of inspired by that model, but they don't know where to start.”

The interest is definitely there, but that’s not to say it’s been a smooth transition. As with everything in the classical music industry, adjustment takes time.

“Orchestras went kicking and screaming into the world of performing film music onstage a half a century ago because they looked at someone like John Williams and realized, you know, a Star Wars Show can sell a lot more tickets than a Mozart show,” Wintory laughs. “Video games basically repeated that pattern with a different audience. It's like a royal flush, the full set requires all three – the concert repertoire, film music, and video game music.”

The results are beginning to show. In 2020, Toby Fox’s indie hit Undertale celebrated its five-year anniversary with a streamed orchestral concert. 2022 will mark the BBC’s first Gaming Prom, a dedicated orchestral segment held in one of the world’s most prestigious classical festivals. The trouble, still, is that not every game is ready for the orchestral treatment. Many video game scores aren’t even designed with physical instruments in mind.

“Oh, it's absolutely a limiting factor,” says Wintory. “Because basically, an orchestra comprises a set ensemble of instruments. And if the music is not written for those instruments and you want to perform it live, it has to be what we call transcribed or rearranged in some way to fit those instruments. And orchestral treatments are a thing that go back, you know, hundreds of years. There's no sort of dark arts or magic to it, but it does require that you either know how to do that, or have access to someone who can do it for you.

“The more disparate the source material, the better off I think you are in doing that, like if it's full on 8-bit chiptunes? An orchestra trying to emulate that, in my estimation, is going to sound willfully cheesy. So embrace that an orchestra sounds different, and approach it to sound different, knowing that the notes are still the notes. If it's good music, it's good music – it doesn't matter what sounds are expressing that.”

With feet set firmly in both worlds, gaming and orchestra, Wintory is an ideal candidate to ease that transfer. His work since Journey has involved him assisting numerous games across the divide, even offering the chance to conduct the first orchestral recording of his favorite gaming soundtrack, Grim Fandango. In 2019, he teamed up with Bastion and Hades developer Supergiant Games. The studio’s 10th anniversary was to be a theater-filling performance, but first Wintory needed to help bring the music of their composer, Darren Korb, to the stage.

“It took the better part of a year to [adapt] some of Darren's songs. Not only were they not written for orchestra, there was nothing even written down!” Wintory says. “Darren is the kind of composer who will kind of get a sense of what he wants to do and he'll pick up a guitar, he'll sit at the keyboard and start noodling around.

“Like, there is no equivalent to a guitar strumming chords for an orchestra. So the question is how do we reimagine that to represent that music. In [that case] the goal was not to do a faithful reconstruction, it was to do a total reimagining and tend to feel not beholden to the source material.”

The result was spectacular, and it was an approach that would eventually lead Wintory full circle, back to Journey. The 10th anniversary approaching, the time felt to give something back to the fans who had impacted his life so significantly. Traveler - A Journey Symphony was born.

This is the first part of our interview with Austin Wintory. Come back tomorrow to learn the challenges he faced in reimagining Journey’s soundtrack for a full orchestra.

Our thanks to Austin Wintory for generously offering his time. Traveler - A Journey Symphony is available now on Bandcamp.