After 30 years FIFA is no longer the big name in soccer games, for now. 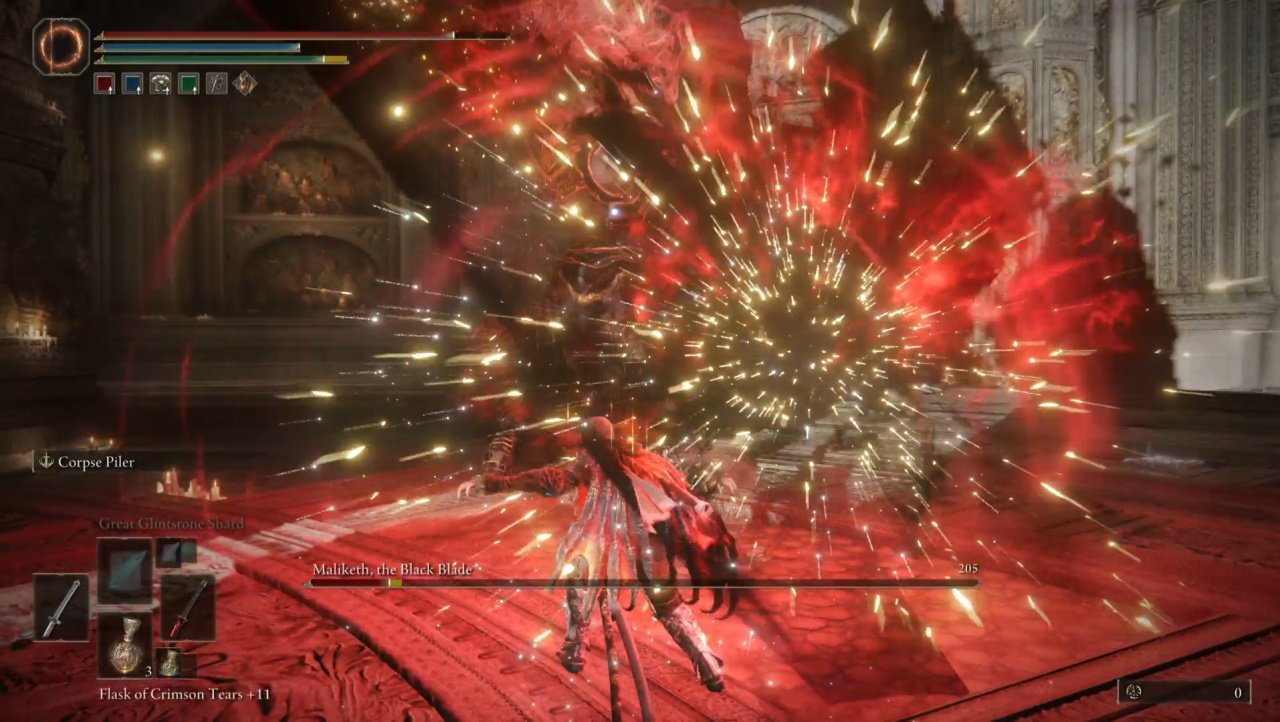 Plus all the release dates and demos announced for what was shown.

To use the Blasphemous Claw in Elden Ring, you’ll first need to equip it. We recommend adding it to one of your quick item slots rather than you pouch, as this way you can access it instantly by holding Triangle on PlayStation or Y on Xbox rather than having to cycle through pouch items in the middle of the boss fight.

The Blasphemous Claw can only be used in the Maliketh, the Black Blade boss fight, and only at specific times. During the second phase (after the Beast Clergyman), what you’re looking for are attacks which make Maliketh’s sword glow golden yellow. When you see the blade flash yellow ahead of a strike, you need to use the Blasphemous Claw right as the attack is about to hit you.

There’s a generous timing on this parry window here, but if you use the Blasphemous Claw correctly, you’ll see a large red effect bloom out from you, repelling the hit. This will stun Maliketh for a lengthy period of time, allowing you to deal heavy damage to him. Maliketh will flail his weapon slowly while stunned, so avoid getting hit as you move in to hurt him back.

Here’s how using the Blasphemous Claw to parry looks in practice:

The primary attacks Maliketh uses which can be parried by the Blasphemous Claw are a leaping slam when jumping off a pillar, and attacks which follow his aerial Black Blade projectiles. In both cases, Maliketh’s weapon will glow yellow ahead of the strike, so prepare to use the Blasphemous Claw in advance.

Now that you know how to use the Blasphemous Claw in Elden Ring, you’re ready to take on Maliketh and unbind the Rune of Death. Read our Maliketh boss guide for more key tips to help you overcome this powerful enemy and open up those parry opportunities.