Warped Kart Racers puts many of Fox animation's best known cartoon miscreants on the starting line on May 20. 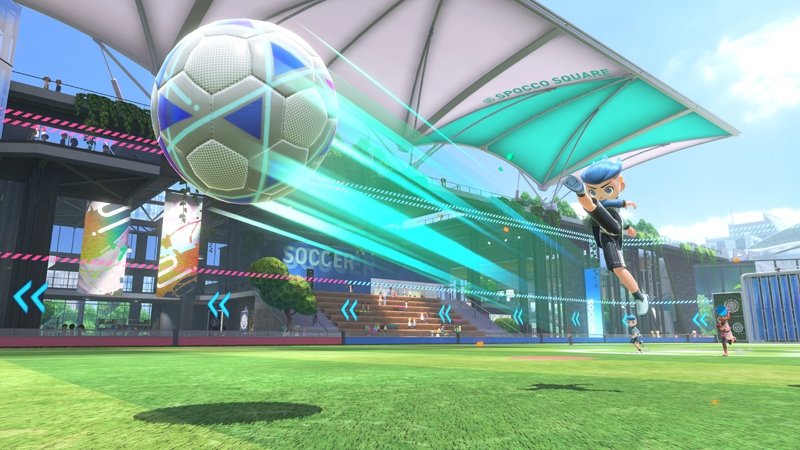 How to bowl strikes in Nintendo Switch Sports Bowling

A consistent and repeatable method to score strikes in Nintendo Switch Sports Bowling.

If you’ve been enjoying Nintendo Switch Sports offline or playing online with a friend, you’ll likely have missed Pro League entirely. This online ranking system only unlocks once you’ve played 10 games in a given sport within the Play Globally section. And even then, only when you play solo.

Pro League allows you to raise your rank from E all the way up to A by winning matches online against similarly ranked players. You'll even earn achievements along the way. It sounds like an extra for seriously competitive players, but earning it is well worth the effort in certain sports. Bowling, for example, will swap to a special new form that sees you testing your skills on wacky lane set ups with slopes and extra obstacles.

And if you don’t like the competition? You can turn off Pro League at any time in the game’s User Settings.

That Special Bowling we mentioned above? You can also play it offline any time you want. Load up Bowling in local mode and you’ll have the option to choose the Special lane type when you start. You can also swap to it by picking Change Match Settings after you complete a regular game.

Special Bowling challenges you to take on unique lanes with slopes, holes, obstacles, and shifting hazards. It’s a great change from the standard mode, and one that shouldn’t be overlooked when you want a break from the regular online play.

Hooking your bowling shots is essential for Special Bowling, but in the basic game? Players have already found an unexpectedly easy method of securing strikes. Oddly, bowling directly down the middle of the lane at high speed with no spin will almost guarantee a strike with every toss. It’s a terrible technique in real life, yet Nintendo Switch Sports Bowling appears to reward it generously. Read more about how to pull it off here. Nintendo might update the mode to make it more difficult, but for now it’s an easy way to rack up points and Pro League ranks online.

Soccer – or football, depending on where you find yourself in the world – is one of the best games in Nintendo Switch Sports. It’s also oddly obtuse, hiding some of its key mechanics on occasional loading screens rather than, you know, the tutorial. Master these skills, however, and your goal count will rise through the roof. Well, if the pitch actually had one, that is.

In the tutorial you’ll learn how to kick, sure, but did you know that you can also pass the ball directly to a waiting teammate? Hold down ZR while looking in their direction and your next kick will send the ball sailing over to them.

You’ll still need to decide what type of kick to take, but it’s a powerful tool for getting past any opposition closing you down. And if you’re waiting for a pass, a tap of the A button will call out to your teammates, alerting them to your position.

Getting a shot on target is hard enough in Nintendo Switch Sports without an opposing player getting in your way. With Curved shots, your kicks will send the ball spiraling around any would-be goalies.

By twisting the Joy-Con during and after your kick motion, you can add spin to the ball and send it in an arc instead of a straight line. We’ve found slow twists to work better than sharp jolts, but you’ll likely need to practice this one a few times solo before you’ve mastered it enough to take into online games. Look for the wind effect around the ball after you hit it to know you've done it correctly.

Finally, when you do manage to score a goal, it’s time to celebrate! Swinging both Joy-Cons down in the same manner as a diving header will see you drop to a knee slide as you rake in the applause from your team. Just make sure to time your slide so that the replay catches it on camera.

Along with delivering hilarious expressions, Volleyball has plenty of depth to discover. On the face of it, every contest should be fair. One side bumps, sets, and spikes, while the other positions to block and receive. But what if you could strike before your opponents are even ready to block? That’s where the quick spike comes in.

If you’ve bumped and your teammate is preparing to set, flick your Joy-Con up shortly before the ball reaches them and you can trigger a quick spike. In this case, you’ll leap up ahead of the set, with your teammate firing the ball directly to you. You’ll need to time your spike precisely as the ball arrives or risk missing the shot entirely. Pull it off and you’ll likely leave the opposing blocker floundering. As an added bonus, you get to feel like you’re starring in an episode of Haikyuu as you unleash perfect synergy.

You shouldn’t quick spike every single attack, as your opponent will likely cotton on and start jumping earlier. But add this to your arsenal and you’ll be far more likely to find a gap through their defenses as you mix up your attacks.

If you played Wii Sports back in the day, Tennis is likely the game where you’ll most feel at home. Even then, it’s worth practicing the fundamentals given Switch Sports doesn’t include a tutorial.

The timing of your strike affects the angle you’ll hit it at. Hitting the ball right as it reaches you might seem sensible, but it’ll primarily send it back in the middle of the court. Try hitting a little earlier or later to add a harsher angle to your shots so that they’re more difficult to return. Earlier will hit across your body further, while later will hit wider on the outside.

You can add topspin or backspin to your shots by curling the Joy-Con in the direction of or against your shot. Top spin can be used to increase the speed of the ball or the bounce height on a lob. Backspin can curve the ball away from your opponent or drop it short depending on your swing timing.

Finally, the power of your swing does matter. If you want to attempt a drop shot, you’ll need to swing lightly and add backspin to the ball. You’ll rarely manage to drop it just over the net, but you can pull in the baseline opposition player with this type of shot. For the fastest hits, you’ll want to swing low or flat while twisting in the direction of your strike. This will hit a low shot with topspin to make the ball travel even faster.

To give credit to Nintendo Switch Sports, this point is mentioned when you select your sword type, though it’s very easy to overlook. You’ll have a choice of three options: sword, charge sword, and twin swords.

The latter two options have key advantages. Charge sword gains power on blocks, while Twin Swords just charge up over time to activate a twin strike. So why would you use the regular sword? As it turns out, it just hits harder. Land successful blows with the basic sword and you’ll knock your opponent further than with either of the other choices.

Overall, the Twin Swords’ auto charge up may still be superior, but that extra oomph does make the basic sword excellent for rapid beat downs if you prefer to be aggressive.

Finally: The credits minigame and reward

Nintendo Switch Sports’ credits are well hidden, available to view only through the Options menu. You can open that via the cog icon in the bottom right of the Spocco square hub. Load the Staff Credits and you’ll find your character preparing to practice their tennis by batting a ball against a wall. The minigame is entertaining enough, but if you reach a high score of 50 you’ll unlock the Staffer title to use on your name badge!

Discovered any other advanced techniques? Share your Nintendo Switch Sports tips and tricks in the comments below.