You can unlock items in Nintendo Switch Sports to style your character with fresh looks and equipment. 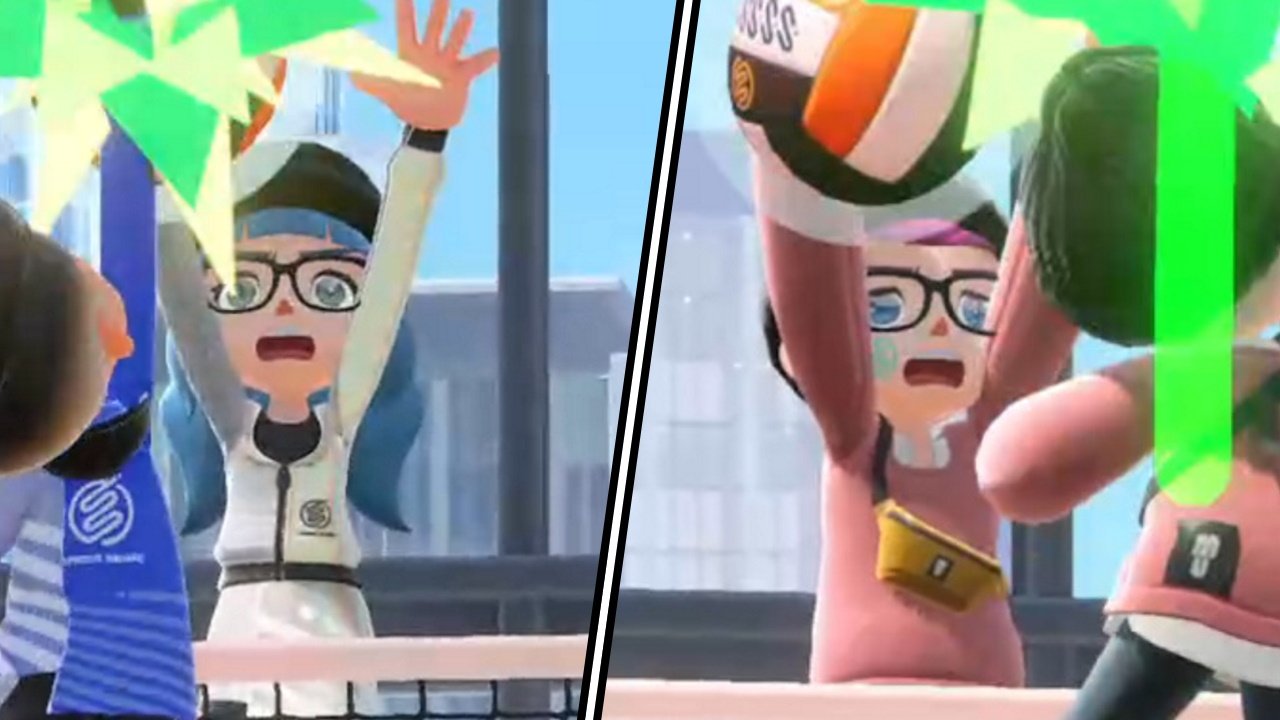 Compete online to unlock Pro League and rise through the ranks in Nintendo Switch Sports.

Nintendo Switch Sports slaps. In the case of its Volleyball minigame, quite literally, and often directly into your character’s face. Step your squeaky sneakers onto these virtual courts and you’ll find that the two-on-two showdowns make for a surprisingly competitive and sweaty affair.

Yes, you’re only waggling a Joy-Con up and down at the appropriate time, but somehow Nintendo Switch Sports Volleyball really sells the impact of each and every ball smack. Powered up spikes deliver a serious thwack, and the anime-inspired hangtime on each jump only builds the tension further. The real highlight, though? That, you’ll likely only notice in the replays.

The next time you blast a shot down the line, take a look at the faces of the poor, poor blocker attempting to get in your way. If you wanted proof of just how much oomph is behind each slam, they're the ones selling it. You see, volleyball is a game that demands a certain level of insanity from its players. As the opposing side bumps and sets, you know that they’re preparing to smack that ball as hard as humanly possible into your court. The only defense? Your fragile human body.

In sport, hurling yourself in the path of a speeding projectile is a task usually left to soccer goalies. And those guys? They get to wear gloves. Volleyball demands you thrust your face mere inches from a swinging arm in the hope that your forehead might just send the shot tumbling back over the net. To win the point you’ve got to be mad, brave, or probably both.

Nintendo Switch Sports’ future-miis may leap bravely with each flick of your wrist, but their faces betray the agony which awaits them. The post-shot replays reveal visages of abject terror and commitment on each jumper as they throw their face into the line of fire. It's brilliantly hilarious touch, and one that has us watching every replay, win or lose.

Bowling might score the big points, Soccer probably demands more skill, but Volleyball’s panicked expressions have us giggling more than anything else in the game. We just hope Spocco Square has plenty of ice packs on hand for the bruises those blocks are definitely accruing.