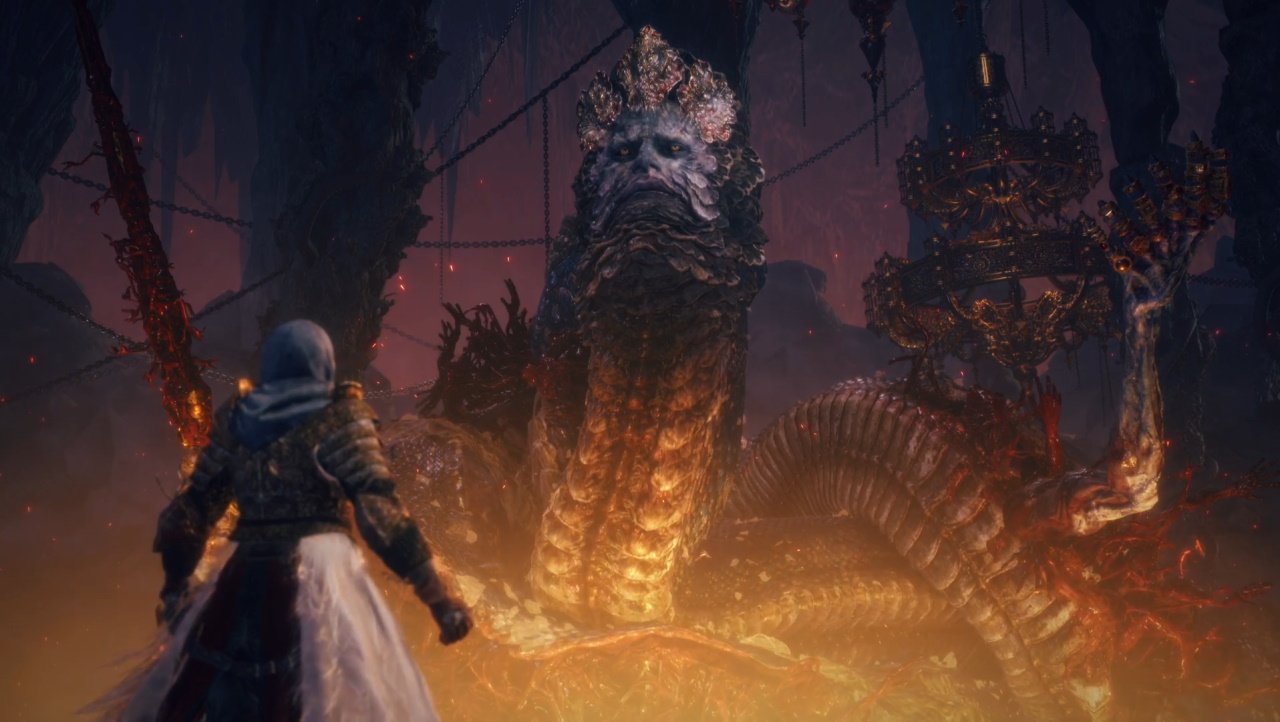 It's been 20 years since the Xbox launched in Scotland, so now there's an Xbox tartan. That's how it works.

Volcano Manor in Elden Ring is home to many horrors, but at its heart lies the God-Devouring Serpent/Rykard boss fight. This two-phase battle make use of a unique mechanic that’s easy to miss if you’re not a FromSoft series veteran. In this guide we’ll explain how to beat the God-Devouring Serpent/Rykard boss fight with useful tips on what to bring into the battle.

The God-Devouring Serpent/Rykard boss fight sees you fighting a massive monstrosity in the middle of a pool of lava. While you can try to fight the boss traditionally, you’ll have a far easier time if you make use of the tool the game provides you. Here are the key tips to bear in mind during the fight.

Use the Serpent-Hunter: You’ll find this Great Spear to your left right after you enter the arena. It has no stat requirements so you can equip it no matter what class or build you’ve made. Be warned that it is extremely heavy, so you may to need to unequip other weapons or armor to avoid heavy rolling.

This weapon activates a special form during this fight only, unleashing a blade of light/wind of massively increased range whenever you strike. Its special move which consumes FP is a two-part strike (hit attack again for the second part) that’ll deal massive damage and usually stagger the boss briefly. It’s powerful, so use it. If you really want to skip using it, opt for frost weapons to exploit his weakness.

Summon the Mimic Tear: The Mimic Tear is one of the best late game Spirit Ashes in Elden Ring, and it’s especially useful to beat the God-Devouring Serpent/Rykard. So long as you have the Serpent-Hunter equipped, your Mimic Tear will use it as well, dealing massive damage to the boss with each and every strike. One Serpent-Hunter is good, two are brilliant.

Equip fire and poison resistance: The God-Devouring Serpent and Rykard are sat in a pool of fire that’ll damage you when you get up close. Rykard struggles to hit you when you’re up close, so keep your fire protection topped up and you’ll take minimal damage.

In addition, the snake will occasionally spew clouds of poison. It’s advisable to equip armor or items for increased fire resistance, and also to bring several Neutralizing Bolus with you to cure poison if it builds up.

Prioritize HP flasks: You’ll be taking a lot of fire chip damage in this fight, and won’t need FP for spells beyond an initial summon and the Serpent-Hunter special move. For that reason, we recommend putting the bulk of your flasks into healing charges to sustain you throughout the fight.

Charge attacks between every boss strike: This isn’t a complicated boss fight or one in which you’ll need to move around a lot. All you want to focus on doing is dodging the boss’ slow swings, then returning with a charged attack of your own. Any time you stagger the boss, unleash as many attacks as you can with the Serpent Hunter until it wakes again.

Moves to watch out for

Lunges: The God-Devouring Serpent lowers its head before lunging forwards to bite you. Watch for the head to come down, then roll towards it as it moves to avoid the hit. If the head comes down in a sweeping sideways strike, it’ll follow up with another swipe in the other direction. Be prepared to dodge both.

In phase two Rykard will still use this attack. You should see the serpent head face you once again before it lowers down two perform the same attacks as in the first phase. Always dodge towards the incoming head.

Poison spit: The serpent lifts its head a little then spits poison blobs that cover the ground for a short time. Run to the side to escape the effect then use a Bolus if necessary.

Sword strikes/swings: in phase two, Rykard will wield a large sword. He typically uses this to either poke forwards or swing from the side. In either case, he always performs two strikes. They’re very slow, so only dodge when the blade gets near. If you avoid the first, make sure to dodge the second as well if you avoid the first. He will sometimes finish with a straight stab after the two sideways swings.

Sometimes Rykard will follow a sword swing with a serpent strike. If this happens, he’ll attack with the serpent again to finish the combo, so get ready for an extra dodge.

Magma eruption: The serpent lifts its head to the left, then sticks its head underground. After a brief delay, it pulls it back up causing a large explosion wave in front. You can sprint side but this attack is extremely tough to dodge. We recommend blocking (even with just a weapon) to minimize the damage.

Lava hop: Rykard leaps up into the air and lands again, spewing lava on the ground in front of him. So long as you have decent fire protection, this won't deal much damage. Sprint forward and dodge through the lava to minimize its effects and close the gap.

Rain of fire: Rykard’s ultimate move sees him charge up for a long period before summoning a lengthy rain of flaming skulls from above. These explode as they close in on you, so you’ll need to dodge or run when they get near. He’ll charge again at the end for an explosive sword strike. The two charge phases are very slow, so you can get in plenty of hits and will likely kill Rykard before he completes this combo.

That’s all we can teach you about how to beat the God-Devouring Serpent/Rykard boss fight in Elden Ring. Once you complete Volcano Manor you’ll likely be moving on to the Mountaintop of the Giants. We have plenty of guides for that area including the Heretical Rise puzzle and Albinauric Rise puzzle. Visit our Elden Ring hub page for all our latest content.