Learn the different solutions to the Albinauric Rise puzzle you can use to earn a powerful talisman. 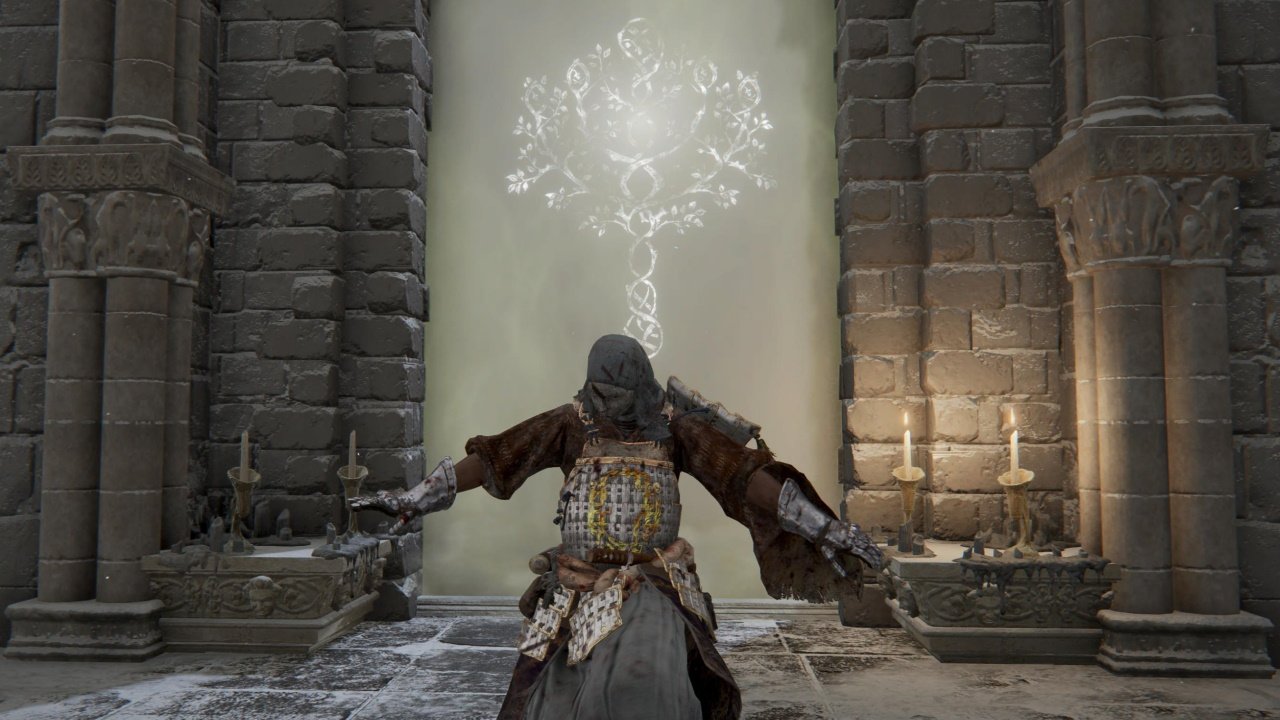 A clog in the pipeline.

Within Elden Ring’s Consecrated Snowfield lies Ordina, Liturgical Town. This small location holds a tricky challenge to light four candles and open a seal that leads to the Haligtree. The task is made much harder by Albinauric archers and invisible enemies. In this guide we’ll show you how to see the invisible enemies and where to find the four torches you need to like to lift the seal in the Elden Ring Ordina puzzle.

To solve the Ordina puzzle in Elden Ring, you need to enter the evergaol and find four statues holding torches/candels that you can light. We’ve marked the location of all four of them on the map above. They’re tricky enough to find on their own, but you’ll struggle to even do so safely thanks to the invisible black knife assassins which prowl the area. Before you head in, it’s best to learn how to reveal them.

The Ordina invisible enemies are Black Knife assassins which took part in Elden Ring’s Night of Black Knives. To counter their invisibility, you’ll first need to purchase the Sentry Torch from the Hermit Merchant located in the Hermit’s Shack north of Leyndell, Royal Capital. Head to the location marked above and purchase it for 7,000 Runes.

The sentry torch is imbued with a unique magic that reveals shrouded enemies. Hold it while exploring in the evergaol and any Black Knife Assassins nearby will be revealed. The good news is that killing them will stop them from respawning even when you die.

The first Ordina torch is by far the easiest to find. From the evergaol, head left and then down the stairs toward the Site of Grace. Take out the Black Knife Assassin here and you can find the statue holding the first torch in the cabinet at the center of the town.

The next Ordina puzzle location is in a tower in the northwest corner of the town. You can reach this either by climbing up the stone ruins shown in the image above and climbing across the rooftops, or by heading around the back of the tower itself to climb the ladder there.

The third Ordina puzzle location is up a ladder hidden around the back of a building in the southwest corner of the town. Heading towards the site of grace from the first location, break through some barrelys under the balcony of the building on the right. Follow this path around to the back of the building to find a ladder up to the roof and the statue.

From the position of the third Ordina statue, you now need to make your way across the rooftops to the north. Be warned, there are two Albinauric archers on the building we’re aiming for. You can crouch behind the raised sections of roof to avoid their arrows. It’s tricky, but run and jump across the roofs to reach the left side of the large building, killing the Albinauric on the roof here. Climb up the ladder next to it and light the final statue’s flame.

Once you have lit all four flames, you’ll receive a message that the seal has been lifted and will be returned to the main world. You can then safely head up the stairs to find a sending gate to the Haligtree.

With that, you’ve solved the Elden Ring Ordina puzzle and opened up one of the toughest areas in the game. Nearby to Ordina you’ll also find the Albinauric Rise, which we have a guide for here. If you do venture forth to the Haligtree, we wish you the best of luck.