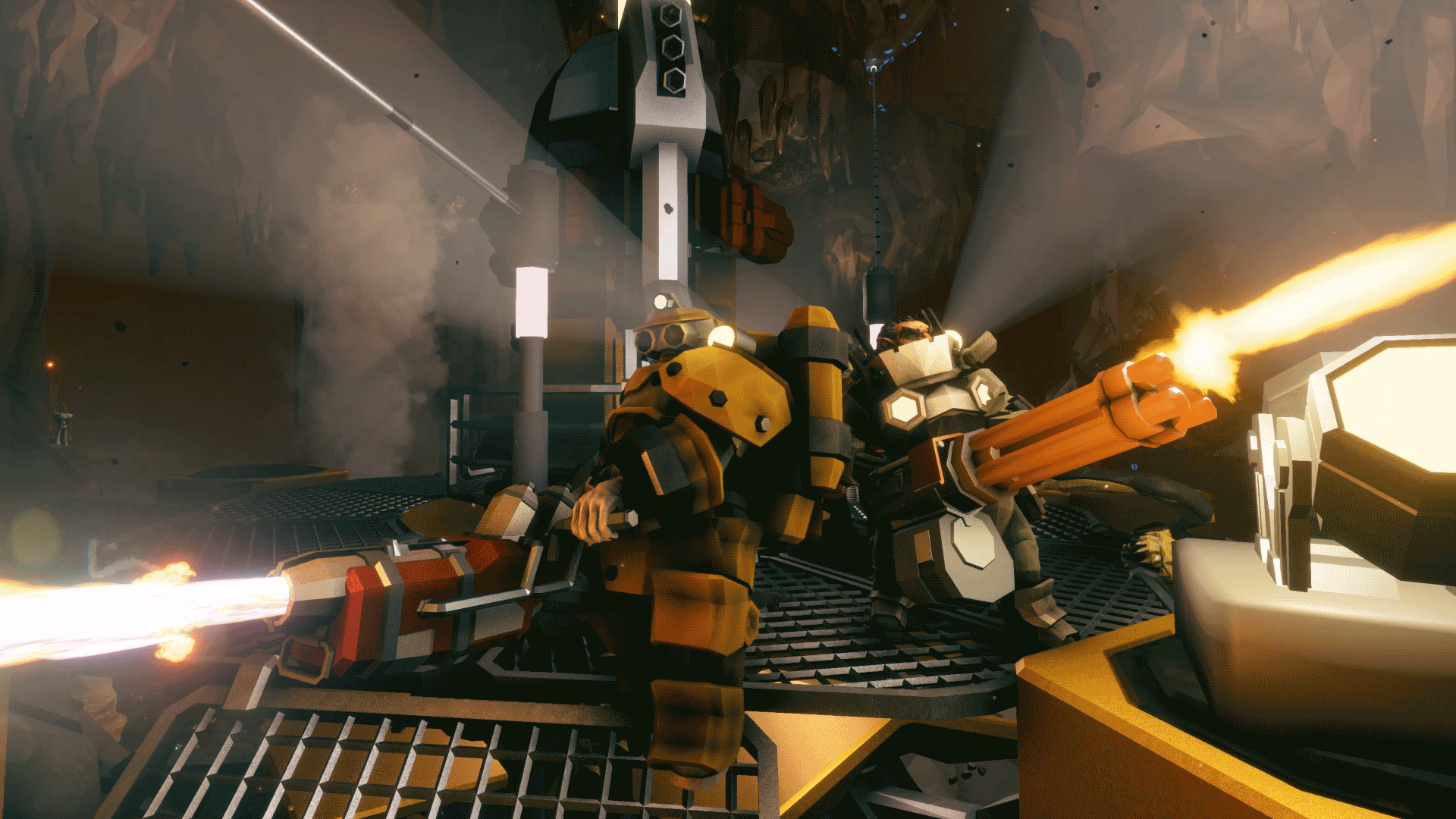 Every Saturday, studios and individuals the world over take to Twitter to share images and videos of their games in development as part of #ScreenshotSaturday. It’s a fantastic celebration of how widespread and varied game creation has become, not to mention a great way to keep an eye on upcoming gems or spot incredible artwork. Collected below are some of the coolest stills, gifs and videos from this weekend which we’ve gathered for your perusal pleasure. This week: goblin janitor or space-dwarf miner, which job would you prefer?

The Goblin’s Week puts you in the shoes of a green skinned janitor tasked with caring for the dungeon of an evil mage. Alongside cooking your master’s meals and sweeping the floor, your job entails the delightful task of repairing and cleaning the deadly traps littered throughout the menacing hallways (to keep out pesky adventurers, naturally). For a thousand gold pieces a week, that doesn’t sound like a terrible deal, but there’s always the niggling temptation to take a peek at what’s hidden behind your master’s many secret doors. You’ll have to be careful however, as your mage boss doesn’t take kindly to nosy employees.

Then again, from the looks of the room Wild Mage Games has shown off this week, sticking to the safety of your regular work might be the smarter option. Almost Epic Adventures: The Goblin’s Week has a fantastic premise, so we’re not surprised to see it was rapidly Greenlit on Steam. Wild Mage Games plan to release in 2018, and posted a road map in January of their plans for development.

Heat seeking drill torpedoes are a good idea. This is not terrible and nothing can go wrong. #screenshotsaturday #gamedev #indiedev pic.twitter.com/kHyPAXZguY

A name like PepperGrinder might evoke expectations of the culinary sort, but the phrase “heat seeking drill torpedoes” should tip you off that things are not quite as they seem. Rather than crushing delicious condiments, the grinder here refers to an enormous drill which makes for your primary movement mechanic in this visually charming platformer. Drilling paths through sand and stone, swinging from grappling hooks and even launching yourself from a cannon, it’s all in a day’s work for the game’s tiny, purple-haired protagonist (we’re gonna go out on a limb here and guess her name is Pepper).

PepperGrinder won best platformer and best use of physics in Intel’s Level Up gamedev contest last year, and developer Ahr Ech has been drip feeding weekly updates with new animations, enemies and mechanics to show off. No word on a release yet, but we’d love to see this one come to Switch when it launches.

Deep Rock Galactic is a game about dwarves mining rare minerals on a dangerous, bug infested planet. Crucially, it’s also a game about getting your boogie on. Admittedly, we’re not sure if dancing will make it into the final game, but we’d like to think it’s an important update on the way to this early access release.

An extreme mining sim, Deep Rock Galactic is as much about harvesting valuable resources as it is about mowing down hordes of aggressive, subterranean bugs. Think Left 4 Dead mixed with Alien Swarm and Minecraft. The four-player co-op title excavated its way onto Xbox Game Preview and Steam Early Access just last week to a positive reception. Dwarves rarely get a look in with futuristic settings, so we’re glad to see their hardy, cavern-delving ways brought to the space age in Ghost Ship Games’ title — even if they are still using pickaxes for some reason.

This week, Protoculture Games has developed a lovely parallax effect for their in-development shmup, Devil Engine. By adjusting the speed and direction of each background layer, the 2D visuals give the impression of a circular flight path. The developer’s blog reveals this actually originated as a bug before being adapted into the cool effect shown above. We doubt there’ll be much time to admire the backdrop however, as Devil Engine’s threats come thick and fast, with bosses flooding the screen with bullets and lasers you’ll have to thread between.

Devil Engine doesn’t look like a shmup for the faint of heart, and the sheer intensity of the bosses Protoculture Games has shown off so far means you’ll need more than a passing handle on the genre to overcome this beast. There’s an old PC demo available here if you want some practice, and the full game is currently planned for release around October this year. Until then, enjoy some of the game’s pumping soundtrack:

There’s nothing we could possibly say here that would do justice to the majesty of this gif.