Need help with your Easter egg hunt clues? Let the game designers of the world save you the trouble of thinking. 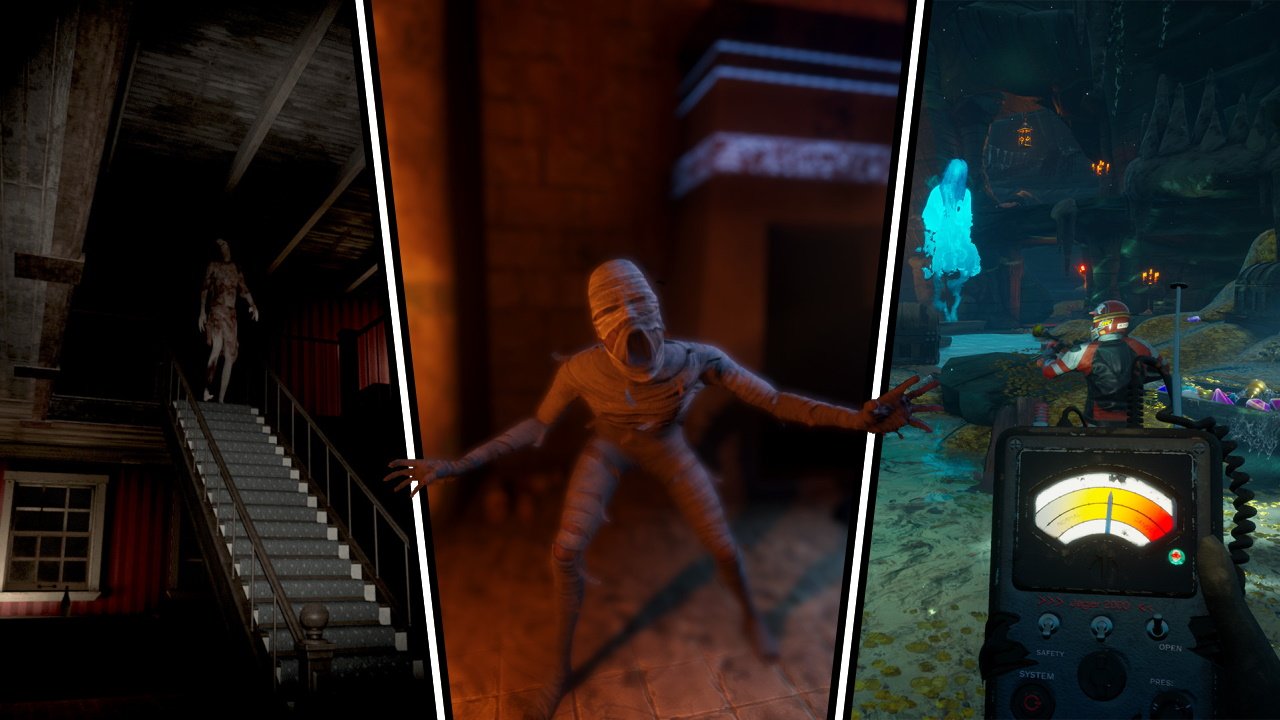 Treat NPCs to take a slumber and they would spill their secrets.

Ghosts like to think they sit at the top of the spectral spooks chain. But the fiftieth time one has throttled the life from your frail human body, you’ll be croaking out for it to get some new material. So while Phasmophobia tries its best to keep its ghost hunts fresh, that phantom-filled formula will eventually run dry.

Fortunately, a wealth of multiplayer haunt fests have been released in recent years, meaning there are plenty of games like Phasmophobia to move onto next. Fair warning, though, several are even more terrifying.

The most directly Phasmo-inspired game on this list, Forewarned tasks players with delving into Ancient Egyptian tombs. Lurking within? The sinister spirits of ancient mejai, eagerly rubbing their undead hands at the chance to gobble up any foolish researchers. Much like Phasmo, you’ll need to identify clues which reveal the spirit you’re facing. Here, however, your aim is to guess correctly for access to the relic in their tomb.

Grab the relic or guess wrong and the entrance slams shut. As the spirit manifests in physical form, you’ll have to make a mad dash around the tomb in order to uncover a hidden lever and open the way out. Just don’t forget to snap a photo as proof while you’re being stalked through the torchlit hallways.

The real fun of Forewarned lies in the unique systems each mejia brings. One demands you make as much noise as possible to avoid its wrath. Another can shapeshift, impersonating a member of your team. It’s familiar territory, but Forewarned plays out in a terrifying new fashion. Updates are still coming, and as an added bonus, there’s full VR support just like Phasmophobia.

If you’ve always felt your true calling in life was burning demonic goats, Devour finally offers a safe chance to realize that dream. Just us? Well, whatever your tastes, this co-op horror romp swaps ghost clues for a more literal hunt.

You are a group of Satanic cultists. In a shocking turn of events, your demon worshiping has gone awry, and one of your members has become possessed. It’s time to track down the manifestations of the demon Azazel in the hopes of cleansing your friend. Goats, rats, or even the eggs of scuttling spiders – the aim is to grab them all and wash away the literal sin.

The problem is that your former friend has become a demonic monster haunting the halls. The more items you cleanse, the angrier they become. The final few stages of a match involve dodging between hordes of demons and a rampaging specter as you desperately attempt to complete the final steps.

Devour leans into some lazy horror tropes and offers the least replayability of the games on this list. However, the developers are still updating the game with new levels featuring fresh mechanics. As games like Phasmophobia go, it’s a great co-op challenge to return to every so often.

A single ghost? Child's play. Midnight Ghost Hunt will see you and three friends taking on four spirits at once. Worst of all, they’re controlled by other players. Essentially a take on the prop hunt genre, Midnight Ghost Hunt is a 4v4 showdown between hunters and hiding spirits. Ghosts get a warmup time to possess items around a mysterious manor. They’ll need to hide well, as these spook-snagging squads come equipped with powerful tools to locate and capture their otherworldly guests.

Midnight in the name isn’t just for style, either. Should the ghosts hold out until the clock strikes 12, it’s time for revenge. The tables are turned and the hunters must fend off the super-powered specters now tearing through the house. Both sides have a selection of tools and perks to play with, offering plenty of replayability. Actual scares are slim, but the chance to play as a meddling ghost is the perfect balm after a disastrous phasmo session sees your whole team wiped.

If you’re looking to lather a dollop of action over that juicy co-op horror core, GTFO could be the perfect condiment. Just be aware that it’s a spicy one. Punishing is a generous way to describe this “extreme” co-op shooter of monster-ridden underground prisons. Your task, typically, is to get in, grab an item, and get back out. A simple premise, but you’ll need to work in perfect precision with your pals to successfully stealth your way through each task.

When things do kick off, they explode in uncompromising and brutal fashion. Your entire squad can be wiped in an instant by the beasts lurking in the dark, leaving little room for slip-ups. It’s a serious challenge. But if your Phasmophobia crew likes to roll in with organizational finesse and a clear strategy? GTFO will serve as a sensational stress test for your teamwork.

Those are the best games like Phasmophobia we’ve played so far, but we’re always on the lookout for more co-op horror games to provide a terror treat. Let us know your favorites in the comments below.