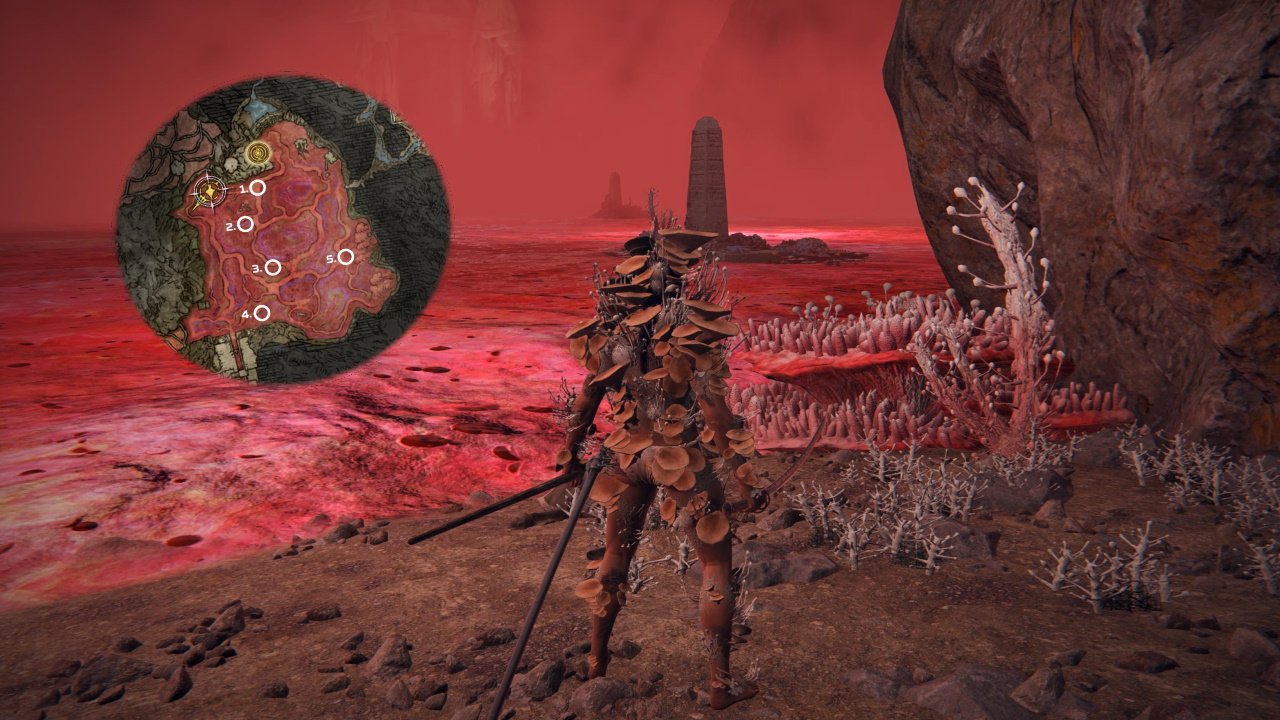 Learn how to Discarded Palace Key location and how to use the Dark Moon Ring for Ranni's quest in Elden Ring.

In Elden Ring, the Lake of Rot is one of the trickiest places to navigate. The waters here will inflict deadly Scarlet Rot within a matter of seconds, and you’re unable to summon a horse to traverse safely. Our Lake of Rot map guide will highlight the key items scattered throughout this region. We’ll introduce the gear you need to bring, and show how to cross the Lake of Rot safely. Or as safe as a bubbling pool of rot allows for, anyway.

The first thing to note with the Lake of Rot in Elden Ring is that you are going to be afflicted with Scarlet Rot. There’s little avoiding this fact, so prepare in advance. We highly recommend equipping armor and items which boost immunity, or apply Incantations like Flame Cleanse Me. That can be obtained from the Fire Monk camp south of the Church of Vows in Liurnia.

On top of that, you’ll want to bring a large supply of Preserving Boluses which cure Scarlet Rot. If you can’t craft them, you’ll need to collect the Armorer’s Cookbook [6] from Siofra River. It’s on the cliff close to the Siofra River Bank Site of Grace.

Our Elden Ring Lake of Rot map above highlights the key locations across this painful-to-traverse area. The white dots are the platform pillars which will raise pathways across the lake (see below).

There are several Somber Smithing Stones ranging from (6) to (9) around the lake edges and center, as marked by the blue dots. The southern one is held by a scarab at the lake edge. In addition, a number of Golden Runes can be collected around the Dragonkin boss, though we don’t recommend fighting him until you’ve raised all the platforms in the lake. There are several other key items to collect:

How to cross the Lake of Rot

To cross the Lake of Rot in Elden Ring, you’ll need to raise several land chunks by standing on pressure plates. These are spotted as pillars poking out on platforms from the lake surface. The first should be visible southwest from the Lake of Rot Shoreside Site of Grace. We’ve highlighted each of them on the map below.

The first three pillars will raise small chunks of stone pathway for you to walk on. Watch out for basilisks leaping from the lake around you as you progress. The fourth pressure plate will raise you up with it on a large platform. There’s an Alabaster Lord you can fight up here in order to claim the Alabaster Lord’s Sword. You’ll need to climb down again to reach the ruins on the southern border.

The final and fifth pressure plate is over on the east side of the map. Activating this one will raise a ring of platforms around the central Dragonkin boss. Make sure to stop at this one before starting the fight.

That’s everything we can teach you about the Lake of Rot in Elden Ring. It’s a painful place to explore but, so long as you come prepared, you should be able to scoop up all the key items and take down the key enemies. Once you're through, you can make your way down to the Astel, Naturalborn of the Void boss fight and leave the Scarlet Rot ridden swamp behind for good.