This year's April Fool's Day pranks are literally horsing around. 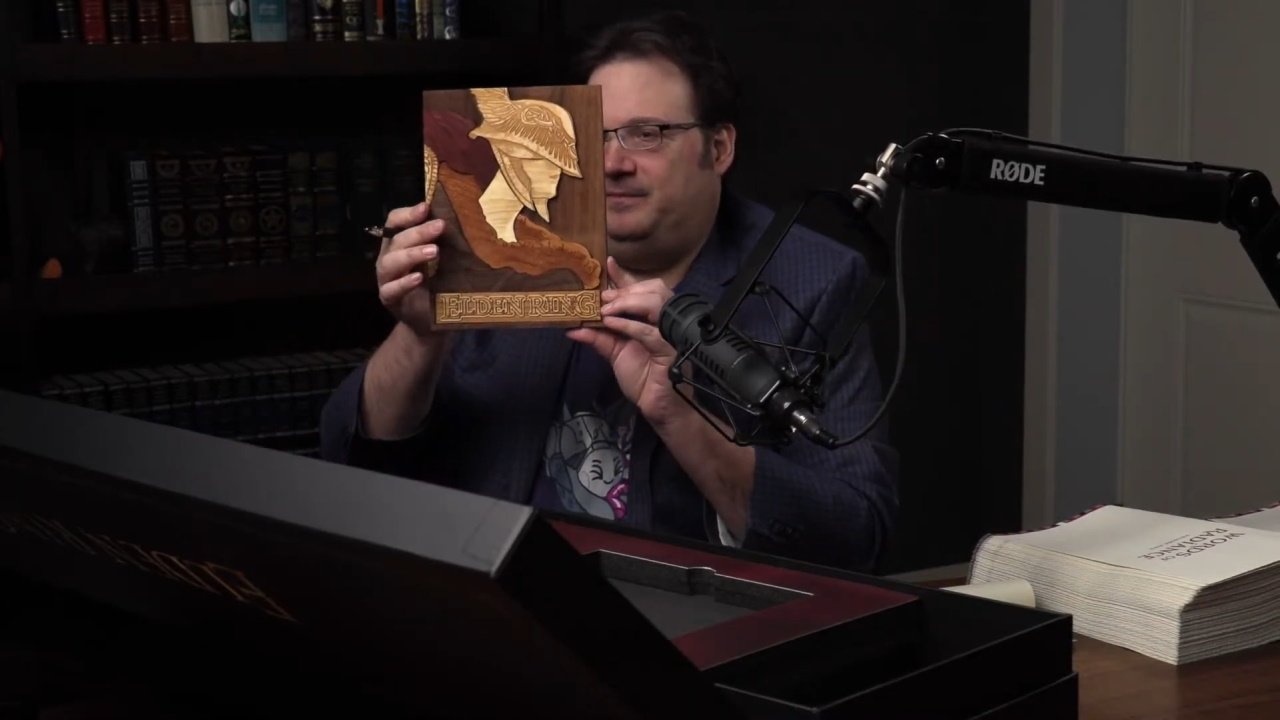 Learn how to cross the Lake of Rot and collect all the key items from the Scarlet Rot infested hellscape.

During a livestream this weekend, Sanderson – who is best know for the Mistborn and Stormlight Archives novels – received a note along with an enormous Elden Ring package from the publisher.

The lengthy box, which was revealed to Sanderson during a livestream this weekend, included wood-print artwork, lore details, a cloak, and an entire sword, along with the direct message from the publisher.

While Sanderson didn’t reveal the exactly what the publisher said, he confirmed that a future collaboration may be on the cards.

“They are interested in perhaps doing something together, is what that says,” Sanderson said. “Which I am as well!”

Sanderson hasn’t been shy about his interest in working on a FromSoftware title. After George R.R. Martin was confirmed as collaborating with the studio for Elden Ring, Sanderson jokingly complained about the publisher opting for Martin “rather than the person who has played their games since King’s Field, and has listed their games among his top 10 consistently over time”.

After finishing inspecting the promotional package, Sanderson even admitted that he’d already concocted a pitch for the studio and would need to send it over.

Bandai Namco wouldn’t be the first publisher to collaborate with Sanderson for their video game. In May last year, Kelsier from the Mistborn novels was added to Fortnite as a skin. The author has also collaborated with Wizards of the Coast to produce a short story for their card game Magic the Gathering.

WIth Elden Ring only just out the gates, it’ll likely be a long time before we hear anything official regarding a collaboration between FromSoftware and Brandon Sanderson. But it’s hard not to get excited at the prospect, even just as a distant glimmer of potential.