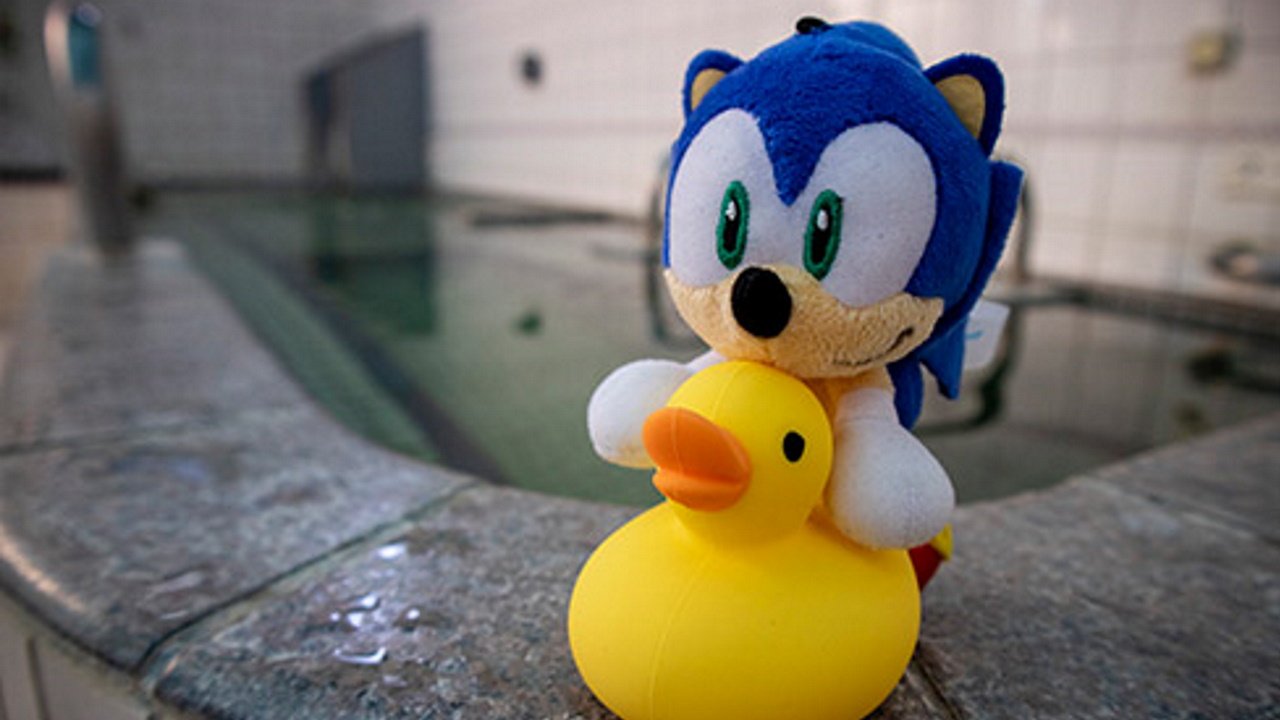 If you were hoping to have the last laugh, you might want to log off and read this closer to midnight. April Fool’s fever has once again infected the gaming world, and developers and brands alike are desperate to slap a smile on your skull. Yes, much of it is pretty cringeworthy, but there are also plenty of good April Fool’s Day gaming jokes out there to get your giggle glands going. If we lose ourselves into despair less than last year, we’re counting that as a win.

Never a game to pass on the ridiculous, Fall Guys has added a new limited-time ??????????? mode. The ridiculously frantic mode throws a full course of beans into the hexagone finale, with players overlapping hideously as the round begins. There’s even a set of challenges to complete, all of which hold incredibly detailed descriptions like “woo woo?” Understand? We’re sure the game’s ever-vocal Twitter account can provide elucidation:

You asked for it, we delivered.

It’s safe to say that Tunic’s nostalgic and foxy adventure has been exceptionally well received. So much so that today developer Finji announced the next entry in the expanded Tunicverse: Tunic Fawk’s Pro Skater. It’ll ollie its way onto our screens on April 1st, 2023. Definitely.

Sick to death of RGB lighting and perspex panels? Overclockers UK’s Reboot Range will send you scampering through time and into the golden (read: beige) era of the ’90s. Back when PCs were little more than a cream-colored box that took three hours to load a single Jpeg. Don’t worry, they promise to keep those internals up to date, so you won’t be forced into polygon punishment for your PC external sins. Is it just us, or is this something we could actually imagine people paying for?

Among Us turns people into horses

Load up Among Us today and you'll find things a little more equestrian than usual. For April 1st only, developer Innersloth has transformed all innocent crewmembers and insidious aliens into centaurs. Why? We've got neigh idea.

Sega’s ever-enthusiastic Sonic development team have conjured a surprisingly attractive special edition for the recently announced Sonic Frontiers. To celebrate the open exploration of the blue blur’s upcoming game, this Collector’s Edition comes with a wash bowl, a towel, a rubber duck, sonic plush, and even a waterproof game gear. Perfect for that next onsen trip. The product page even reassures us that “Sonic, who is not good at swimming, can relax by riding the duck.”

A Short Hike 99 - a multiplayer mod

FACTS
it's a rough mod
this won't be an official game mode (sorry!)
test it here https://t.co/6t34s45RTP pic.twitter.com/ExUHFDsbRS

A Short Hike is a lovely introspective game about climbing a big hill and then soaring down afterwards. What it most definitely wasn’t made for, was multiplayer. That hasn’t stopped developer Adam Robinson-Yu from whipping up a fairly ridiculous mode of the game which allows you to see up to 99 other players in the world. It’s basically a battle royale, but where you all just chill out together. Best of all? It’s actually playable. Servers should stay up for a couple of weeks, so head to the itch.io page here and follow the instructions to give it a try.

PlatinumGames announces nine games at once

In one of the most confusing 2022 April Fool's Day Babylon's Fall developer PlatinumGames released an entire mockup press conference in which they announced a slew of nine games. The titles announced include the memorable likes of Galactic Badass Beat 'Em Up Action, Battle Action Block-Breaking Game, Pt Spectacular Side-Scrolling Action, and Dynamite Sexy Puzzle game. We don't think any of these are genuine, but given this is Platinum, it's impossible to say for sure.

Clearly tired of dealing with pretend animals, popular Pokémon Wiki Bulbapedia has renamed itself Duckpedia in honor of our billed friends. Perhaps this is just one person's way of sharing their early allegiance for Quaxly, a new starter in the upcoming Pokémon Scarlet & Violet. Whatever the reason, the wiki promises more than 45k articles "on a range of duck-related topics." The message from the editor is certain to quack you up.

Seen any other great video game April Fool’s Day jokes? Share them in the comments below so we can laugh or sigh in disappointment together.