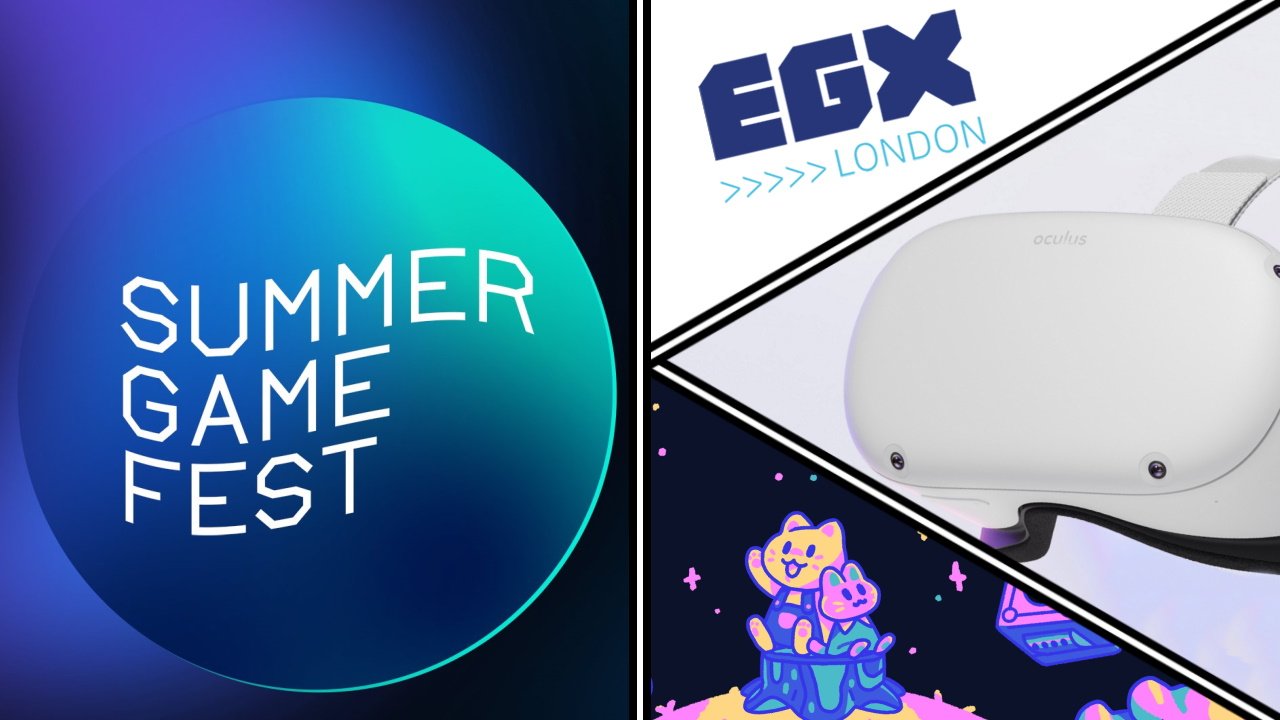 2022 video game events to watch instead of E3

E3 2022 is dead. Long live, uh, what, exactly? The once dominator of the gaming calendar may have called it quits – for the time being, at least – but there are plenty of other shows still planning to give it their all in the months ahead. Fret not, those trailers and reveals are coming. We’ve rounded up some of the major video game events, conferences, and online broadcasts planned for 2022 so you know where to get your fix.

Coming up next week is the UK’s prestigious awards ceremony. Unlike The Game Awards, this show is actually about the awards, so don’t expect major game announcements or trailers. Check out the full list of nominations here, then tune in on Twitch to watch the awards live.

W.A.S.D is a new video game event held in London’s Tobacco Docks. Essentially replacing the slot previously held by EGX Rezzed, it’ll feature exhibitors including Sega, 2K, Devolver Digital, Team 17, and more. Don’t expect much online for this one, but for those entering the industry there are a wealth of event talks worth looking through.

The artist formerly known as Facebook will host its VR gaming showcase this month. Tune in at 10am PT (1pm ET, 6pm BST, 7pm CEST) on Twitch or YouTube to catch up on the latest VR titles.

Indie Live Expo is an all-digital showcase of upcoming indie titles galore. More than 500 games are promised,and the broadcast is hosted in English, Japanese, and Chinese. You can catch the show live on Twitch

Geoff Keighley’s lengthy summer series of announcements is back. We don’t have an exact date yet, but the big news will come as part of the Kickoff Live show at the Fest’s beginning.

Wholesome Direct will once again deliver an indie showcase of heart-warming content. Expect announcements and trailers alongside interview with indie devs.

Anyone can submit their game for consideration! For the first time, we also have a form for content creators who want to co-stream or collaborate  pic.twitter.com/jnpFCEyf9U

Gamescom returns as an physical event this year, held as usual in Cologne, Germany. The conference will have a reduced capacity to minimize the spread of COVID-19. Even so, with E3 absent, expect this to be the major physical video game event of the year.

Breath of the Wild has been delayed, you need to give us something, Nintendo. While no one knows when Nintendo will deign to drop another update, you can be sure that one or two are coming given titles like Splatoon 3 and a new Mario Strikers are on the way and we’ve still yet to see all that much of that Breath of the Wild sequel, delay or no delay.

Similarly, with PS Plus having a revamp in June, expect Sony to ramp up the showcases for the games included in their new subscription tiers. Read more about the changes here.

When: August 24, maybe also in June

One of GamesRadar’s reveal shows sometimes takes place during E3’s scheduled runtime. With that now missing, it isn’t yet clear whether an early summer Future Games Show will be happening. What has been confirmed is an installment during Gamescom 2022. Last year’s show was hosted by Resi Village voice actors Maggie Robertson (Lady Dimitrescu) and Aaron LaPlante (The Duke), with the show itself largely centered on PC Gaming.

TGS will also return as a physical event for 2022. It’s being held in Makuhari Messe, Chiba City. The theme for this year has been revealed as “Nothing Stops Gaming” to celebrate the games that kept us entertained while restrictions have been in place for the COVID-19 pandemic. TGS has always centered on games that perform well in the Japanese market, so expect titles like Monster Hunter Rise to get some attention following its Sunbreak expansion earlier this year.

The UK’s main video game expo returns to London and will take place in the Excel Centre. Primarily made for in-person attendees, EGX London will likely also host streams from a few developers along with teams like Eurogamer and OutsideXbox.

With all those video game conferences and streams to come, there’s more enough to fill that E3-sized hole in your calendar. Which are you most looking forward to? Let us know in the comments below.