The PS5 and Xbox Series X/S versions of Apex Legends arrive today with the Warrior's Collection. 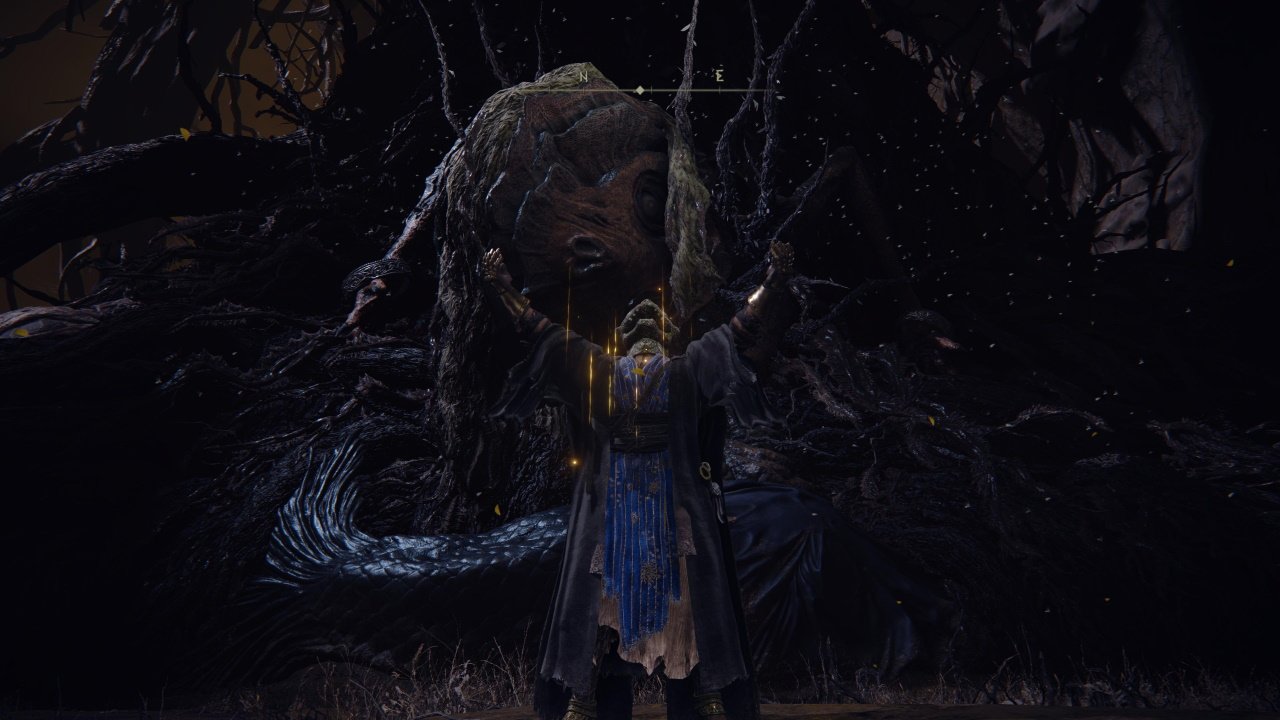 Breath of the Wild's sequel has been delayed to 2023

"Please wait a while longer."

One of the key NPCs in Elden Ring is Fia the Deathbed Companion. Not only does Fia’s quest tie into a few other NPC storylines, it also allows the player to unlock the Age of the Duskborn ending to the game. You’ll need to careful, however, as taking the wrong steps at certain points can scupper your chances of completing Fia’s story. To ensure you don’t miss any key beats, we’ve put together an Elden Ring Fia quest guide that will walk you through all of her interactions.

Deathbed Companion Fia can be found in the NPC hub of Roundtable Hold. She starts in the room behind the blacksmith, resting on a bed. Allow her to hold you and you’ll receive Baldachin’s Blessing which consumes FP to boost poise. You’ll also be given a Vigor debuff noted by the square with a downward arrow under your health bar. Using Baldachin’s Blessing will remove this debuff, restoring your one point of lost Vigor.

Before Fia’s personal quest line kicks off, she’s directly involved in that of Sorcerer Rogier. We’ve got a full guide to his quest and the details of the Black Knifeprint here, but Fia will speak to you several times throughout it regarding her relation to Rogier and his interest. She’ll even give you a map to point you in the correct direction.

Fia’s quest starts when you rest at a Site of Grace in the Altus Plateau region, arrived at after activating the Grand Lift of Dectus or sneaking through Ruin-Strewn Precipice to beat Magma Wyrm Makar.

Be warned, the following steps contain some pretty major spoilers not just for Fia’s quest, but also several other characters and bosses.

Allow Fia to hold you in Roundtable Hold after visiting a Site of Grace in the Altus Plateau and she’ll request that you help her with a problem. Fia will ask you to find the owner of the Weathered Dagger. This turns out to be D, Hunter of Death, who can also be found at Roundtable Hold. He’s sitting on a chair at the Table of Lost Grace.

Before you hand the Weathered Dagger over, make sure you’ve spoken to D enough for him to mark your map with the path to the Bestial Sanctum, especially if you’re planning to use beast-based incantations.

Once you give the Weathered Dagger to D, rest at a Site of Grace and return to Roundtable Hold. You’ll then be able to find Fia standing over D’s body in a new room close to the Blacksmith and Roderika’s location. She’ll have killed him, and will inform you that she’s one of Those Who Live in Death – the exact people D and the Golden Order are hunting. Fia will vanish, leaving D’s Twinned Armor set behind for you to collect.

The next chance you’ll have to interact with Fia’s quest is once you beat Starscourge Radahn and can access Nokron, Eternal City. This new region is entered close to Fort Haight (check our where to go after Radahn guide for more specific details) and contains a large number of Larval Tears along with the powerful Mimic Tear Spirit Ashes.

Fight your way through Nokron (stopping to complete the fire puzzle and beat the Regal Ancestor Spirit boss if you want) and you’ll have the chance to jump down from the Ancestor Woods Site of Grace into Night’s Sacred Ground. At the end of this path you’ll obtain the Fingerslayer Blade from the room underneath the giant statue. This is important to Ranni’s quest, but also to Fia’s

Near the end of Nokron you’ll find a cowering NPC close to the entrance of the Valiant Gargoyle boss fight. This NPC is in fact D, Beholder of Death, the twinned brother of the D which Fia killed.

Warning: You can give D, Beholder of Death, the Twinned Armor set to reawaken him and make him available as a summon for the Valiant Gargoyle boss fight. However, doing so will result in him stabbing Fia at a later point in the game.

It’s possible to complete both Fia’s quest and D’s quest to obtain all the items granted by each if you give the armor now, if you’re worried about missing Fia’s quest or the extra ending because of this, we’d advise you to not give D the Twinned Armor set just yet. Don’t worry, you can return and do so later.

After you beat the Valiant Gargoyle boss, you’ll gain access to Deeproot Depths via a coffin. Within this next area are a set of tangled roots above the crumbling ruins of a town. Make your way up them past the fire-spewing statues to reach the Across the Roots Site of Grace as marked above. Just beyond this Site of Grace is the Prince of Death’s Throne and a boss fight against Fia’s champions, including a certain Sorcerer you may have helped before.

Warning: If you gave the Twinned Armor set to D, you may need to obtain the Cursemark before beating this fight to continue Fia’s quest or D may kill Fia. Details on the Cursemark are below.

Best Fia’s champions and you’ll be able to speak with the Deathbed Companion once again. Choose the option saying that you want to be held. If you do so, Fia will tell you that she needs a Cursemark to allow Godwyn the Golden to be reborn as one of Those Who Live in Death.

If you completed Rogier’s quest, you’ll already have been informed that the Cursemark is tied directly to Ranni the Witch. It’s located in the Divine Tower of Limgrave, accessed through the Carian Study Hall. To get to the tower, however, you first need to progress through Ranni’s quest enough to receive the Carian Inverted Statue.

If you haven’t done so already, visit Ranni at Ranni’s Rise after beating Royal Knight Loretta in Caria Manor and you can enter her service to help her quest. After beating Radahn, you can then obtain the Fingerslayer Blade as detailed above by exploring Night’s Sacred Ground in Nokron. Give this item to Ranni and she’ll give you the Carian Inverted Statue in return. You can then use it on the globe in the Carian Study Hall to flip the structure and make your way to the Divine Tower of Limgrave. At its top you’ll find the Cursemark Fia is after.

Deathbed Dream & The Mending Rune of the Death-Prince

Once you have the Cursemark, return to Fia and hand it over. She’ll explain that she needs to die to birth a new Rune, one which can be used to bring Godwyn back as in Death. You may need to rest at the nearby site of grace and speak to her again to complete all her dialogue. Rest again and Fia will have fallen asleep.

Interacting with her will transport you into the Deathbed Dream to fight Lichdragon Fortissax. The Lichdragon is a powerful enemy which unleashes extremely strong lightning attacks. Manage to beat it and you’ll gain 90,000 Runes along with the Remembrance of the Lichdragon.

Once you warp back to Deeprot Depths, Fia will have died, leaving the Mending Rune of the Death-Prince above her. This is a key item you need to achieve the Age of the Duskborn ending to Elden Ring.

You’ve now completed Fia’s quest, but it’s also possible to give the Twinned Armor set to D’s brother to complete his as well. Doing so will see him appear next to Fia’s body the next time you return there. You can collect Fia’s armor set, then rest at the site of grace to find the Twinned armor set and the Inseperable Sword left behind.

That completes the Elden Ring Fia quest line. It’s an unusual one that’s split over several different areas of the game which you might not explore for some time. For more NPC storylines, read our guide to Millicent's questline, help out a friend with our Latenna quest guide, or hunt down the hunters with Bloody Finger Hunter Yura's questline guide