It won't make your car as light as the ultralight Haste, but it'll definitely look a lot faster in fetching HyperX red. 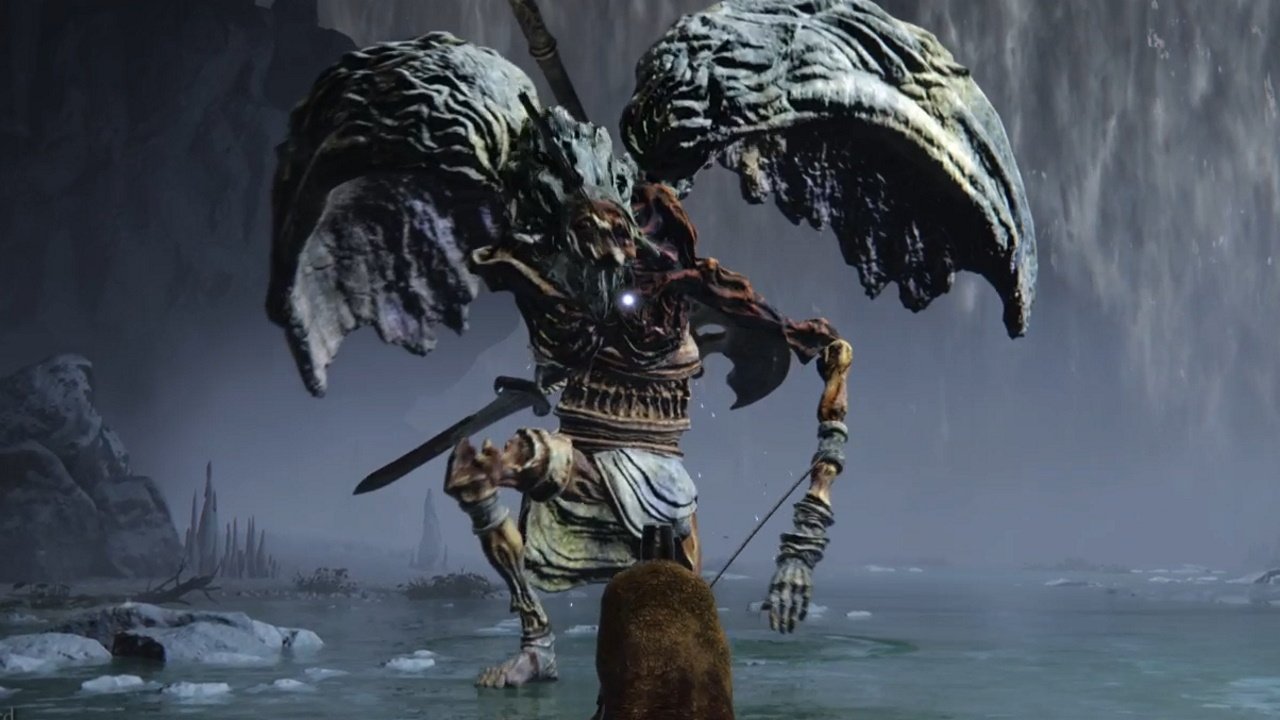 Reach the end of Nokron, Eternal City in Elden Ring and you’ll be faced with the imposing prospect of the Valiant Gargoyle boss fight. These twin stone menaces are seriously challenging, but it’s possible to beat them fairly using the right tactics, or to cheese them with a certain approach. In this guide, we’ll explain how to beat the Valiant Gargoyle boss fight in Elden Ring legitimately and with the strongest flavor of cheese around.

The Valiant Gargoyle fight will see you take on two gargantuan gargoyles, one armed with an halberd and sword, the other with an axe and twinblade. Each one is tough on its own, but together then can swiftly overwhelm you. We’ll cover the cheese strategy further down the guide, but below are the key tips to take into the fight if you’re facing them properly.

Boost your immunity: Both gargoyles already deal massive damage, but it’s their poison-spewing attacks which can catch out melee builds most catastrophically. Equip armor with high immunity to reduce the damage you take from this attack and stop poison from building up to the tipping point.

Enlist D, Beholder of Death: Just before the Valiant Gargoyle boss fight arena, you’ll find an NPC cowering on the floor. This is D, Beholder of Death, and the sibling of D, Hunter of Death. You’ll likely have met the latter in Roundtable Hold. If you haven’t already, progressing Fia, the Deathbed Companion’s quest can aid you in this fight.

Speak with Fia in Roundtable Hold a lot (easily done while completing Rogier’s quest line) until she gives you the Weathered Dagger. Remember to use Baldachin’s Blessing each time you let her hold you to remove the debuff. Hand the dagger over to D and, the next time you visit Roundtable Hold, you’ll find Fia has killed him in a new room near the Blacksmith. Grab his armor set, then return to Nokron. You can hand the Twinned Armor over to D, Beholder of Death, though be warned that this will impact the end of Fia's quest line. You can still complete it an unlock an ending, but you'll need to move quickly when you meet her again.

Once you've given D the armor, you’ll then find his summon sign appears near the doorway to the Valiant Gargoyles. If it hasn't appeared yet, rest at a Site of Grace. D doesn’t deal much damage, but he has a big health pool and will keep one of the gargoyle distracted while you fight the other. If you don’t have a friend to bring into the fight, D's NPC summon can be a lifesaver in this fight.

Use ranged and magic Spirit Ashes: The Valiant Gargoyles are immune to almost every status effect and have strong resistances to most damage types. Magic is still partially blocked, but it has a weaker resistance than Fire, Holy, and Lightning. The gargoyles also move around a lot, so will be hard to track for melee or short-range spellcaster Ashes.

As such, making use of ranged, magic Spirit Ashes like Latenna the Albinaurac means you’ll have a distraction that’s constantly dealing damage during the fight, albeit admittedly in small chunks.The Mimic Tear can also work well, but only when upgraded enough to survive a few hits or a raft of poison. Try to keep the Gargoyle’s attention on you so that your Spirit Ashes aren't killed off throughout the fight.

If Strength-based, equip a striking weapon: Striking is the only melee damage type that the Gargoyle’s don’t have some resistance against, meaning big hammers and clubs will be able to unleash their full power here. Make sure you upgrade any new weapons you're planning to bring in.

Run away from poison: The Gargoyles’ poison-spewing attack is by far their most dangerous. Even with your immunity boosted, we recommend running away as soon as they tilt their head down and you see green bile appear. Force them to come to you or you’ll take immense damage over time.

With D on your side, your main goal in this fight is to isolate one of the Gargoyles at a time. Deal as much damage as you can to the lone Gargoyle before its friend shows up, using your Spirit Ashes and D as a distraction to open space for some hits.

Once the second gargoyle spawns, let D keep one of them busy while you focus on fighting the other. He should have a tanky enough health pool to keep it occupied long enough for you to down the other one solo. Ideally, you want the sword gargoyle attacking you while D lets the Twinblade shift to him.

In terms of fighting, there’s little way around the fact that you’re going to need to time your dodges. The Sword and Twinblade strikes are far weaker than the halberd swings, so make avoiding the latter your highest priority. Each strike is slow, meaning you should be able to get a couple of your own hits in between each of theirs. A 100% physical shield can also do wonders here, but expect to have your posture broken often.

Valiant Gargoyle moves to watch out for

We’ve focussed on the moves of the Sword Gargoyle as it’s important to take it down as quickly as possible. Once it is out of the way, the Twinblade is much, much easier to face. If you make it there, the same rules apply to being patient and waiting for your openings.

Poison spew: As noted above, poison spew is one of the Gargoyle’s most powerful attacks. When you see the head tilt down and green poison gather, back away and wait for the boss to come to you.

Weapon swap: Any time the Gargoyle puts a hand on its other weapon, either over its head or at its belt, it’s about to spin in a circle and slice. Wait for the rotation before dodging once to avoid the hit and land one of your own.

Charge and slam: With halberd out, the gargoyle lifts its weapon to the side, then grinds it along the floor in a charge before swinging upwards. It floats in the air a moment before slamming down again. If you dodge to the side, the initial charge and swing up should miss you, but be prepared to dodge again for the landing blow. The Gargoyle will turn around midair to strike.

Wave beam: With its sword out, the Gargoyle will raise it above its head to glow white. It then fires a beam along the ground which is easily dodged by rolling sideways. If you’re close, use the charge time to deal hefty damage.

Storm spirals: With halberd, the Gargoyle jumps in place, then spins twice with storm effects before a final strike. Focus on dodging the last hit as that’s where the damage is done.

Aerial dives: The Gargoyle leaps backwards into the air, then dives rapidly forward. Wait for the start of the dive and dodge right away.

Spiral swipe: With Twinblade, the Gargoyle will spin its weapon as it spins on the spot. After one turn it’ll rapidly lunge out forwards in a wide sweep. Be prepared to dodge this longer strike as it has massive reach.

If you’re not confident fighting head on, you can also attempt the Valiant Gargoyle cheese strategy in Elden Ring. To do this, immediately run to the right when you enter the boss arena and stand next to the waterfall edge right in the corner.

When the first gargoyle approaches, you need to circle around such that you’re facing the cliff and they’re facing you. Keep doing this and eventually the gargoyle will use a backwards hop move, jumping them over the cliff edge and to their death. You can then repeat the same strategy against the Twinblade Valiant Gargoyle. A strong shield is recommended to protect you from hits here.

Beat both these stone menaces, cheese or no cheese, and you’ll earn the following Valiant Gargoyle rewards in Elden Ring:

That’s all we can teach you about how to beat the Valiant Gargoyle boss fight in Elden Ring. If you don’t cheese it, the pair are one of the tougher fights you’ll face. We wish you the best of luck, Tarnished. If you  haven’t already done so, make sure you also solve the Nokron fire puzzle to take on the Regal Ancestor Spirit boss before you move on to the Deeproot Depths.