Kirby and the Forgotten Land Present Codes: All current codes and rewards

All Kirby Present Codes will help you earn more items, star coins and Rare Stones on your way through the Forgotten Land. 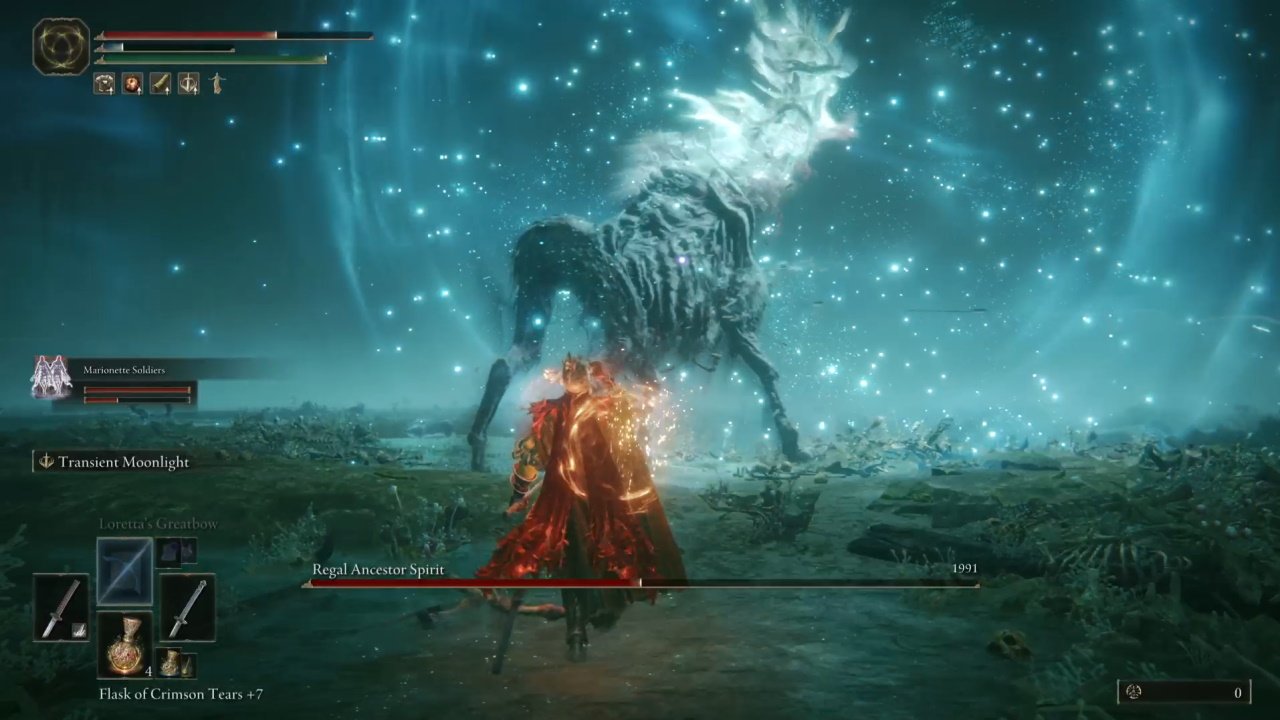 It won't make your car as light as the ultralight Haste, but it'll definitely look a lot faster in fetching HyperX red.

The Regal Ancestor Spirit is an extremely similar to the Ancestor Spirit of Siofra River, meaning the same tactics used there will work here. The boss only has a few extra attacks to worry about, but its healing and revival are where most issues will arise.

Use Fire or Holy Damage: The Regal Ancestor Spirit is weak to both Fire and Holy damage, making them great options for your primary weapons or throwable pots/jars. It has a huge resistance to Blood loss, Poison, and Scarlet Rot, so don’t bother attempting to inflict them here.

Understand the healing:After you knock its health down to around 75%, the Regal Ancestor Spirit boss will glow with an aura, healing itself by consuming the glowing animal spirits around it. It will then gain access to a new set of moves. The next heal, it’ll gain another move. The ancestor spirit will only heal itself with nearby spirits, but it may also teleport to re-instantiate itself at a nearby spirit when low on health.

Be aggressive: Because of its healing capabilities, you need to be ruthlessly aggressive in this fight. After the Regal Ancestor Spirit heals, it won’t have anywhere to warp itself to when its health runs low. As such, you need to pummel it as quickly as possible when it gets to low health. It shouldn’t be able to outpace your damage if you stay close and strike often.

Stay up close: Much like the Ancestor Spirit, the Regal Ancestor Spirit has few moves that come out quickly up close. Stay up close and dodge the telegraphed moves to land a lot of hits, only dropping back when you see the spirit glow or start breathing fire.

Regal Ancestor Spirit moves to watch out for

Glowing headbutt: The ancestor Spirit glows briefly before ramming forward a short distance. So long as you’re underneath him or towards his rear, this attack won’t hit you.

Healing: The Regal Ancestor Spirit rears its head back and begins sucking in life from all nearby animal ghosts. You can'y stop the heal, but you can deal as much damage as possible to negate the effect. The Ancestor spirit can only heal in large chunks when surrounded by spirits again, so taking down its health quickly afterwards is key.

Teleport slam: The Regal Ancestor glows and then vanishes, reappearing upright at a nearby glowing orb before slamming down again. You can hit the Ancestor as it vanishes, at which point it'll teleport to a nearby animal ghost. Either stay back from the spirit until it's reformed, or stand reasonably close and prepare to dodge sideways as it slams down.

Hops: The Ancestor Spirit whistles, rears back, and begins hopping on its hind legs. It will hop three times, then whistle again and slam forwards. Stick to its side with each hop and it won't be able to track you. If you get stuck in front, listen for the whistle as your cue to dodge the final slam.

Rollout: The Ancestor Spirit curls up in a ball and rolls forward. If you can get to its side as it rolls up, it can't turn fast enough to catch you.

That’s all we can teach you about how to beat the Regal Ancestor Spirit in Elden Ring. You’ll soon be facing the twin gargoyles, but make sure to beat the easier Ancestor Spirit first in Siofra River if you haven’t already done so. Next up in Nokron is the Valiant Gargoyle boss fight, which is one of the toughest you'll face for a while.