Learn the next main story location after Radahn in Elden Ring or some optional areas to visit and complete before your press forward. 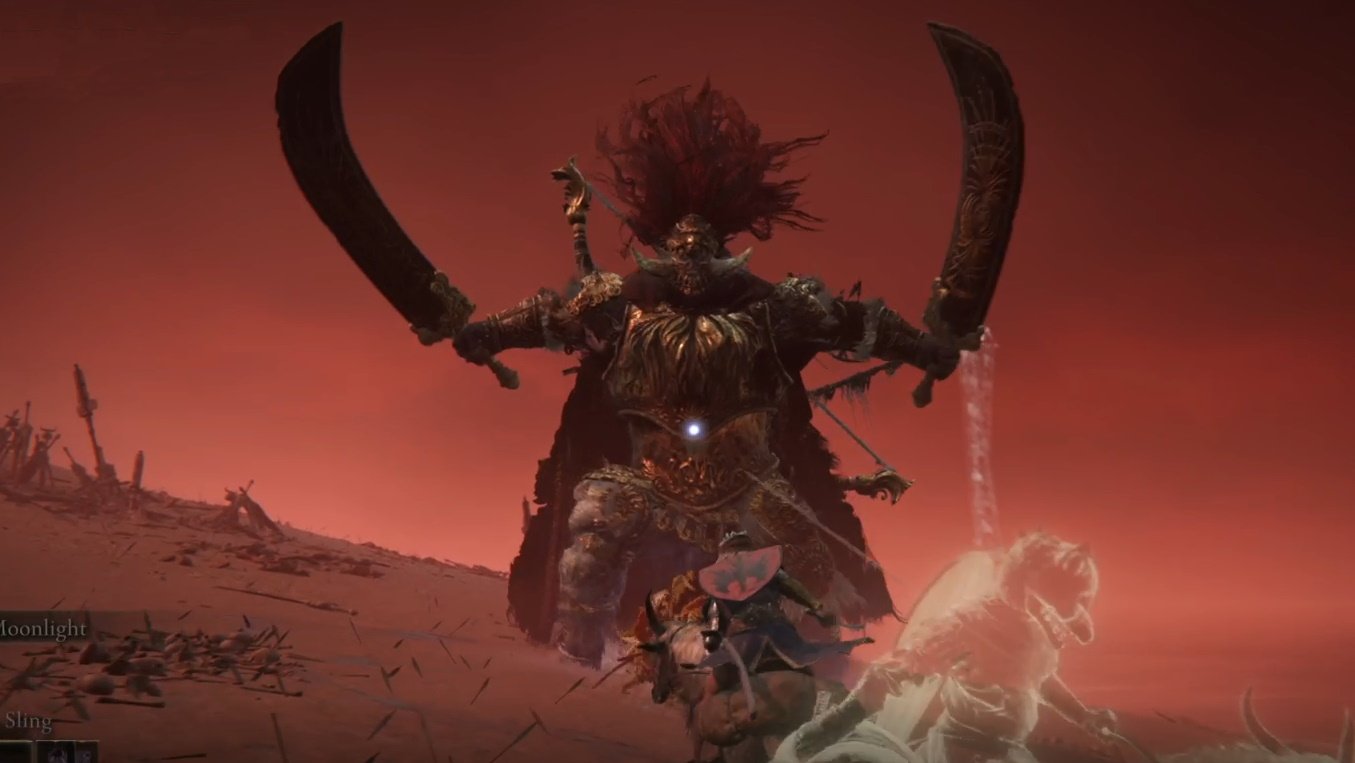 In Elden Ring Starscourge Radahn is a terrifying boss you’ll hear plenty about prior to actually fighting him. The boss battle itself is unlike anything in a FromSoftware game prior or even within Elden Ring. Radahn’s size and his speed can make him a scary opponent to face, but follow our advice below and you’ll learn how to beat Radahn in Elden Ring without too much trouble.

The good news for those joining the Radahn boss fight late is that the boss received a major downgrade in Elden Ring’s first patch, reducing his damage and the size of hit hitboxes. All in all, it makes the boss much, much easier to handle. By the time you’re taking him on, he shouldn’t pose too much of a threat if you follow the tips below.

Use the summons:The entire point of the Radahn boss fight is to wade in with an army of summons at your side. You’ll see golden summon signs a short distance in front of you when you warp into the arena, and more can be located around the standards littering the arena. Alexander and Blaidd are powerful allies, so get them out quickly. Unless you’re planning to show off by taking Radahn solo, get summoning as soon as you can, but watch out for arrows while you do.

Resummon allies: While we’re on the topic of summons, you can resummon any allies who fall in the fight. Their summon sign will reappear when they’re killed, though not necessarily in the same place. Instead of engaging Radahn directly, act as a general marshaling your troops by looping around the arena to summon in allies that can aid the fight.

Forget Patches: The one exclusion to the summon rule? Patches. The cowardly/mischievous, love-him-or-hate-him merchant will offer himself up as a summon sign, but swiftly nope out of the fight and return to his world after the briefest show of camaraderie. Typical Patches, really.

Start on foot, then stick to horseback: Radahn begins the fight by launching gigantic, homing arrows at you from afar. These will track you well on horseback, so as soon as you enter the arena, get your shield up and prepare to dodge.

Watch him shooting in the distance as you move to the first group of summon signs, then hop on Torrent once he pulls out his swords to start fighting with melee. Once he’s engaged, you can move through the field quickly, summoning new allies or ducking in for a quick hit on Radahn.

Hit and run: Radahn is best engaged when distracted by your summons. He deals immense damage, even in his post-patch form. As such, your best strategy is to let him get caught up fighting others, then ride in for a quick volley of magic or a melee strike before backing up. It’s hard to see which attacks Radahn is unleashing from up close, so you’ll want to create distance between each attack run.

Use Scarlet Rot: Radahn is extremely vulnerable to Scarlet Rot. Using any moves that inflict this on him will rapidly reduce his health, though you’ll need to apply it again in the second phase.

Radahn moves to watch out for

Most of Radahn’s basic attacks and first phase strikes involve him scraping his blade along the sand before swinging upward, or lifting both blades above his head before slamming down. Unless you have a strong shield and plenty of poise/stamina, you’re going to need to time your dodges well or use Torrent’s dash to get well out of the way of them.  A few specific moves are worth highlighting, however:

Gravity arrow: Radahn will always open the fight by firing his homing arrows at you from afar. Keep your camera on Radahn to watch him as you move. Either hold your shield up or dodge as you see the arrows approach. Earlier is better as they move very quickly. You can also use the standards near the summon signs for cover, though they’ll break after a single hit.

Arrow wall: After a few arrows, Radahn will knock a bow shot upwards without the purple gravity effect. This will start a rain of arrows which closes in on you before continuously striking. Shielding is ineffective as the arrows can hit from above and behind. When you see him fire this move, hop on Torrent and sprint perpendicular to Radahn until the arrows stop falling.

Gravity Slam: Radahn glows purple and raises both weapons before slamming them down. This generates a massive AoE bubble of damage. When you see him begin to glow and raise his weapons, ride away as fast as you can.

Phase two transformation: Radahn sticks both weapons in the ground before launching into the sky. He’ll soar back in as a flaming ball. Use this time to heal and resummon allies, then watch the skies and make sure you’re on Torrent to dash out of the way of his path to avoid major damage. Don't do what we did and sit still wondering where he'd run off too.

Giant meteors and Gravity: Radahn’s most dangerous phase two move starts with him summoning four giant meteor balls. He won’t fire this immediately, and sometimes he won’t fire them at all. Look out for Radahn running away before spinning around with gravity magic on his hammers. He’ll unleash the meteors, then burst forward in a dive to slam down with an electric gravity wave.

This combo is extremely tough to dodge. Ideally, you can use Torrent to double jump over the wave. Even on foot, jumping over the wave is usually easier than dodging through it, especially when sprinting to avoid the meteors. Radahn will also unleash the leap into wave attack combo on its own, which is far easier to deal with. Just watch for him charging forwards with blades crossed in front.

Find glory and give the lost old warrior is long-sought demise and you’ll earn a wealth of souls along with the following Radahn boss fight rewards:

That’s all we can do to help you with how to beat Radhan in Elden Ring. Once you conquer him,you’ll have a large number of places to head to next. If you’re feeling lost, we can show you where to after Radahn in your Elden Ring adventures.