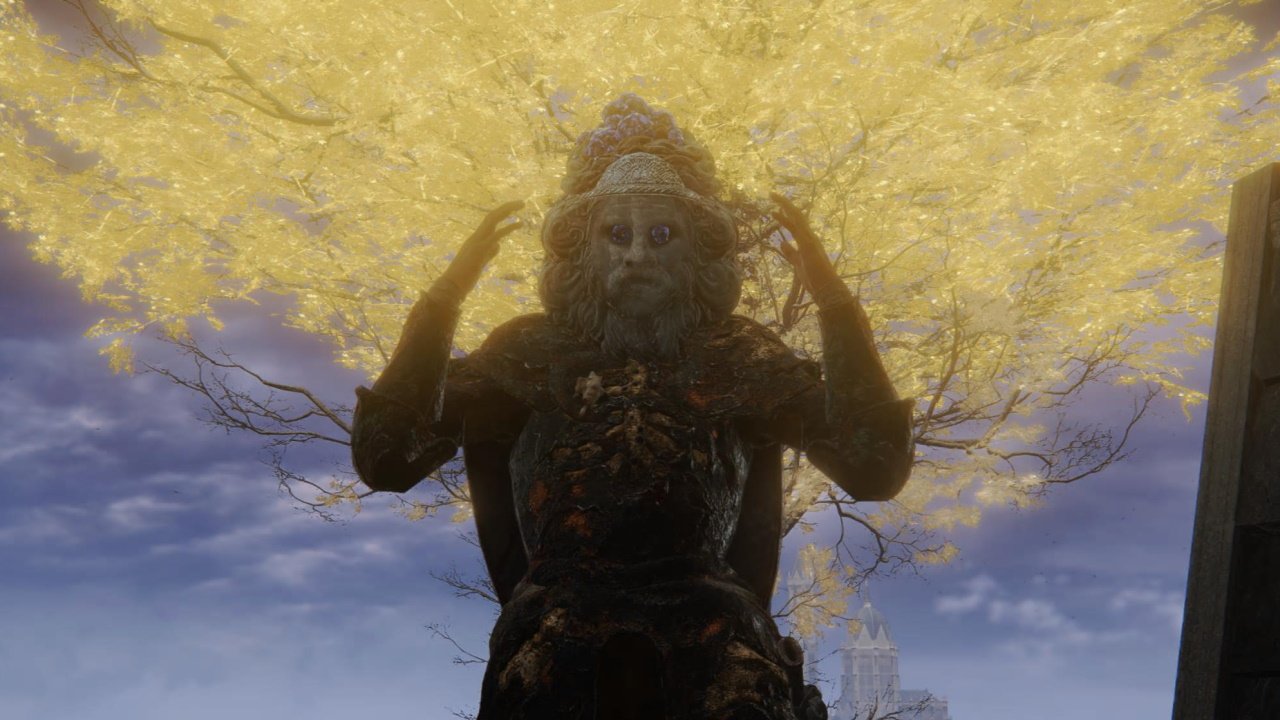 They say laughter is the best medicine, but it sure hasn’t helped us fix the mighty chunks that Tree Sentinel keeps carving from our health bar. Still, when Elden Ring’s bosses are grinding you down, the game’s community is there to pick you back up again. Keep the despair of that 500th boss attempt at bay with this roundup of the best Elden Ring memes sure to tease a smile from every Tarnished’s face.

Elden Ring memes have been flooding the internet since launch, ledding us laugh in solidarity over snagging our runes on each boss run or falling flat against what ought to be the weakest enemies in the game. Below are some of our favorites.

Make it to Roundtable Hold and you’ll be introduced to a wealth of important NPC characters. Most important of them all is Master Hewg, the prisoner blacksmith who’ll upgrade your arms. He’s one of the faces you’ll return to most, but that won’t stop him from assuming the worst every single time you step outside the room, as Reddit user Reigertje notes. To be fair, he’s probably right.

At least you don’t need to be suspicious of Hewg, though. As anyone who stopped by Fia for a quiet hug can attest, realizing that you’re suffering a health debuff only after 10 or more hours is going to make you a grumpy Tarnished indeed. Reddit user Skitchie sums it up perfectly.

Manage to escape Limgrave and you’ll likely find yourself wandering the waters of Liurnia. At it’s heart is Raya Lucaria Acamedy. Ostensibly a place of studying sorcery, it’s actually home to a bunch of annoying magical pricks who’d look far more appropriate flinging burgers your way instead of glintstone pebbles.

These guys are a lil annoying  #EldenRing #FromSoftware pic.twitter.com/ugiGsUFjAB

They’re not alone in their hatred of the stone-headed snipers, either. Reddit user beauviollette clearly wasn’t too happy to be peppered with a thousand gleaming bullets from afar.

The lakes outside of the academy aren’t much kinder, mind. Steer clear of the lobsters. Really, really clear, Reddit users Nautical_Phoenix and Y0L0P0L0 warn.

But if you didn’t head to Liurnia, you may have made the mistake of heading east into the abominable hellscape of Caelid instead. In which case, Reddit user hesh1gg has a suggestion:

It’s fair to say that Caelid has earned a bit of a reputation among wayward early players.

Perhaps heading underground is a safer bet? We hear Siofra River is beautiful this time of year. Though the ghostly inhabitants and their aimbot arrows aren’t exactly welcoming to newcomers, as Reddit user Dominic-JP-Cruz notes.

We’re not the only ones suffering though. As Twitter user kazoo highlights, we should all probably apologize to the punching bags at Gatefront Ruins.

when you got a new weapon and don't know where to test it#ELDENRING pic.twitter.com/Cj85XzvJ2f

Still, at least there’s one thing the entire community can agree to like: Dogs. As Reddit users skatech1 and 99hunters note, they come in all sizes, but the round ones are the best.

Those were our picks for the best Elden Ring memes, but what’s got you chuckling through those boss grind marathons? Give us a laugh by sharing your favorites in the comments below.