And the next game is being made in Unreal Engine 5. 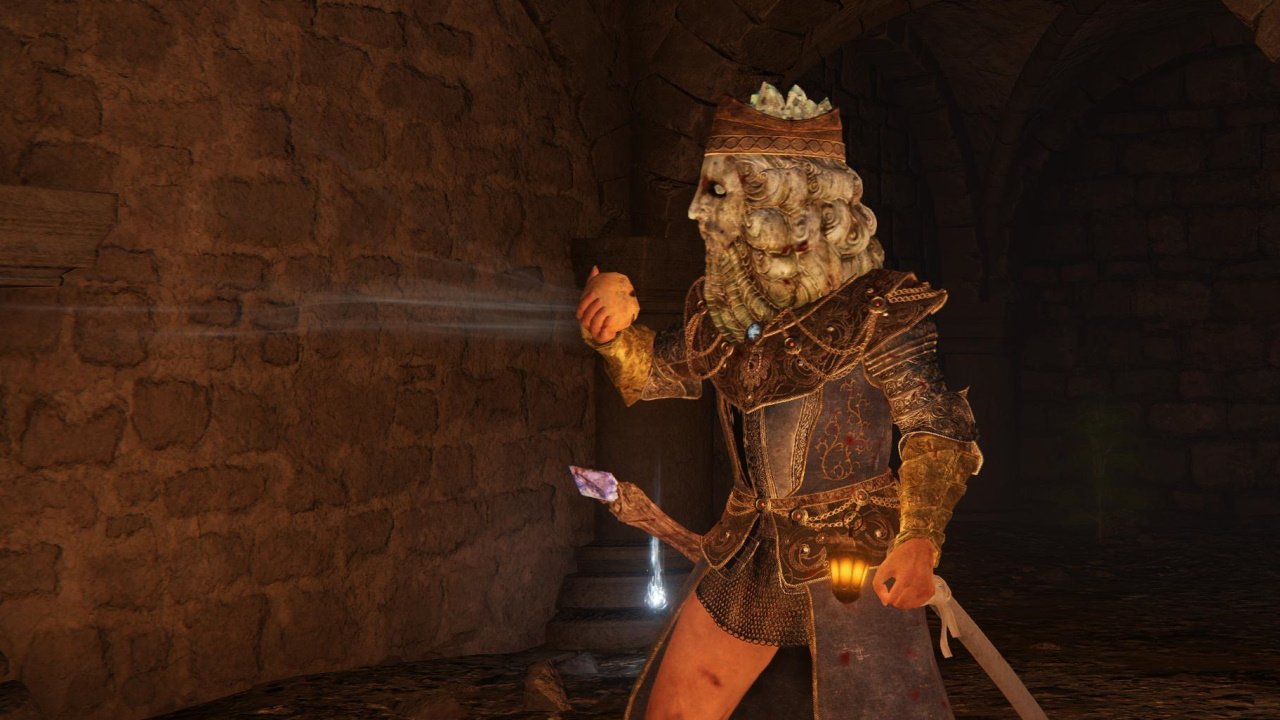 Win an Xbox Series S consoles with some fuzzy controllers to celebrate Sonic The Hedgehog 2 premiere.

You’re beautiful. Not words you’re likely to hear often in Elden Ring. Unless, that is, you manage to find the Prattling Pate locations hidden around the Lands Between. The entertaining Prattling Pates are key items that can be used to deliver an audio message to anyone else sharing your world. In this guide, we’ll explain where to find Prattling Pates in Elden Ring so you can natter away to your summoned allies.

Most Prattling Pate locations in Elden Ring are within underground tombs and catacombs. They’re usually hidden from the main path through each dungeon, so we’ve put together a quick quick guide to each one’s location. It’s also worth noting that these are also great places to pick up Grave and Ghost Glovewort which can be used to upgrade your Spirit Ashes. Follow the steps below to find the Prattling Pates in Elden Ring.

You can find the Prattling Pate Hello item in West Limgrave’s Stormfoot Catacombs, reached by traveling north and slightly west of the Church of Elleh. You can see the location on the map above.

Inside, you’ll need to follow the tomb through to reach the pathway with fire-spewing pillars. Heading straight forward, the Prattling Pate Hello can be picked up from a corpse resting behind the fire pillar.

The Prattling Pate Thank You can be found in the Weeping Peninsula’s Tombsword Catacombs, located on the west side of the cliff housing the land chunk’s Minor Erdtree, as highlighted above.

To grab this Prattling Pate, you need to follow the main path of the Catacomb all the way to the first flame-spitting pillar. Head past it and turn the next corner to reach the end room with several skeletons an item, and a corpse with the Prattling Pate to the right. past the flame-throwing pillar to find it on a corpse.

You’ll find the Prattling Pate Please Help – probably one of the most useful for summoning boss fight buddies – in the Impaler’s Catacombs right in the northeast corner of the Weeping Peninsula.

In this underground tomb, follow the main path until you reach the trap room with the raising floor. Trick the floor into raising, then step back and drop down into the hole below. in the next room, look for the corpse ahead on the left near the constantly spawning zombies to get the Prattling Pate Please Help.

The Prattling Pate Wonderful is located in the Cliffbottom Catacombs in the southeast sector of Liurnia. Follow the trail south down the slope to find this hidden tomb as marked above.

Within the tomb itself, you’ll need to head forwards until you reach the larger room with stairs heading down. Drop down the beside the stairs and kill the larger enemy here, then explore the side passages of the room. You’ll want the left side looking toward the door, but watch out for another larger enemy. There’s a corpse here holding the Wonderful Prattling Pate.

Within these catacombs, the Prattling Pate Apologies is on a corpse found on the platform the opposite side of the lever to unlock the main door. There are side passages on either side of the chamber you can use to get around to it.

The Prattling Pate You're Beautiful is located in Hermit Village, Mt. Gelmir. That's the region north of the Altus Plateau which surrounds Volcano Manor. Hermit Village can be reached by heading down the path beneath Volcano Manor, past the Ulcerated Tree Spirit and lava lake with a Magma Wyrm in. Follow the cliff-edge around the west and then south to eventually reach Hermit Village as you loop through the southeast edge of the mountains. Check the steps to one of the houses on the right here (watching out for the demi-humans and sorcerer) to grab the Prattlign Pate You're Beautiful. It's worth noting that this is also very close to Sorcerer Azur, who you need to speak with for Sorceress Sellen's quest.

Prattling Pate You're Beautiful is worth highlighting in particular because it plays a special role in the NPC quest for Boc the Seamster. When he expresses a desire for rebirth, use it in his presence to reassure him of his beauty and remove his dangerous urges to start life again. Otherwise, poor little Boc will likely come to a bad end.

Prattling Pate Let's Get To It location

The next Prattling Pate location is in the Sainted Hero's Grave of the Altus Plateau. This dungeon is found on the raised land reached by travelling south from the windmill towns. Be warned that the dungeon is guarded by a Black Knife Assassin boss, and that if you travel further up the hill, you may trigger a fight against a dragon. It's also very close to the Champion's Song painting reward.  To get to the Prattling Pate Let's Get To It location, you need to bst the asassin and delve much deeper into the dungeon.

Inside the Sainted Hero's Grave is a mechanic you may not have encountered before: enemies shrouded in black which cannot be harmed unless led into the light. There are key patches of holy light which will dispel the effect, so make use of them. The Prattling Pate Let's Get To it is located in the same chamber as the Grave Warden Duelist. You'll need to progress to the room with large blade traps, then ride one up to the hidden doorway above.

The Grave Warden Duelist is at the end of the room, but you can grab the Prattling Pate from the corpse on the floor close to the entrance. If you want to progress to the boss, you'll need to lure the warden back into the holy light of the previous room. Once there, he's vulnerable. Either way, make sure you grab the Ghostowort behind his initial position.

Those are all the Elden Ring Prattling Pate locations we know of so far, but there are definitely more out there! We'll update this article as we find more of them while exploring later sections of the game. If you're looking to hunt down more valuable items, we have a roundup of the best early Ashes of War as well as a breakdown of the best Talismans for the early game and beyond.