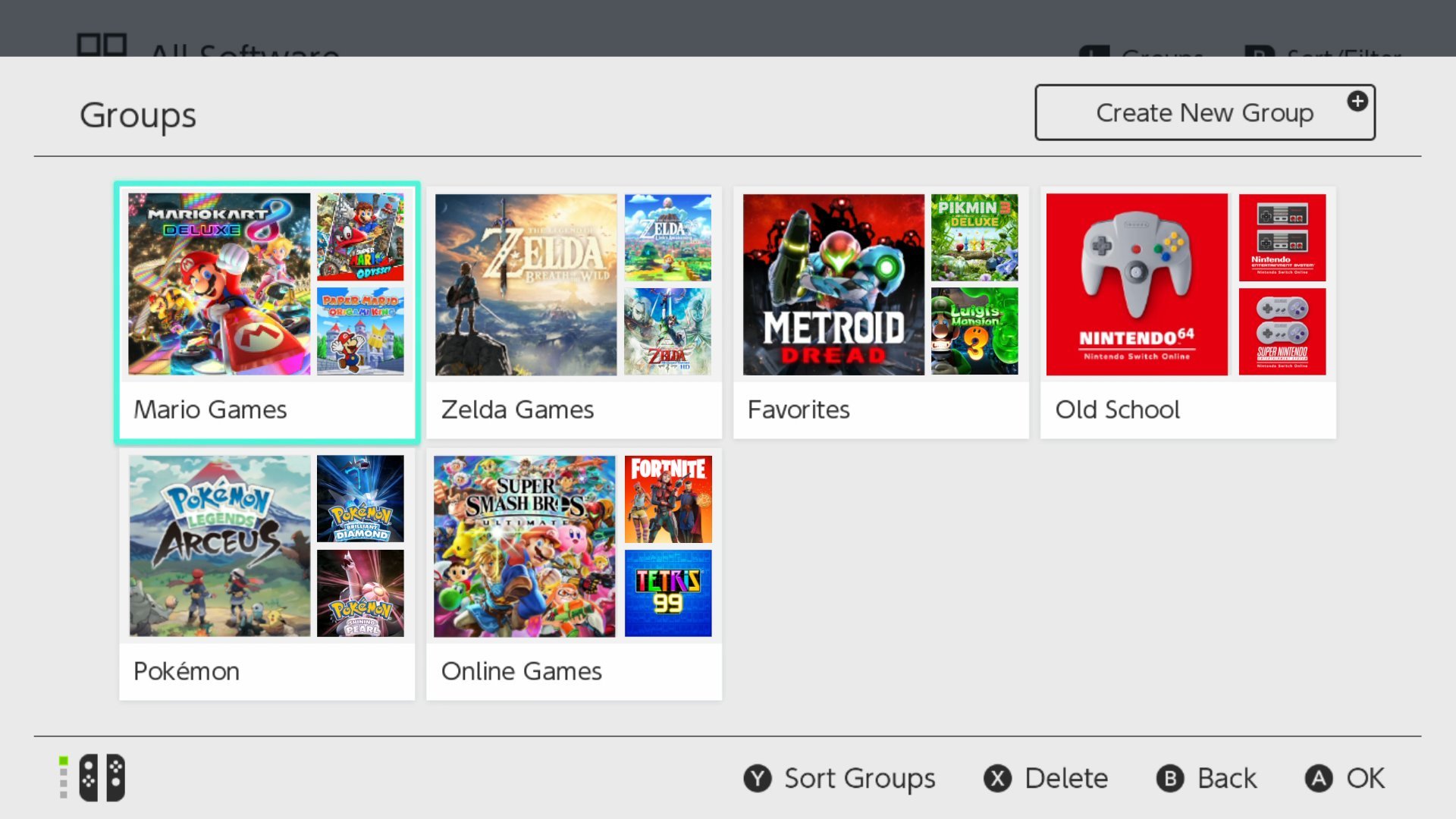 And the next game is being made in Unreal Engine 5.

A new firmware update for the Nintendo Switch has added the long-requested ability to group games into folders.

The groups, as they’re referred to on Switch, can be accessed by pressing the L button when on the Switch home menu. Provided you have more than 12 titles included on your Switch console, you’ll be able to sort them into up to 100 groups. Each group can then contain 200 games.

The good news for those who like organizing and associating is that there are no restrictions on a title being added to multiple groups. Mario Party, for example, can be placed in both your party and competitive groups. When you create a new group, you’ll be able to select all titles you want included from your full list of games and software.

To access the new Nintendo Switch groups feature, you’ll need to ensure that your console is updated to the latest firmware, version 14.0.0. To manually update, press the Plus button on the home menu to open settings and select Software Update and Via the Internet.

The 14.0.0 update for Nintendo Switch also introduces some adjustments to how Bluetooth connections are handled. Volume for Bluetooth headphones can now be adjusted on the Switch itself or through volume controls on the Bluetooth device.