Learn where to seek three wise beats and solve the Oridys's Rise puzzle in Elden Ring so you can claim an early Memory Stone. 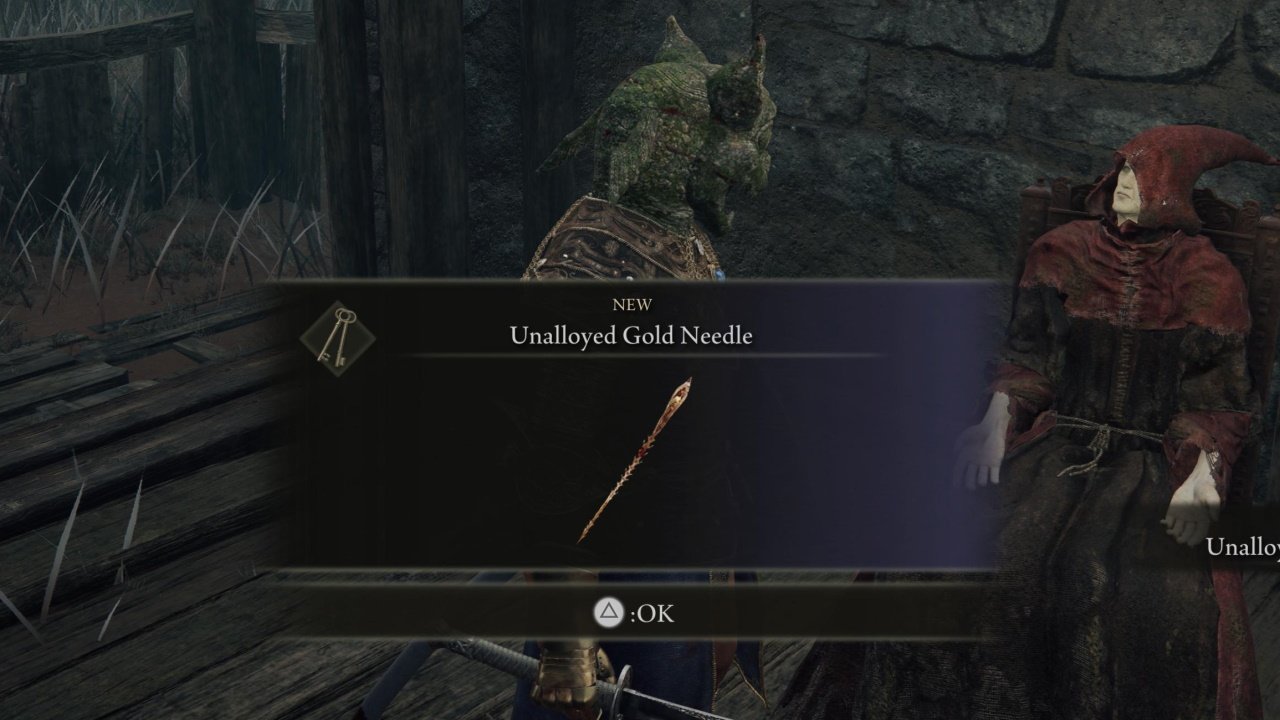 The fast and the furious.

In Elden Ring, an NPC named Gowry will ask you to find a Gold Needle in order to save a young girl called Millicent from the effects of the Scarlet Rot. He’ll point you towards the nearby Aeonia Swamp, but beyond that the hunt is up to you. To help continue the Millicent questline, this guide will lead you through where to find the Gold Needle location in Elden Ring and what you need to do with it afterwards.

Speak with the robed NPC Gowry in Gowry’s Shack south of Sellia, Town of Sorcery, and you’ll be asked to find the Gold Needle within the Swamp of Aeonia. This is a highly hostile place that’ll quickly inflict you with Scarlet Rot when on foot, so we recommend traversing it on horseback.

The Golden Needle location is at the heart of the swamp in central Caelid, as marked above. You’ll get the Unalloyed Gold Needle only after you beat Commander O’Neil, the boss waiting here. The boss is within the large cluster of twisted trees and roots at the center of the swamp, easily reached by heading west from Sellia.

Before you enter the area, make sure you activate the Inner Aeonia Site of Grace nearby. Be warned that Millicent will also invade you while you’re exploring the Swamp of Aeonia.

Once you take down Commander O’Neil, you need to take the Unalloyed Gold Needle back to Gowry’s Shack. Hand it to him and he’ll say he needs some time to work on it. Rest at a Site of Grace and return to receive the repaired golden needle.

You’ll then need to solve the Sellia Town of Sorcery door puzzle to travel through the town and north to find Millicent. She’s resting at the Church of the Plague. Give her the needle and, after you rest at a Site of Grace, she’ll awaken fully and grant you the Prosthesis-Wearer Heirloom which raises Dexterity by five. You can then meet her again at Gowry’s Shack before she heads off to the next stage of her quest line in the Altus Plateau.

That’s everything we can share about the Gold Needle location in Elden Ring. The Millicent questline requires you head to the northern lands of the Altus Plateau, but be sure to explore Caelid thoroughly first. The town of Sellia and regions beyond hold valuable rewards worth grabbing as early as you can.