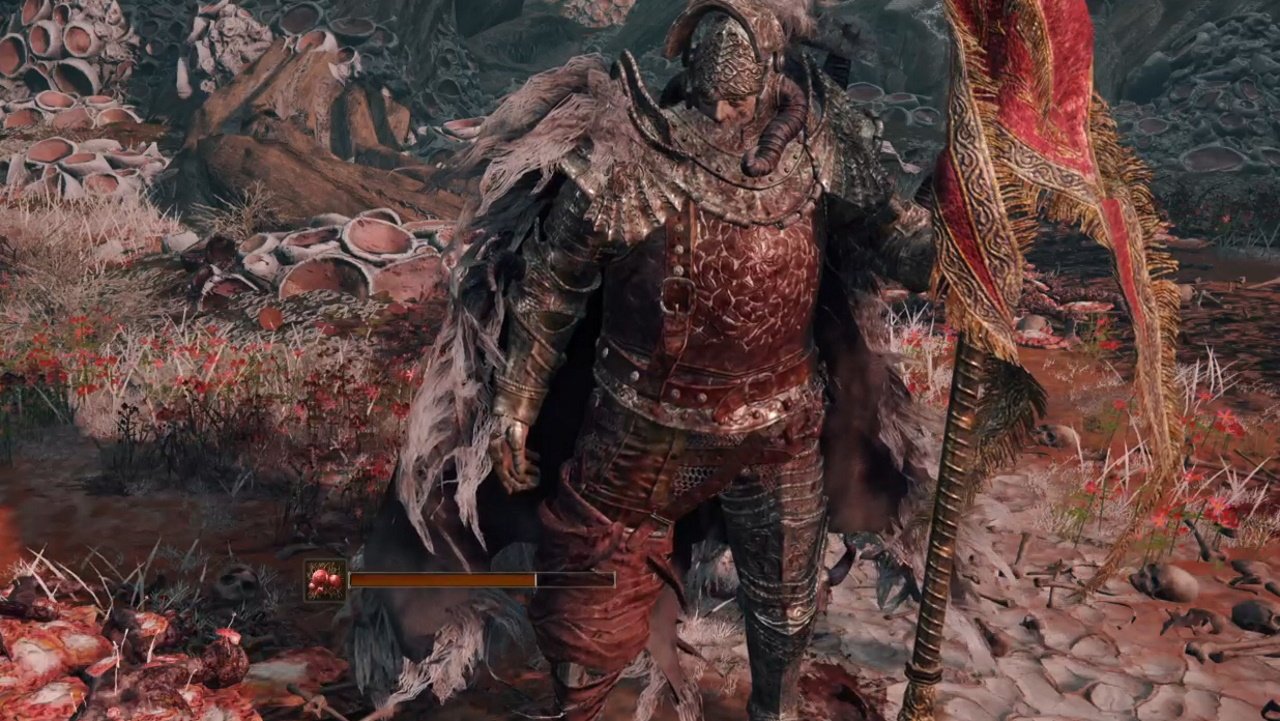 Learn how to open the blue barriers in Sellia Town of Sorcery to claim valuable rewards for your Elden Ring adventures.

Enter the swamp within Elden Ring’s Caelid region and you’ll find the Commander O’Neil boss fight waiting for you at the rotten sector’s heart. Beating Commander O’Neil will reward you with the valuable Unalloyed Golden Needle, required for Millicent’s NPC quest. He can be a tough fight thanks to spirit summons and Scarlet Rot, but in this guide we’ll explain the key tips behind how to beat Commander O’Neil in Elden Ring so you can carve a path through Caelid.

Those looking to beat the Commander O’Neil boss fight in Elden Ring have two main challenges to face: Scarlet Rot and O’Neil’s spirit summons. O’Neil himself deals heavy damage and has resistance to most damage types. However, he’s extremely slow and predictable. As such, here are the key things to keep in mind to beat Commander O’Neil in Elden Ring.

Boost your Immunity: Immunity is the key stat which governs Scarlet Rot resistance. Parts of the arena will inflict this on you, as will several of Commander O’Neil’s attacks. Outfit yourself in armor which boosts Immunity as much as possible to resist triggering the effect during the fight. Eating Immunizing White Cured Meat will also temporarily boost your immunity for the fight.

Gather Preserving Boluses: If you have the time, heading around Caelid to gather Preserving Boluses is well worth the effort. This item will cure Scarlet Rot and remove any build up. Five can be found in the Shack of the Rotting near the Limgrave entrance to Caelid, while the recipe for them is obtained from a cookbook near the Siofra River Bank Site of Grace. Grab it while you complete the Siofra River flames puzzle.

Use Torrent to take out his spirit summons: After summoning your own Spirit Ashes, the first thing you should do in the Commander O’Neil boss fight is hop on Torrent to hunt down O’Neil’s Spirit Summons. They’ll spawn a good distance from him and immediately whip out crossbows. While your ashes distract O’Neil, use Torrent to chase down and kill all his summons.

At around 40% health, Commander O’Neil may summon a second set of axe-wielding spirit skeletons. If he does this, immediately jump on Torrent once again to distance yourself from O’Neil and run them down before you return to the boss.

Hit and run: Commander O’Neil is extremely slow, rarely ever moving beyond a walk. His storm-based attacks spread Scarlet Rot, so whenever you see him preparing a move that isn’t a poke or swing, sprint away and force him to come back to you. If you're a mage, stick to horseback. You can comfortable blast spells at O'Neill from afar, running away whenever he gets close.

Use ranged Spirit Ashes: Because O’Neil is so slow, he’s easily distracted by ranged Spirit Ashes peppering him from afar. The Marionette Soldiers make for a brilliant distraction, allowing you to switch his interest between them and him as you poke him in the rear before backing up out of range. Position them well and they’ll likely survive the entire fight.

Commander O’Neill has a very limited moveset, especially when you stick close to him. You’re going to want to learn his standard pokes and swings well, as the majority of this fight will see you dodging them, landing one to two swings, then dodging again. You’ll rinse and repeat these hits until he starts activating his storm attacks. That’s your cue to run back and force him out of the Scarlet Rot area.

Walking pokes: Commander O’Neil’s most common attacks are a poke and a swing. For the former, he lowers his lance to the side, takes a few steps forward and swings upward. This is his most common attack by far. Wait for the brief pause as the lance becomes horizontal, then dodge towards the boss and land a hit afterwards. O’Neil will regularly repeat this attack before chaining into a swing or storm rot.

Standard swings: Commander O’Neil raises the lance to his side and swings in a slow arc. Wait for him to shift forward and bring the weapon down before dodging. It’s very easy to avoid, and again you can land a hit afterwards before dodging the next attack. Link hits between these strikes and you should be able to stagger O’Neil before too long.

At lower health, Commander O’Neil will sometimes chain his swings in a four hit combo. He’ll swing from side to side, then finish with an overhead strike. Each his is slow, so either back out of range or dodge to the side on the final below before striking back.

Storm rot: Commander O’Neil raises his standard, wreathing it in storm swirls before slamming it down to create a ring of storm around him. This coats the surrounding area in Scarlet Rot. When you see any storm effect, back up immediately and wait for him to get closer. This is a great chance to chug some flasks while you’ve got some distance.

At lower health, O’Neil will follow the stomp with an extra swirling spin, spreading more Scarlet Rot. The same principle applies. Stay away from him and force him to come to you.

That’s all we can teach you about how to beat the Commander O’Neil boss fight in Elden Ring. Once you’re out exploring Caelid again, be sure to solve the Sellia Town of Sorcery door puzzle nearby so you can find the painting location from Sellia for an extra magical reward.