Return of the rodent. 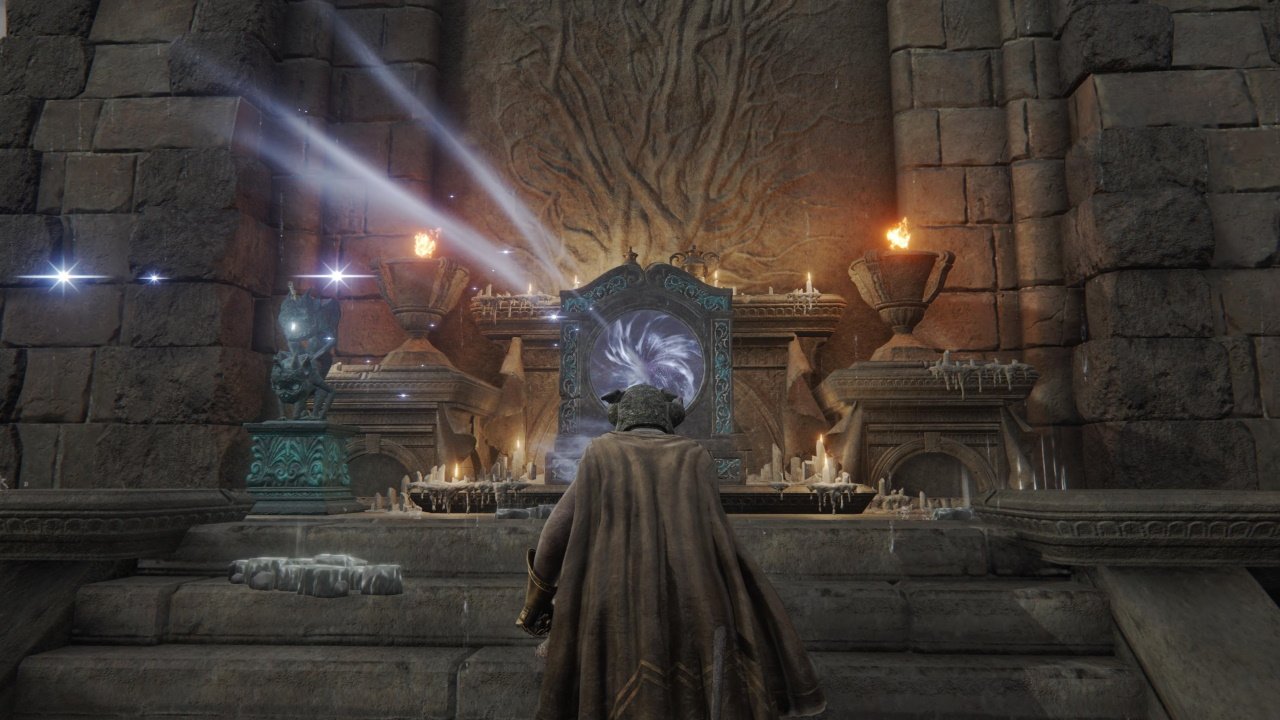 Head north in Elden Ring to Liurnia of the Lakes and you may discover the Four Belfries located on the western cliffs. A sort of hub and teaser to later areas in the game, the Four Belfries features three portals that’ll teleport you far across Elden Ring’s map. You’ll need to collect Imbued Stonesword Keys to access each portal, meaning choosing which to take can be a daunting prospect. Below, we’ll explain where the Four Belfriends portals will take you in Elden Ring, and how to get the keys you need to access them.

The Four Belfries are located in the west of Liurnia, on a hill which rises up north of Revenger’s Shack and west of Raya Lucaria Academy. Despite having four Belfries, there are only three portals to activate. Each one comes with a teasing clue offered in the form of a message, leading you to otherwise inaccessible locations within the following regions:

Each portal will require an Imbued Swordstone Key to activate. If you don’t want spoilers regarding each location through the Four Belfries portals, stop reading here. If you’re looking for which region to unlock first, we’d recommend the second belfry leading back to the Chapel of Anticipation.

Jumping through the first belfry portal will warp you far to the east of Elden Ring’s map, in the flying ruins of Crumbling Farum Azula. This is a closed off section which gives you a stunning view to look at the rest of the region from afar. You’ll need to drop down several platforms and take on two tough beast-like enemies to claim the valuable Pearldrake Talisman which buffs all non-physical resistances when equipped. It’s up there with the best Talismans in Elden Ring.

The second belfry portal will teleport you back to the Chapel of Anticipation – the area in which you began the game. It sits just slightly off the side of Stormveil Castle. Within you’ll have the chance to take on the Grafted Scion from the opening of the game. Get your sweet revenge, then press on to the starting chapel to claim the Stormhawk Deenh Spirit Ashes and the Stormhawk King Ashes which can be given to the NPC Nepheli during her quest line.

Activating the third belfry will warp you to a small closed chunk of Nokron, Eternal City. It’s actually a region visible from Siofra Valley, where you can just about make out the Lesser Crucible Knight standing proud on a bridge. Here you can grab the Mottled Necklace Talisman which boosts Robustness, Immunity, and Focus.

That’s everything there is to know about the Four Belfries portals in Elden Ring. You can grab all the Imbued Stonesword Keys relatively early in Elden Ring once you know where they are. Jumping through each portal will give you an impressive tease of some later sections or allow you revenge against that meanie Scion from the game’s opening. For more Elden Ring tips and tricks, head to our hub page.