Learn the best places to find Grave Gloveworts and Ghost Gloveworts in Elden Ring so you can upgrade your Spirit Ashes. 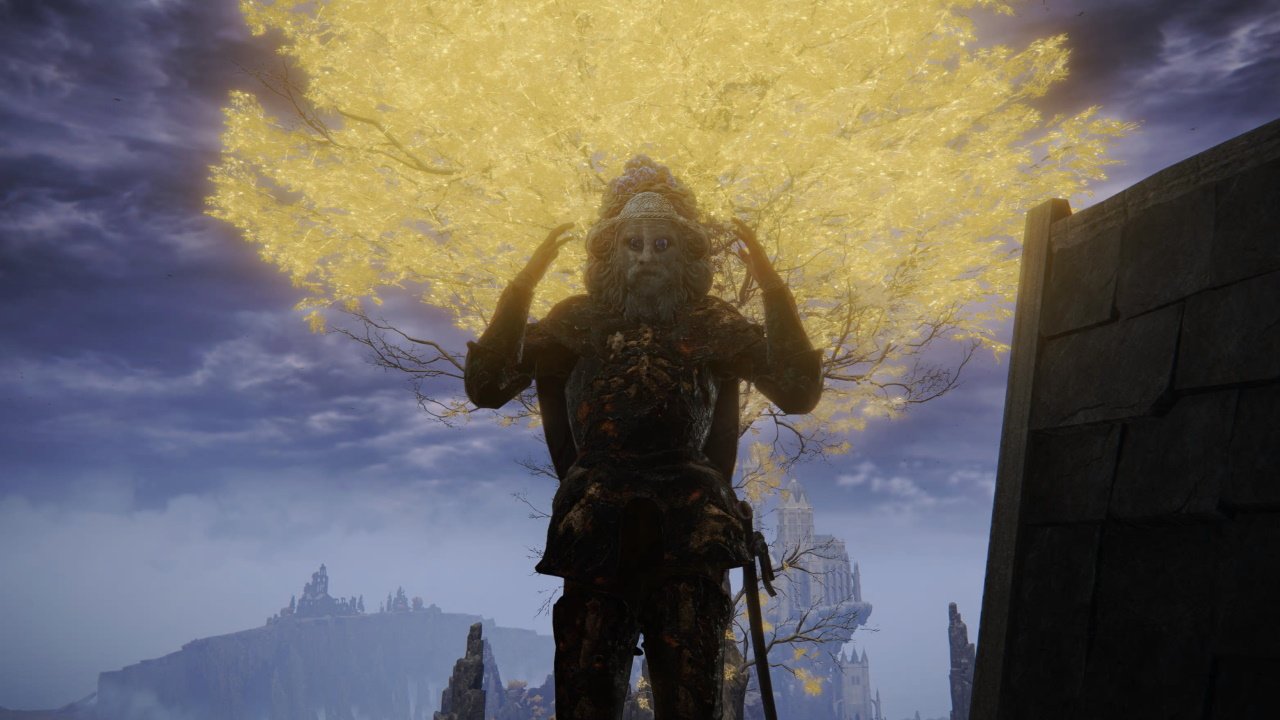 There's no tarnishing this record.

As you explore the north of Liurnia in Elden Ring, you’ll eventually find your way past the madness and up to the Converted Fringe Tower. The structure holds some tasty sorceries, but to obtain them you’ll need to solve the Converted Fringe Tower puzzle first. Doing so requires obtaining a certain Gesture, which can be more than a little confusing for more players. Below, we’ll walk you through the exact steps required.

To solve the Converted Fringe Tower puzzle and open the sealed door, you need to perform the Erudition Gesture while wearing one of the Glintstone Crown headpieces. The Glintstone Crowns are large stone heads, all of which can be found within Raya Lucaria Academy in the center of Liurnia. You’ll need to head there anyway if you’ve yet to get the Gesture.

The Erudition Gesture is rewarded for helping out Thops, the NPC at the Church of Irith. You’ll find him closest to the Lake-Facing Cliffs Site of Grace, just to the southeast. Speak with him and he’ll mention an interest in obtaining an Academy Key to Raya Lucaria. Unfortunately, you can’t give him the one you’ll need to access the facility.

The second key is found on a corpse sitting on a chandelier above the Church of the Cuckoo. Unfortunately, it’s only reachable by navigating the rooftops of Raya Lucaria Academy. The fastest route there is to start at the Debate Room Site of Grace, head out of the door turn left to climb up the rubble.

Run up past the zombies and the two mages on the balcony to the right and jump over the barrier a further platform with more mages. You'll be able hop onto the rooftops just around the corner. You’ll need to make your way through the lengthy area ahead, killing the marionettes, climbing a large ladder, and taking down avionette enemies until you can drop down to the upper rooftops. From here, jump across the gaps to reach the central tower you can fall down through on wooden platforms. On the outside, you can climb back up via a ladder and hop over to the sloped roof around the Church of the Cuckoo.

You're in the right place, but before you drop down anywhere, make sure to explore the roof to grab the Imbued Stonesword Key needed for the Four Belfries. Once you're ready, use the rafters inside the domed roof to drop down onto the Chandelier and claim the second key. If you can stomach repeating the process, you can also grab the Twinsage Glintstone Crown by dropping down on the right side of the outer Church roof instead to find a Crystallized Crab. Kill it to claim your oversized stone headpiece.

Return to Thops and you can give him the spare key to earn the Erudition Gesture as a reward. He’ll then head off to Raya Lucaria, though sadly he’ll meet a swift end and can be found just outside the Schoolhouse Classroom.

With everything in hand, it’s time to solve the Converted Fringe Tower puzzle. Return to the tower, don one of your Glintstone Crowns, and perform the Erudition gesture in front of the door. You should see the crown begin to glow and the following message appear: “The seal on the rise opened.”

Head upstairs and you can now claim Cannon of Haima and Gavel of Haima as your reward for finding the Converted Fringe Tower puzzle solution. It’s a bizarre method, but this is a FromSoftware game after all. For more useful early game sorceries check out our guide to some of the greatest you can grab early.