Our Royal Knight Loretta boss guide for Elden Ring will help you overcome this spectral warrior and her magical strikes. 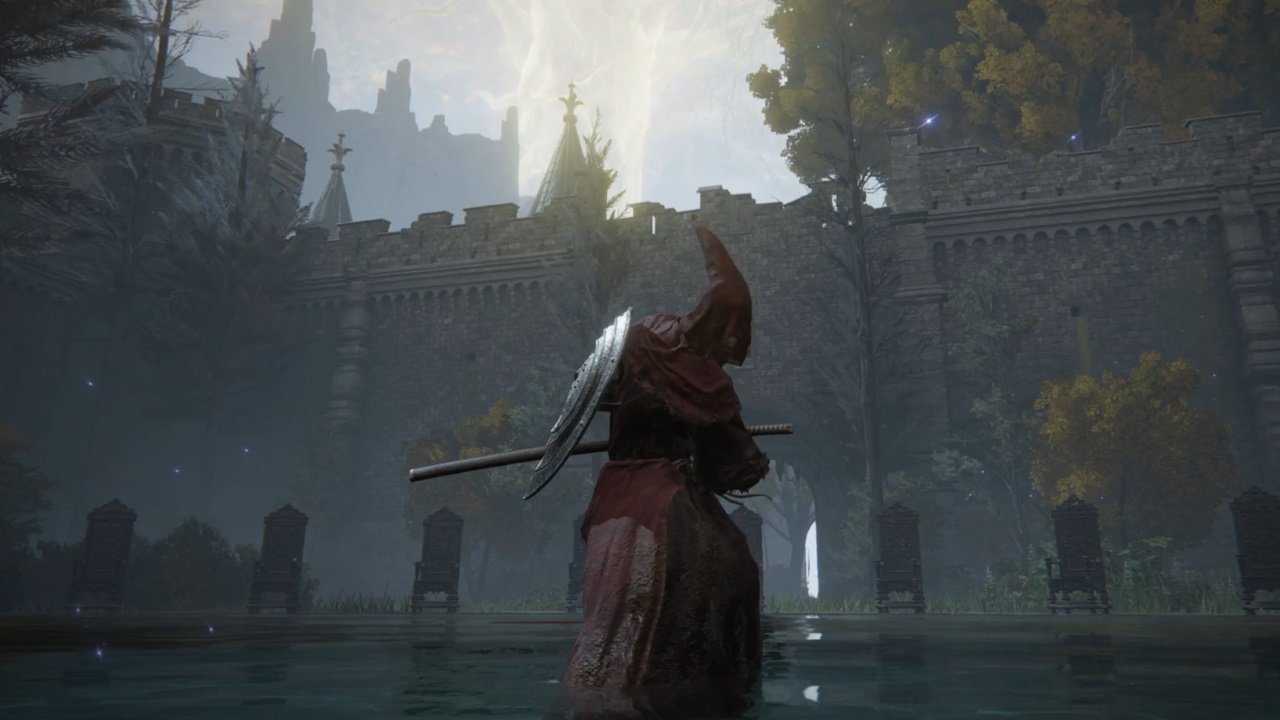 By completing the Sorcerer Rogier quest in Elden Ring you'll earn yourself a powerful weapon and learn a little more of the history of the Lands Between.

In Elden Ring, the right Ashes of War can turn your weapons to lifebar-melting monsters that’ll see you through countless boss fights. You’ll unlock a wealth of them over the course of the game, but we’ve rounded up some of the best Ashes of War in Elden Ring for the early game and beyond.

Elden Ring: Best Ashes of War for the early game

Most Ashes of War in Elden Ring are found by catching Teardrop Scarabs roaming the Lands Between. Before you can apply them, however, you need to make sure you’ve grabbed the whetstone blade. To apply other affinities, you’ll also need to collect other whetstones found in the game’s legacy dungeons. Our picks for the best Ashes of War in Elden Ring will help you dominate early enemies and bosses with heavy damage and nasty status effects.

For most melee builds, Bloody Slash will be an essential Ash of War to grab early in Elden Ring. This powerful attack unleashes an upward slice infused with blood affinity. It scales with Arcane but has excellent range and deals massive damage even if you barely have any stat points there.

Bloody Slash also allows you to grant a weapon the Blood Affinity, applying blood loss buildup on each hit before a massive burst of damage once they breach the limit. The majority of Elden Ring’s early enemies and bosses are vulnerable to blood loss, making Bloody Slash a phenomenal tool against them. Note that Bloody Slash will consume 130HP on use as well as 6FP.

To get this first of our best Ashes of War in Elden Ring, you need to defeat the knight at the top of Fort Haight in the southeast corner of East Limgrave, as shown on the map above. He can prove a dangerous foe for beginners, particularly when unleashing this Ash. Make use of an early Spirit Ashes summon to pull his attention away so you can land backstabs for massive damage.

Update - Patch 1.03 slightly reduced Bloody Slash's damage and more than doubled the HP cost of using the skill. It still remains an excellent ability to grab early for most players.

If you’re a Samurai or a Dex user planning to secure a katana weapon like the Uchigatana early (find it in  Limgrave’s Deathtouched Catacombs), Unsheathe is a great skill to grab early. It allows you to unleash a rapid horizontal light attack or an overhead heavy swing after activation.

Both offer more power than your standard attacks and can still be used (with reduced damage) without any FP. If you’re planning to move on to the Moonveil Katana in future, grab this Ash of War to practice the moveset in advance.

Unsheathe can be collected from a Teardrop Scarab found tucked in the southeast corner of Lake Agheel. Look for the small area of the lake jutting down on the map and hunt the scarab there. Be warned, a giant crab lurks in the nearby area. Avoid it as you head here.

If you’re looking to have fun and take on groups of enemies at once, Stamp (Upward Cut) is a brilliant Ash of War to mess around with. Activate it to stomp the ground, then use a heavy attack to swing upwards, launching enemies struck into the air. It’s not an ideal Ash for boss fights, but it works wonders against groups of enemies early in the game.

To get Stamp (Upward Cut), you’ll need to visit an NPC called Knight Bernahl at the Warmaster’s Shack in Limgrave. The position is marked on the map above. He sells a wealth of Ashes to purchase, including several more listed below. Stamp (Upward Cut) will cost 1,500 Runes. It’s also possible to get this Ash of War by grabbing the Zweihander from the merchant on the Weeping Peninsula’s southwest coast.

Applying no skill sounds rubbish, but it’s actually extremely useful for most one-handed melee and shield builds. By default, your available Ashes of War will be those for your left-hand weapon. Your shield will likely have a parry ability, forcing you to swap to two-handed to employ your right-hand weapon’s Ash of War. If you aren’t fussed about parrying, applying No Skill to your shield will let you use any Ashes of War in Elden Ring while keeping your protection equipped.

To grab the No Skill Ash of War, visit Knight Bernahl at the Warmaster’s Shack in Limgrave, as shown in the previous image. It’ll cost just 600 Runes to purchase from him.

Almost every enemy, bosses included, can be parried in Elden Ring. If you’re up for the challenge of mastering the timing, pick up the Parry skill early to apply it to shields or your left-hand weapon. On most enemies this will open up the chance for a critical hit. As with the previous two skills, Parry can be purchased from Knight Bernahl at the Warmaster’s Shack in Limgrave. It costs just 600 Runes, making it easily affordable.

Glintblade Phalanx is one of Elden Ring’s best early game sorceries, but you needn’t be a mage to add it to your arsenal. Once you take on Godrick in Stormveil Castle, the NPC sorcerer Rogier will move from Stormveil’s chapel to this hub zone, though you’ll now find him badly injured and unable to walk, sitting on the balcony

Speaking with him will see him offer you Rogier’s Rapier, a powerful fencing sword for mages. It comes equipped with the Glintblade Phalanx Ash of War, which you can then remove and slot into other weapons. Using Glintblade Phalanx spawns several magical blades next to your head. After a brief delay, they’ll fire at any enemies within range. It also allows you to apply the Magic affinity, trading damage scaling to shift with Intelligence.

If you’re after the best Ashes of War in Elden Ring, this is a strong contender for the top spot. Hoarfrost Stomp sends a wave of icy spikes along the floor in front of you which deal large AoE damage. It’s cheap to cast, rapid to unleash, and can be applied to all melee weapons. In short, it’s pretty much busted and can burn through many of the game’s bosses rapidly. Hoarfrost also applies the Cold affinity which scales with Intelligence and applies Frostbite buildup to attacks.

To grab it, you’ll need to head to Liurnia of the Lakes, which can be found north of Stormveil Castle in Limgrave. You don’t actually need to have beaten Margit and Godrick, however, as it’s possible to skirt around the right side of the castle walls. Hoarfrost Stomp is found in the small lake just southeast of Caria Manor, far in the northwest corner of Liurnia. There’s an invisible Teardrop Scarab performing loops around the surface. Spot it through the trail of splash and stand in one of the spots it passes. Lands a single hit on it and you’ll take it out, unlocking this powerful skill.

Update - As of Patch 1.03, Hoarfrost stomp has had its damage reduced and its cast time increased. It's still good, but not nearly as broken as it once was.

Those are our picks for the best Ashes of War in Elden Ring for the early game and beyond. If you’re looking to pair them with powerful summons, check out our guide for the best Spirit Ashes too! For mages, we also have a best early game Sorceries guide to get you unleashing mega magic in no time.