These best early game sorceries will add some magical firepower to your arsenal in Elden RIng. 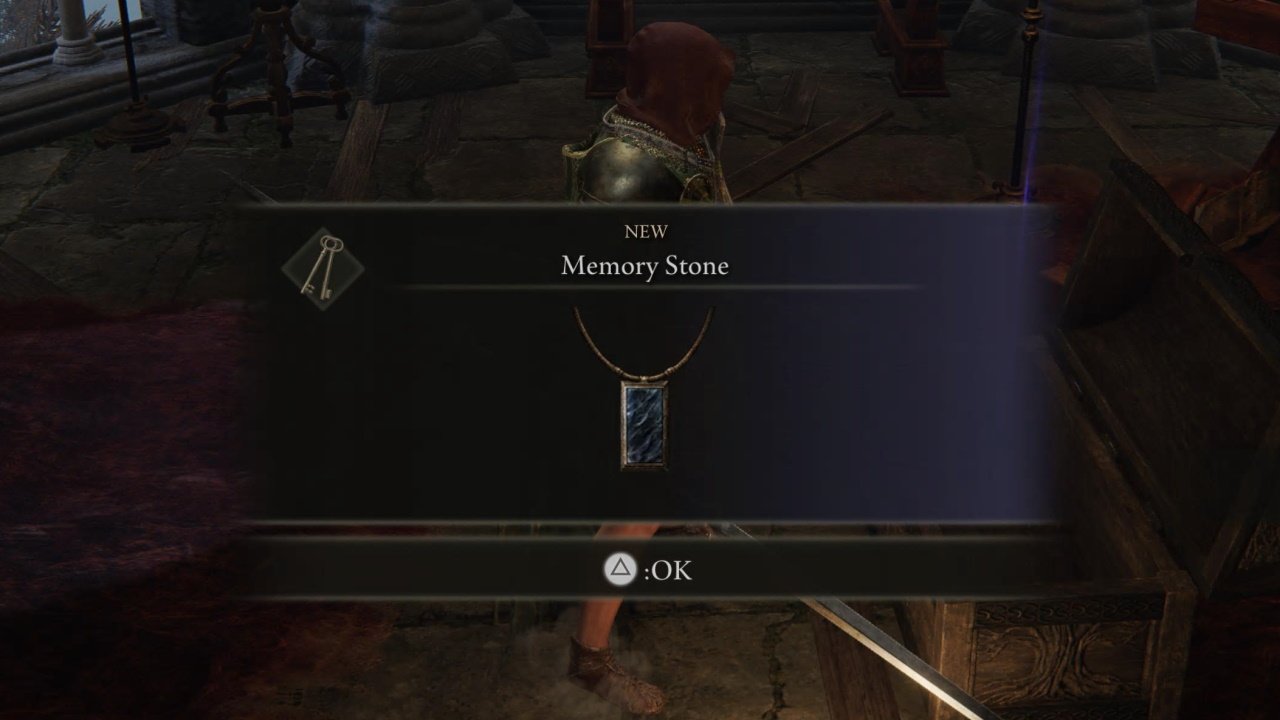 Our Royal Knight Loretta boss guide for Elden Ring will help you overcome this spectral warrior and her magical strikes.

To equip more spells in Elden Ring, you’ll need to track down Memory Stones. Picking up these items will add an extra memory slot, which is required to equip sorceries and incantations. They’re found on certain bosses and at the top of towers dotted around Elden Ring. To help your magic class get off to a strong start, we’ve rounded up the Elden Ring Memory Stone locations below for easy reference.

Most Elden Ring Memory Stones can be found in towers that challenge you to complete a small puzzle before they’ll let you inside. These are all the Memory Stone locations in Elden Ring that we’ve found so far.

The first Memory Stone you can collect in Elden Ring is at Oridys’s Rise in the Weeping Peninsula. After you cross the Bridge of Sacrifice while heading south, you’ll need to scale the mountains on your left to find the tower on the raised Plateau. The puzzle here is to find “three wise beasts” which are turtle spirits hidden around the area. Hit each one once to unlock the door to the tower. Having trouble finding them? Check our Oridys's Rise wise beasts guide.

Once you gain access to Roundtable Hold, you can purchase a Memory Stone from the Twin Maiden Husks merchant there for 3,000 Runes. Pricey, but a valuable purchase.

The Converted Tower is in the southwest of the Lakes of Liurnia region. It’s just southeast of the large tree visible on the map here. The tower isn’t functioning any more, so you’ll need to jump up the wall on its outside then leap across onto the roof itself. Use Torrent if you’re not sure you can make the jump on foot. Head inside and open the chest for the Memory Stone.

Further north in Liurnia and directly north of Raya Lucaria Academy is Testu’s Rise, the next Memory Stone location in Elden Ring. Find the Site of Grace here and pass time until nightfall. You can then hunt the “three wise beasts” as you did at Oridys’s Rise. One is hidden up a tree, so prepare a ranged attack in advance. Our Tetsu's Rise guide will show you all three locations.

Battle through Raya Lucaria Academy in Liurnia and you’ll face Red Wolf Radagon. While a much smaller fight than Rennala at the end of the Academy, Radagon will offer up a Memory Stone as a reward when beaten.

Far in the northeast of Liurnia is Caria Manor, an unsettling noble house packed with monstrous finger spiders. Bat enough of them away and you'll be able to face the region's boss, Royal Knight Loretta. Take her down and you can then gain access to the towers hidden behind the manor. Ranni the Witch's tower is here, though we'd avise not talking to her unless you're up to speed with Sorcerer Rogier's quest. Further to the west is Seluvis's Rise. Once you've been accepted to Ranni's service, the nasty sort who owns this tower will begrudgingly allow you within. Scale it to find the next Memory Stone location at the top. Don't feel bad about nicking it either, Seluvis is not a great guy as you'll swiftly discover.

Reach Dragonbarrow in the northeast region of Caelid and you can find Lenne’s Rise, another tower with a puzzle to solve before you reach the Memory Stone location. This one is a bit of an odd tower, as you’ll need to use a Spiritspring hidden behind some trees to launch Torrent up and onto the upper section of the building. Jump up next to the tall tower and curve around the back of it to land on the outer walkway.

Alternatively, you can land on the lower roof to slide down onto a balcony.Be warned that inside the structure is an Arcane Sphere of Faces that you may need to fight before you open the chest and claim your prize.

This is the last Memory Stone location in Elden Ring. Once you head north to Mt. Gelmir above the Altus Plateau, you can loop around under and past Volcano Manor to eventually reach Hermit Village along the mountain's edge path. Along with a key Prattling Pate item to collect, this area is home to the Demi-Human Queen Maggie boss. She's aided by several sorcerers but shouldn't prove too much of a fight. Take her out to earn this final Memory Stone as a reward. Make sure to head beyond this point to find Sorcerer Azur if you're a spellcaster and want to compelte Sellen's NPC quest.

Those are all the Elden Ring Memory Stones we’ve found so far, but we’ll update this guide with the other locations once we‘ve managed to secure the rest. If you’re just starting as a sorcerer, make sure you check out our list of the best sorceries for the early game before you set out on your venture!