Our Magma Wyrm Makar boss guide for Elden ring will help you beat down this oversized fire lizard and his smaller offspring. 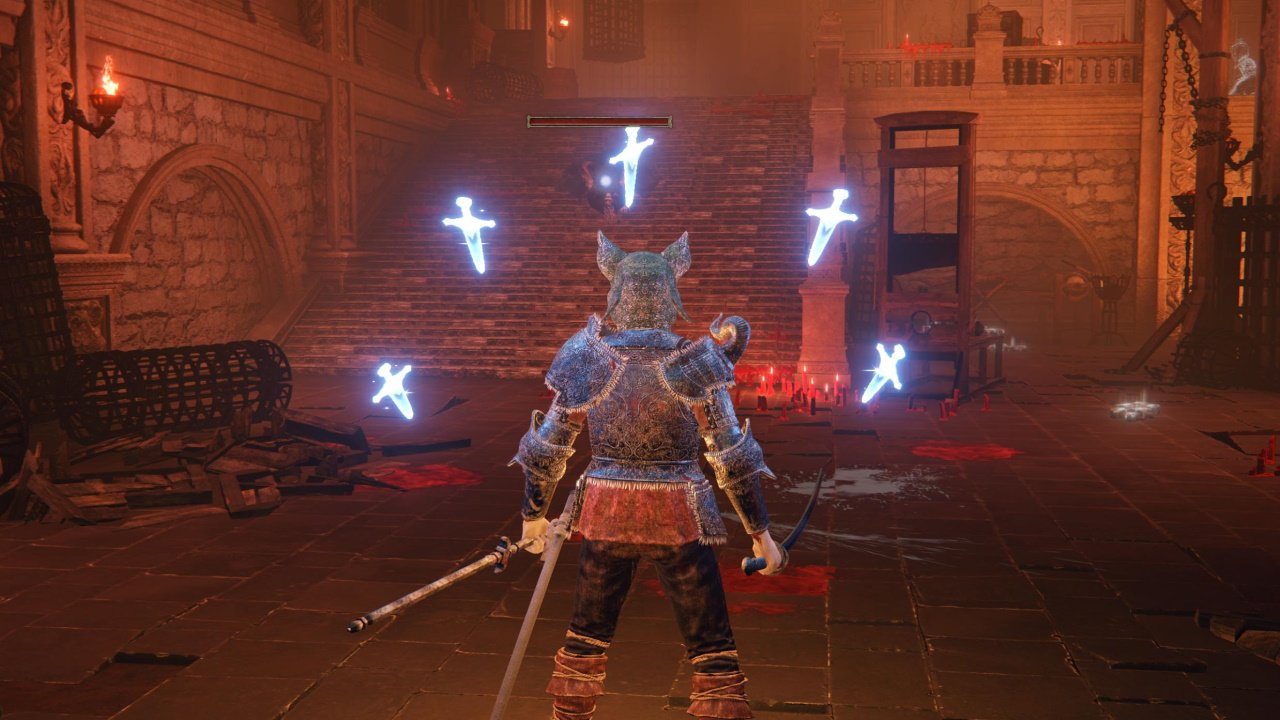 Learn how to equip more spells in Elden Ring by finding Memory Stones across the Lands Between.

In Elden Ring, your magical prowess is only as good as the spells you have to pair it with. Classes like the Astrologer will start with a few good sorcery spells, but there are others you’ll want to equip yourself with before long. In this guide, we’ll take you through the best sorceries for the early game in Elden Ring and how to get them.

Which spells you start with will depend on your chosen class, with the Astrologer opening with the best options of the bunch. Every class can build into magic, however, so make sure you follow our guide for key items like an early staff if that's your aim. You'll also need to make sure you have the Memory Stones required (check our Memory Stones guide here) to equip all the spells you want. Once you've got one, these are the best sorcery spells for the early game in Elden Ring:

Glintstone Pebble is a starting Sorcery for the Astrologer class, but others will need to purchase it for 1,000 runes from Sorceress Sellen at Waypoint Ruins. She’s found down the stairs close to the poison spewing plants here, east of Lake Agheel. Be warned, you’ll need to take down the Mad Pumpkin Head boss to speak with her. Fortunately, with the right Spirit Ashes on your side, he’s a walk in the park.

Glintstone pebble is one of the most basic sorceries in Elden Ring, firing a single shard toward your target. That doesn’t stop it from being the best sorcery in Elden Ring that you’ll have access to for a really, really long time. It fires rapidly and can be repeatedly cast, deals solid damage, and travels farther than most other early Glintstone spells. It’s much better than the alternate Glintstone pebble variants, though you can try mixing those in for fun from time to time.

An alternative to the Pebble, Glintstone Arc fires a wave projectile that passes through enemies it hits. This makes it a fantastic tool for taking on mobs of enemies at once, damaging them all simultaneously. For a single target, stick to the Pebble, but against groups, Arc will serve you best.

Glintstone Arc is also a starting spell for the Astrologer, while other classes will need to purchase it from Sorceress Sellen at Waypoint ruins for 1,500 Runes.

Until you can apply certain Ashes of War, Scholar’s Armament is the main way spellcasters can apply magic damage to their right hand weapon’s strikes. You can grab it from Sorceress Sellen at Waypoint Ruins for 3,000 Runes.

Perfect for tackling shielding enemies, Ambush Shard spawns a projectile at a distance in front of the caster, allowing it to strike most enemies from behind. The Ambush Shard has a high intelligence cost for the early game, but if you’re hardlining a magic-based class, it won’t be too long until you can make use of it.

To grab this spell you’ll need to visit Witchbane Ruins in the Weeping Peninsula (south of Limgrave). There’s a nasty spell-casting face orb floating above the entrance you need. It’s best dealt with by rushing in and swinging away while it’s still spawning. The Ambush Shard spell is in a corpse in the underground cell here. Try not to worry about the other inhabitants that seem to be trapped there…

Two more of the best early game sorceries in Elden Ring can be obtained from Sorceress Sellen, but only after first handing over the Royal House Scroll. That can be grabbed from an enemy encampment southeast of Lake Agheel, as shown above. Look for the pesky mage zombie sitting atop a structure to the left as you enter. There’s a corpse sitting on the edge holding the scroll.

Carian Slicer is available for 1,500 Runes from Sorceress Sellen. While it’s far from a grand, impressive spell, it’s dirt cheap and rapid to cast. It slices a short distance directly in front of you, working well as a "get back" spell once enemies get too close.

Glintblade Phalanx is a fantastic spell to work towards early. It’ll cost you 2,500 Runes and summons five glintblades which hover around your head. After a brief delay, they’ll launch at any enemies which get close enough. The player can act after they’ve been summoned, allowing you to combo their hits with other spells or melee attacks. Once you get further in the game, you can trade this out for the Greatblade Phalanx or Carian Phalanx.

Glintblade Phalanx can also be obtained as an Ash of War from Rogier in Roundtable Hold. It comes attached to his Rapier, given after beating Godrick the Grafted.

Rock Blaster is an unusual Stonedigger spell that most players won’t gain access to early. To get it, you’ll need to activate the trap chest found in Dragon-Burnt Ruins in Lake Agheel. This will warp you to Sellia Crystal Tunnel, which is an area far too high level to be fighting enemies in. Instead of battling, sprint through the area above the trap spawn to the shack with a chest in. Open up the chest before you’re hunted down and you can claim Rock Blaster.

This sorcery spell sees you slam your staff into the ground, generating magic shockwaves. It’s far from the best Sorcery out there, but it’s a fun alternative to the Glintstone Arc. Hold it for very situational uses.

Those are our picks for the best early game Sorcery spells in Elden Ring. You’ll begin finding more sorceries to cast once you reach Raya Lucaria Academy in Liurnia, but until then these spells will comfortably take on anything the game can throw at you. Follow our Memory Stones guide as well to ensure you can equip them all. For more early game advantages, check out our breakdown of the best early game Spirit Ashes in Elden Ring, or head to our hub page for all our tips and tricks!