Learn the next main story location after Rennala in Elden Ring or some optional side tasks you can take on for during your explorations. 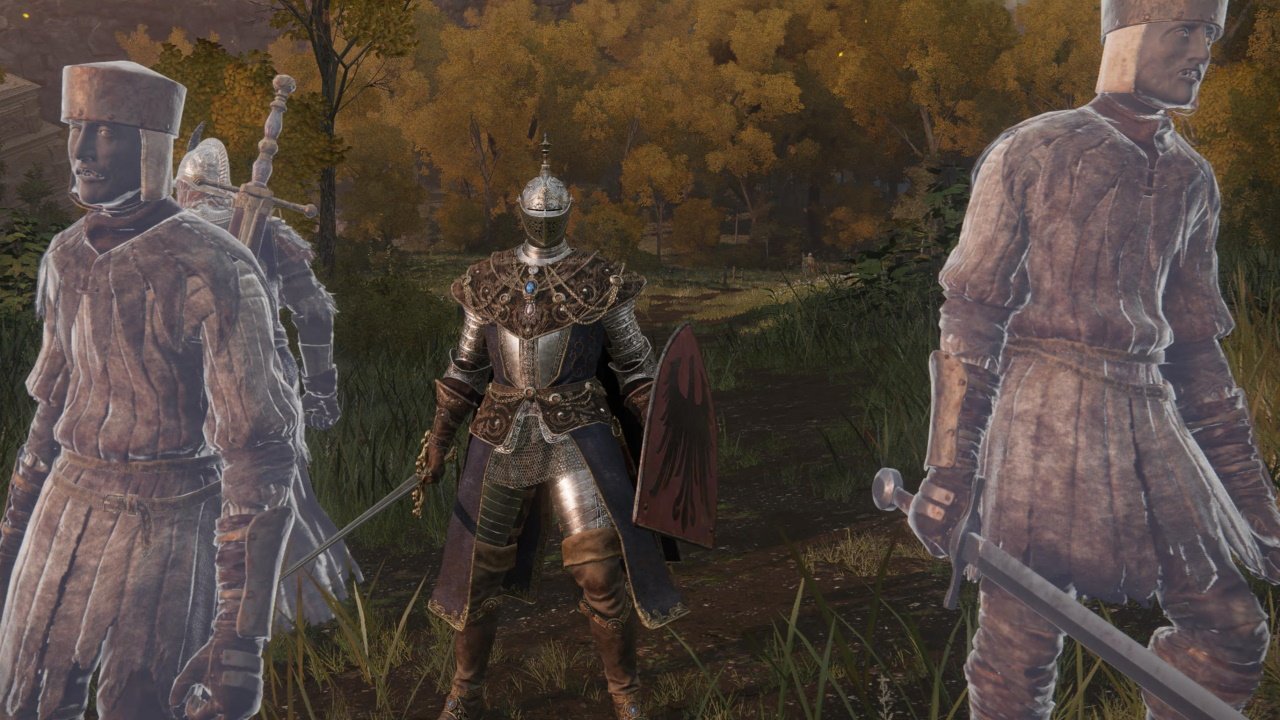 Our Magma Wyrm Makar boss guide for Elden ring will help you beat down this oversized fire lizard and his smaller offspring.

Elden Ring features more than 60 Spirit Ashes to call to your aid. If, that is, you can find them. Many are hidden in the game's toughest regions, but you can outfit yourself with some powerful allies early if you know where to look. These are the best Spirit Ashes in Elden Ring’s early game and beyond, including instructions on where to obtain them

Before you start hunting down the best Spirit Ashes in Elden Ring below, make sure you’ve gained access to Torrent and completed these key tasks. Once you’re ready, follow the instructions below to snag these super spirits.

The Spirit Jellyfish is far from the best summon out there, but very early on in Elden Ring it’s a solid way of inflicting poison to a vulnerable boss. It’s also a walk in the park to obtain. Simply ride north from the Gatefront Site of Grace until you pass the wolves which drop from the sky and reach Stormhill Shack on the right. Speak with Roderika inside multiple times until she gives you the Spirit Jellyfish Ashes.

Roderika is an essential NPC to meet, as it’s through her you’ll upgrade Spirit Ashes at Roundtable Hold. Make sure you hunt down the Chrysalid’s Note in Stormveil Castle to upgrade Spirit Ashes. As for the Jellyfish, keep him handy for bosses that you want to slowly poison while you get stuck in. Godrick and Margit are both vulnerable to the Jelly’s charms.

The Rotten Stray is cheap in terms of FP and might not look like much, but it’s one of the best inflictors of the Scarlet Rot status effect you can snag early on. That makes it a powerful ally against many early bosses, including Margit the Fell. If an enemy is weak to it, they’ll suffer damage continuously until they die.

To grab it quickly, you’ll need to activate the trap treasure chest in Lake Agheel’s Dragon-Burnt Ruins. From there, Sprint through the Sellia Crystal Tunnel to reach the Site of Grace at the entrance. The enemies here are tough, but you can hop on Torrent and ride southeast (left) around the toxic lake to snag these Ashes from the ruins of a brick building before you reach the Sellia Under-Stair Site of Grace.

To claim these Spirit Ashes, you’ll need to take down the Tibia Mariner boss in Summonwater Village. Head east from Stormhill Shack and continue along the road all the way across the bridge and into east Limgrave. The Tibia Mariner will face you in the waters, raising his own skelly minions during the fight.

The Skeletal Militiaman Ashes will summon two pike-wielding skeletons to fight with you. The key is that they’ll resurrect themselves when killed. They only die permanently if their hearts take a hit when they collapse. Typically, that means only foes who leave damaging pools of fire or other effects on the ground will do so.

Once you've taken down a Margit and Godrick, consider swapping in these best Spirit Ashes in Elden Ring for new combat options.

While you can grab Lhutel the Headless early, it’s extremely likey that you won’t have enough FP to summon her for quite some time. Still, if you can bump your Intelligence enough to afford the 104 cost, this Legendary Spirit will serve you well for the rest of the game. An incredible tank, Lhutel is also capable of teleporting and causes buildup of the instant death status effect.

To get these Spirit Ashes, you need to beat the Cemetery Shade at the Tombsward Catacombs in the Weeping Peninsula. While capable of rapid takedowns, this boss is pretty weak and will go down rapidly if you distract it with another Spirit Ashes summon. The reward is more than worth the minimal effort.

The Raya Lucaria Soldier Ashes aren’t particularly inspiring – they’re just two throwaway footmen and one actual soldier – but as a mob they’re great for engaging groups of enemies or distracting tougher bosses. They’ll also mix melee with some magic attacks, making them a solid choice against a wide range of enemies once upgraded.

To grab them, you’ll need to head west in the Liurnia region. South of the Revenger’s Shack, you can follow a path down the cliff edge to reach Road’s End Catacombs. The Ashes are in a chest at the end of the catacombs. Be ready to hit a lot of illusory walls as you make your way to the Spirit-Caller Snail boss fight.

The Marionette Soldiers are a brilliant summon for the sole purpose of being really, really annoying to enemies. They deal minimal damage but will pepper foes with an endless stream of bolts. This will stagger weaker foes and even some bosses like Raya Lucaria Academy’s Rennala.

Get the Marionetter Soldiers Ashes from the Church of the Cuckoo Site of Grace in Raya Lucaria Academy. You’ll need to drop onto a lower platform before crossing the bridge, looping around to come up behind the two Marionette soldiers on their elevated position. Take them out and then loot the Ashes from the corpse.

By far the best Spirit Ashes in Elden Ring overall is the Mimic Tear. This generates a copy of the player, effectively doubling your capabilities. You won’t be able to obtain for quite some time, however, as it’s locked in a chest in Nokron, the Eternal City. We’ve skipped including a map, as it’s a heavy spoiler for Elden Ring’s late game.