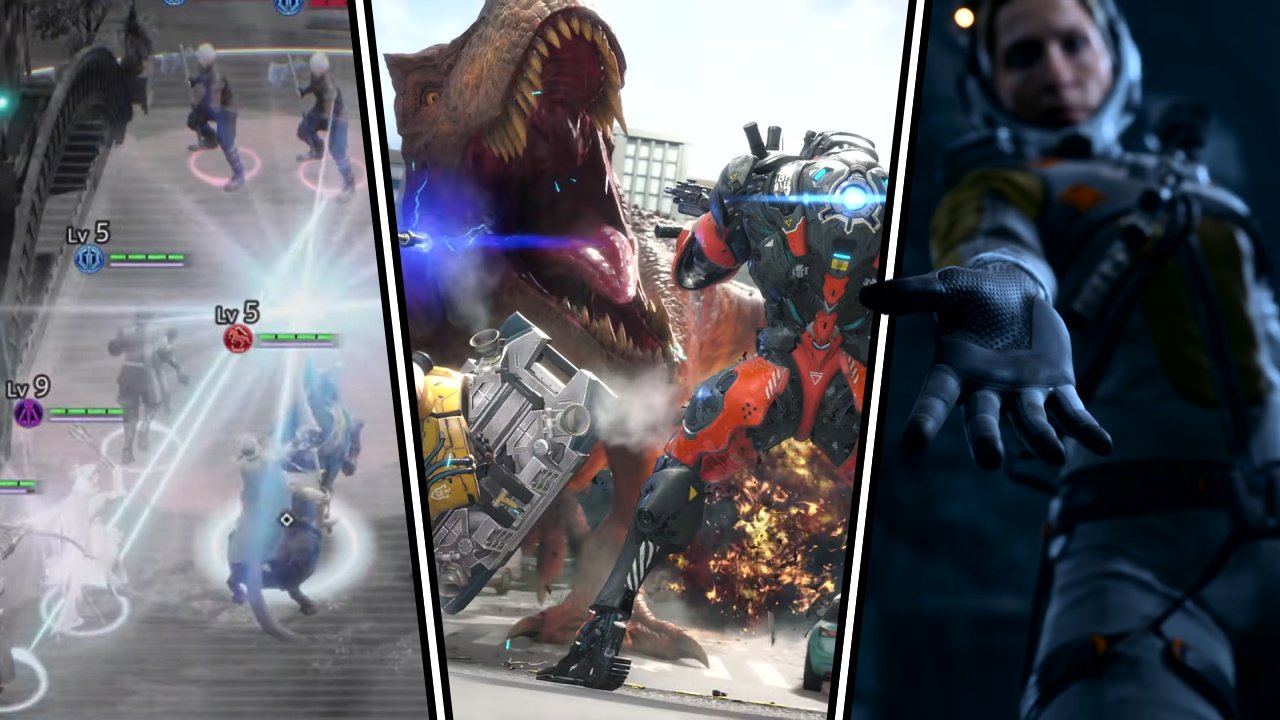 Sony’s Playstation State of Play broadcasts usually offer key updates or a deep dive into an upcoming title. So when last night’s show was announced just a day in advance, we didn’t really know what to expect. It wasn’t a blowout spectacle, but the March 9 State of Play did bring its fair share of welcome surprises. Here are the reveals we certainly weren’t expecting but are all too happy to have received.

An overabundance of dinosaurs in Exoprimal

The Dino Crisis series may be as extinct as its prehistoric predators, but Capcom isn’t yet done with human-munching monsters of the saurian variety. Exoprimal looks like the publisher took one look at the Earth Defence series and wondered why anyone would rather fight bugs instead of raptors.

Yes, dinosaurs are flooding the planet – quite literally with the numbers that seem to be pouring torrentially from mysterious portals. The good news? You’ve got a team of supersuited soldiers ready to fight back in third-person shooter action. The game looks primed to be a co-op multiplayer blast. At least up until a T-Rex chows down on your Exosuit armor. Next recruit, please!

Exoprimal is set for release in 2023.

Returnal is getting co-op support

Housemarque’s nails-hard sci-fi roguelite was an unexpected guest in the Japanese-studio-centric State of Play. Its revealed update was even more surprising: Returnal is getting full co-op support. That hostile alien world of far too many tentacles and bullets can be made a touch less lonely by invited a pal along for the full campaign ride. You can even revive your partner if they fall in a fight.

In addition, the tower of Sisyphus is a new endless mode which challenges you to push as far as you can through fights of ever-increasing difficulty. You’ll earn a score for the level you reach, meaning it’s time to show off those alien-blasting skills to your mates.

With Triangle Strategy out in the world, Square Enix is already on to its next strategy title in The DioField Chronicles. This Real Time Tactical Battler (the eloquent RTTB for short) takes place in a medieval fantasy world that’s tinged with “modern-day influences”.

Players take command of the Blue Fox company of mercenaries, issuing commands to their characters across the field of battle. The game speed can be adjusted to assess the standings, direct special moves, or watch the action unfold.

The unique art style combined with an unconventional gameplay structure makes this a very tempting prospect. The DioField Chronicle is due to be released in 2022.

Want more from the March 9 State of Play? Catch up on everything else broadcast in the full showcase, embedded below.

What was your favorite reveal from the March 9 State of Play? Let us know what you're excited for in the comments.