You can pause in Elden Ring after all

Perfect for when you need to Tarnish your toilet. 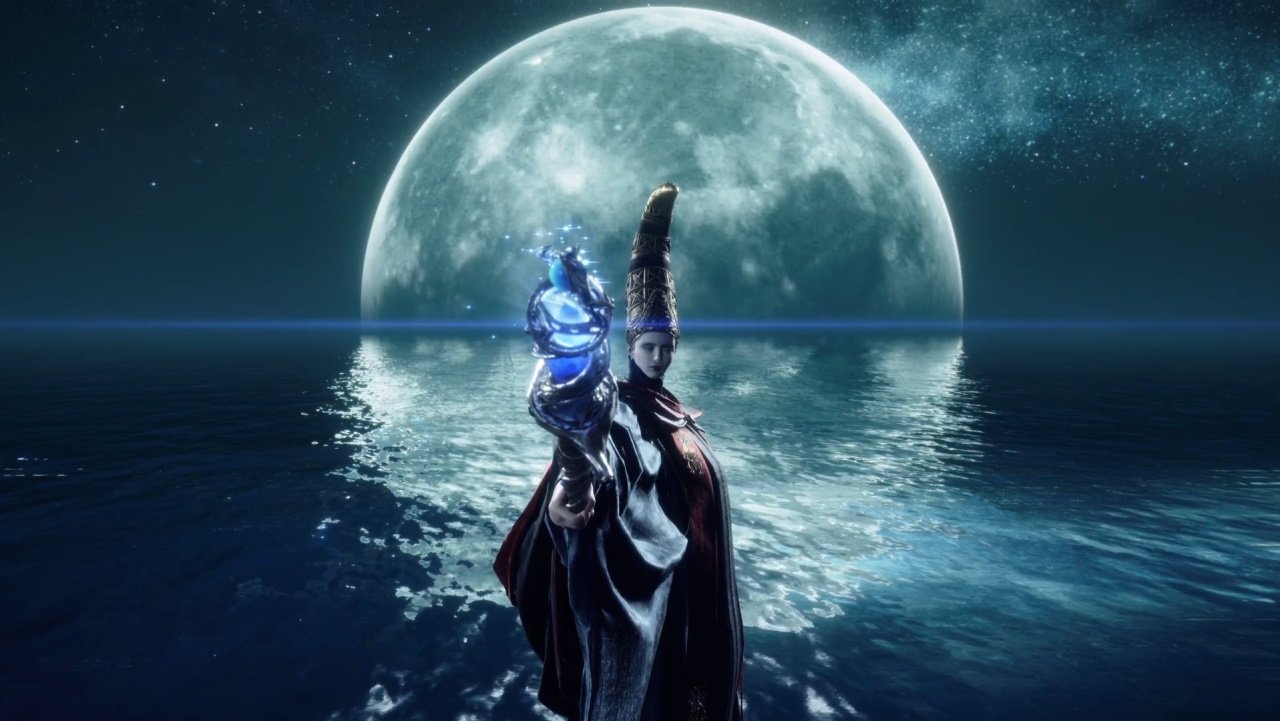 Learn how to respect stats in Elden Ring so that you can face any and all challenges the game throws at you.

Reach the top of Raya Lucaria Academy in Elden Ring and you’ll face the Rennala, Queen of the Full Moon boss fight. This tricksy battle is part puzzle, part boss rushdown, and can be a mighty task for spell users. We’ll teach you how to beat the Rennala boss fight in Elden Ring by breaking down her key weaknesses and the strategy needed to overcome her powerful magic.

The Rennala boss fight is a two-phase battle which begins with a puzzle phase and ends with a battle against some extremely powerful magic. We’ll cover both phases below, but there are some key tips to know before you dive in.

Rennala is highly resistant to magic damage: Anyone rocking a magic build is advised to equip a melee weapon for this fight, as your spells will do minimal damage at best to her. As for which melee weapon to use…

Wear magic-resistant armor: As the head of the academy of stone-headed magic dorks, Rennala is, unsurprisingly, a master sorcerer. Equipping clothing which reduces magic damage, like the Raya Lucaria Robes, will reduce how much the fight’s spells melt your health bar.

Rennala is vulnerable to blood loss: Rennala takes massive damage from blood loss and gets staggered by the effect, making it one of the best ways to take her down. If you’ve obtained the Bloody Strike Ashes of War from Fort Haight in Limgrave, this is an ideal time to use it. Likewise, weapons like the Uchigatana which come with blood loss by default are a great choice.

Bring a ranged Ashes of War: Rennala’s second phase can be made much easier with the right Ashes of War. What you’re after is a rapid-firing enemy which will keep Rennala distracted and stunned, ideally from range. The Marionette Soldier Ashes, which can also be found within Raya Lucaria Academy are a brilliant option as they’ll riddle her with bolts while you get up close.

Phase one of the Elden Ring Rennala boss fight guide is a puzzle that sees you hunting for a way to break the magical seal around Rennala herself. Once you know what you’re doing, this phase should take only a few minutes. Here’s how it works:

Rennala will continuously spawn candle-holding scholarly minions which crawl on the floor. Don’t kill them. Look for the minion which is glowing with a golden aura. They’ll also be singing a song and will spawn purple books which fly towards you through the air. Hit them and you’ll hear the sound of breaking glass. The aura will then transfer to another minion which you need to hunt. You don’t need to waste time killing the glowing minions, you just need to hit them once.

After you hit three glowing minions, you’ll hear a shattering sound. Rennala will fall to the floor, allowing you to damage her directly. You’ll get a lengthy amount of time to dish out some hurt, but as soon as she starts glowing, back away. She’ll explode in a ball of light which deals heavy damage as the orb reforms, at which point you need to repeat the hunt for glowing minions.

Avoid killing minions other than the one which glows. The largest cluster is in the middle of the map, and keeping them there makes it more likely that the glowing aura will transfer close to you after you hit the minion with it. Most of their attacks, including fire breath and telekinesis-flung object can be avoided easily by sprinting as you race to the next target.

Repeat this process until you empty the life bar and beat Rennala’s first phase. For melee builds with blood loss, this will likely only take a couple of cycles. Magic users swapping to melee may need to be more patient. Your aim is to use as little resources as possible during this first phase.

For phase two of the Elden Ring Rennala boss fight, you’ll be transported to a flat ocean arena at night. Here, Rennala constantly unleashes powerful magic attacks which track you. This fight also has two phases, with the second part seeing her summon from a pool of extremely dangerous spirit allies. Here are the key details to know.

Use spirit ashes here, but not right at the start: Rennala opens this phase by charging a powerful beam of magic. If you summon directly as the phase starts you’ll have time to dodge, but your Spirit Ashes allies will usually spawn directly in the line of this beam, taking massive damage. Instead, run or dodge sideways to avoid being hit, then summon your allies. Again, the Marionette Soldier Ashes work wonders here.

Rush down Rennala as quickly as you can: Rennala will attempt to keep distance from you, firing off spells from afar. If you can get close to her, however, most attacks will stagger her, allowing you to dish out heavy damage in a quick combo. Blood Loss works wonders here again in carving chunks of her life away. Use your Spirit Ashes to distract Rennala from range while you close in to deal damage.

You can dodge most attacks with a single roll or by moving left: Many of Rennala’s magic attacks are slow moving orbs which track you. These can be avoided easily by rolling through them or by moving to the side. Use your

Focus on her, not her summons: At around half her health and lower, Rennala may start to summon spirit allies to aid her, slamming her staff into the ground. Which enemy you face is entirely down to luck – some are weak while others, like a full on dragon, are extremely powerful. We’ve seen her summon a giant, a dragon, a pack of wolves, and a crawling knight. Whatever she picks, the summons won’t last for long, so attack her instead of trying to kill off her minions. If you’re lucky, you’ll stagger her enough to stop her getting off more than one summon in the fight.

Magic orbs/shards: Rennala’s basic moves involve her leaping backwards or sideways while spawning a number of tracking magic orbs or shards. They can largely be avoided by walking or rolling sideways. Try to close in on Rennala between each one, watching out for her other attacks.

Staff spins: If Rennala thinks you’re getting close, she’ll pull out one of three staff attacks. One sees her spin it directly in front of her, another sees her throw it towards you to spin on the spot before pulling back, while the last sees her fling it in a wide circle around her. For the former, you’ll need to wait for the attack to finish before striking. For the latter two, you can shield or dodge the first blow before running in to hit Rennala and interrupt the attack.

Moon bomb:Rennala summon a small moon which slowly moves toward the player and explodes on impact with the ground. The moon is slow and easily avoided by running, but you’ll need to watch out for Rennala’s other attacks while it approaches. If you get close as she activates this attack, you’ll have time for a quick heavy attack before dodging the moon.

Summons: Rennala slams her staff into the ground, summoning one of several allies. The ally only lasts for a brief period, usually until Rennala casts another major spell. Back away from the initial staff slam and Rennala will give you plenty of time to unleash several powerful hits on her as she summons her minion.

Once you beat Rennala in Elden Ring you'll claim your next Great Rune along with a boatload of Runes to spend. here's what you'll receive:

The last of those items can be traded with Enia at Roundtable Hold for the Rennala's Full Moon spell or the Carian Regal Scepter.

That’s everything we can teach you about how to beat the Rennala boss fight in Elden Ring. Solve her puzzle, then focus on beating down Rennala as quickly as possible before she can unleash too many spells. While you’re in the Liurnia area, make sure you find the Crystal Cave and grab the first Miner’s Bell Bearing. Head to our Elden Ring hub page for more boss guides, tips and tricks.