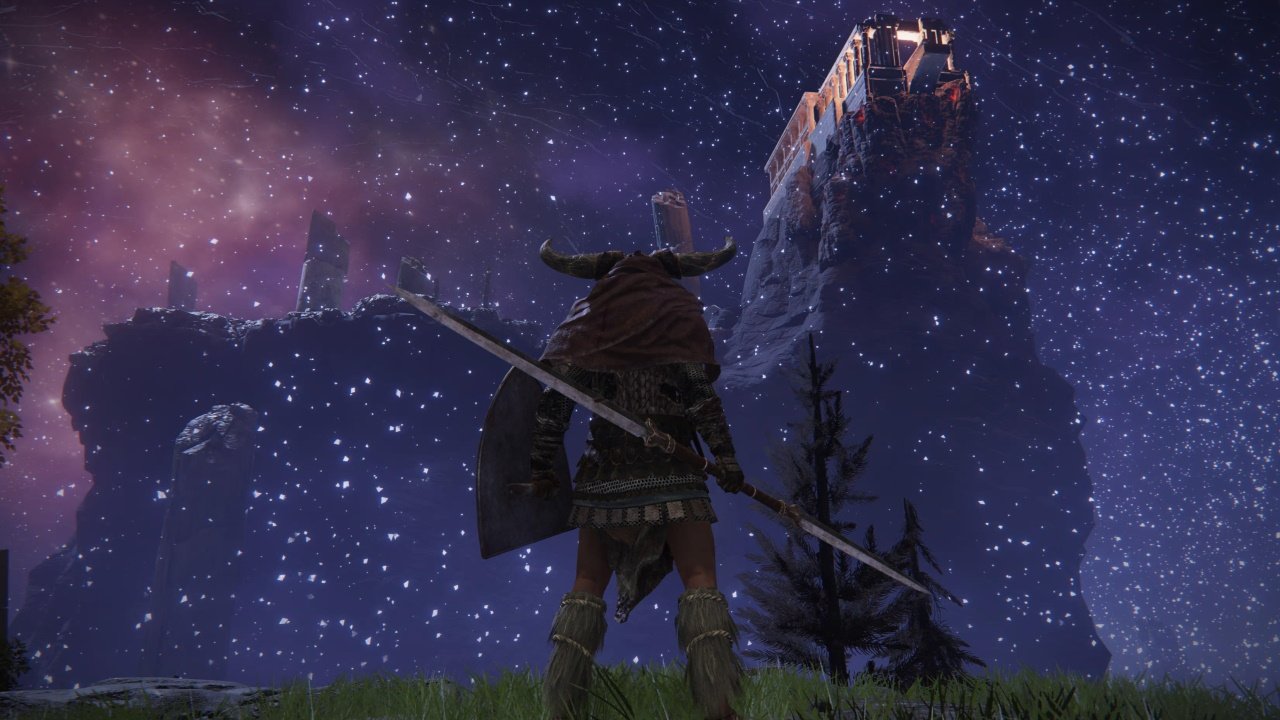 After finally cresting the peak of the mountain, you stand alone, in awe of the view ahead. Has anyone else in the world shared this magnificent sight? And then you see it, a message, scrawled in the dirt at your feet: “Try fingers, but hole.”

Okay, so most of Elden Ring’s messages aren’t exactly high-brow stuff. But even with limited terminology and the community’s unhealthy obsession with pickles, there’s something uniquely connective about the implementation here. Elden Ring’s world is vast to a degree that dwarfs developer FromSoft’s previous releases. Combine that sheer scale with a mount and the freedom to roam wherever you dare, and you’ve got a world of which few players will ever see the entire scope, let alone pause to leave signs of their passing.

Until you summon a friend, your world is yours alone. But equally, it isn’t. Elden Ring’s messaging system is nothing new – it’s been present since the Souls series’ inception – but it takes on an all new purpose in Elden Ring. Messages crowd common routes, smothering key areas with jokes, advice, or malicious misdirections. Head out into the wilds, however, and their function shifts.

The glimmer of a distant note is tantalizing. It’s calling to the world: someone has been here before, and they’ve found something of note. It could be a dungeon, an item or a beautiful view – even a suspiciously turtle-shaped dog. Questionable species identification aside, a message in the open world marks an almost irresistible diversion. Whatever lies beyond it must, surely, be worth witnessing.

FromSoft’s maps have always been riddled with secrets and hidden paths. But in Dark Souls, the key route through each area was always ordained. Every road has been trodden by countless before you, leaving expected messages of guidance or grief by each and every secret.

In Elden Ring, there’s no guarantee that someone else thought to hop their horse across the rocks on this particular cliff, or attempted to reach that ledge just because they could. So when you do find that glowing scrawl resting solitary at the edge of the world, it’s an ode to exploration. Someone, somewhere and some time, has shared that journey with you. And should you find nothing? Jot down a message of your own. Each appraisal is a reminder of an equally inquisitive soul stumbling upon your hiding spot, parkour challenge, or secret viewpoint. Alone, maybe, but rarely lonely.