The release date has been pushed back to October. 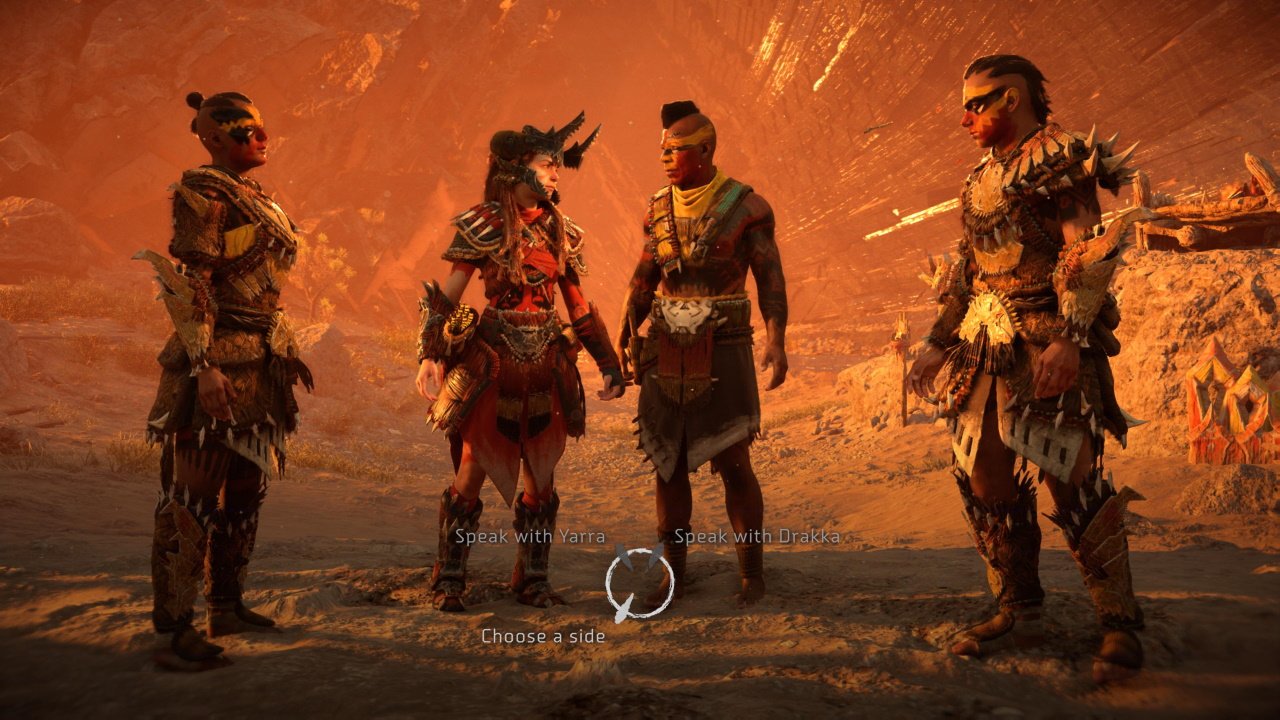 Hip hop legend becomes Faze Snoop in next step of his gamer journey.

The Gate of the Vanquished quest in Horizon Forbidden West sees Aloy have to choose Yarra or Drakka after getting caught up in the politics of Scalding Spear. The headstrong Drakka from a smaller town wants to challenge the leadership of Yarra, the competent but paranoid current chief. You’ll eventually be thrust into a decision between the two before they fight to the death. In this guide we’ll explain the outcomes of each decision and who to choose between Yarra or Drakka in Horizon Forbidden West

When you speak with Jetakka after arriving at the Gate of the Vanquished, he’ll say he wants to end the conflict without violence. After speaking with both Yarra and Drakka, you’ll be given the option to side with either one of them or to choose “You both need to stand down”.

Unfortunately, attempting to play the peacemaker by choosing the last option won’t solve anything. Both Yarra and Drakka don’t much care for Aloy’s spiel about why collaboration and peace are the way forward, no matter how sensible her argument is. The pair are set on battle and will force Aloy into an ultimatum.

The short answer if you’re worried about who to choose from Yarra or Drakka in Horizon Forbidden West is that the decision doesn’t impact much beyond which one lives. After you side with one, you’ll fight the other and a few of their followers in a duel. If you pick Yarra, she’ll execute Drakka after the battle. Choose Drakka and he’ll do the same to Yarra.

Once the quest concludes, your chosen ally with head back to Scalding Spear and take charge of the settlement. You’ll be able to get one further quest from either Yarra or Drakka after the Gate of the Vanquished, but it remains the same no matter which one you side with.

In short, choose Yarra or Drakka in Horizon Forbidden West based on which character you like more – that one will live. Neither appear to be particularly great people, but they do live in a society that prioritizes killing above a lot of other things as they fight for water. Head to our Horizon Forbidden West hub page to find more guides and coverage of the game.