Elden Ring: Where to go first and key items to obtain

Learn what to do and where to go first in Elden Ring's opening hours to ensure you don't miss any key items! 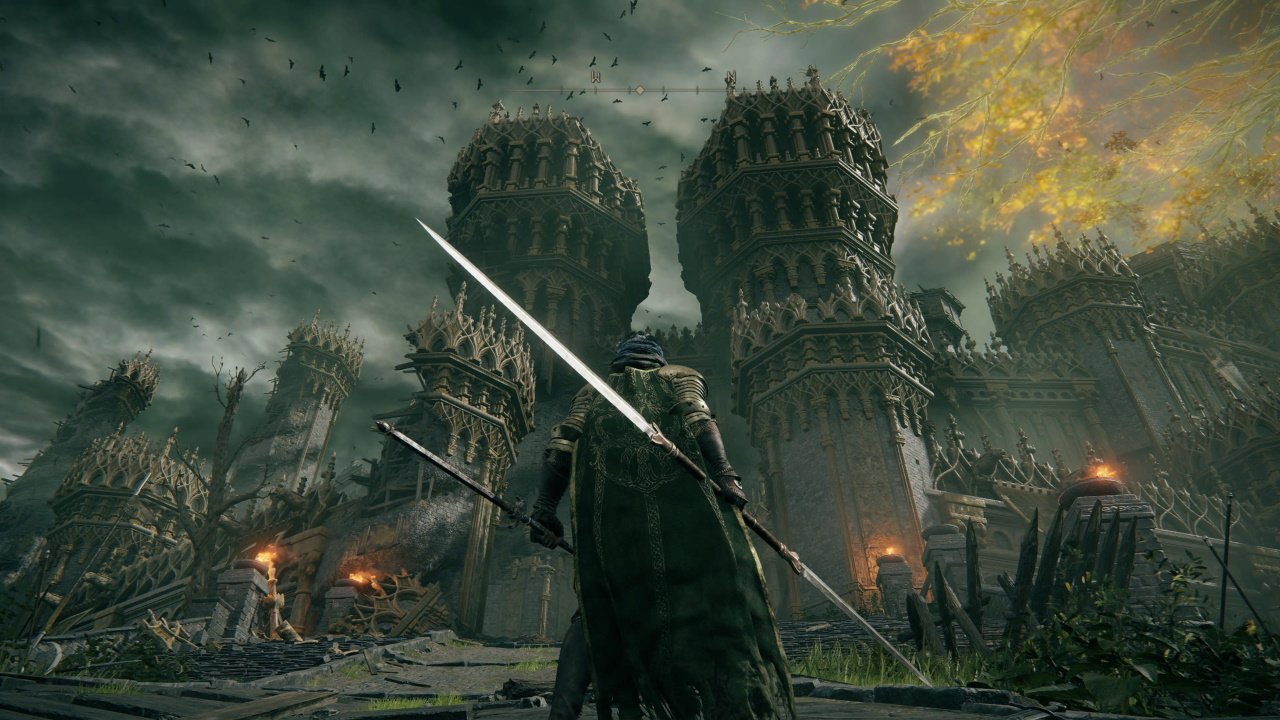 Pokemon Scarlet and Violet due out by the end of this year with three new cuties to contend for your love.

Elden Ring isn’t as easy as some would have you believe. Compared to developer Fromsoft’s usual fare, sure, but don’t expect the Lands Between to offer much kindness to newcomers. To ensure your Tarnished makes a good start in their search for Grace, we’ve put together a list of eight key Elden Ring tips that all beginners should know.

We’d highly encourage everyone to explore most of Elden Ring without guidance, because the Lands Between is a world filled with incredible locations, sights, and fights to uncover. As such, we’ve kept our Elden Ring beginner’s tips spoiler-free, so you can get a strong start while still enjoying the world’s surprises.

1. Stay stealthy as much as you can

Backstabs are your friend. So long as you picked a class with a melee weapon, you’ll likely be capable of one-shotting most regular enemies in the game’s opening section. That doesn’t include the Tree Sentinel, however, who you should avoid for quite some time.

Crouch down and sneak up behind enemies to activate a backstab with your light attack. Staying stealthy will let you pick off enemies one by one, and even carve off a chunk from meatier foes’ lifebars.

2. Upgrade your weapon as soon as possible

By killing enemies, you’ll collect Runes, Elden Ring’s primary currency. You’ll spend these to level up, but you also need them, along with Smithing Stones, to upgrade your weapon levels at a smithing table or blacksmith. Upgrading your weapon will offer a far more drastic increase to your damage than putting a point in any given stat, so you should aim to do it as soon as possible.

You’ll find a smithing table at the Church of Elleh, right in front of where you first come out into the world. Before you can upgrade, however, you’ll need to collect Smithing Stones. These are most commonly found in underground areas like Limgrave Tunnels, but also drop from a variety of enemies. As soon as you collect more, head back to the Smithing Table and boost your chosen weapon a level or two for a damage boost.

3. Make sure you get the Whetstone Knife and Spirit Calling Bell

Elden Ring’s open-world structure makes it easier than ever to miss critical items. Many of them are hidden around the game’s opening area, but you won’t be guided directly to them. The two most important in the game’s opening stages are the Whetstone Knife and the Spirit Calling Bell.

The Whetstone Knife is located down some stairs in the Gatefront Ruins. Obtaining it will allow you to equip Ashes of War – think of them as special combat moves – to your weapons when resting at a Site of Grace.

The Spirit Calling Bell is a vital item that allows you to use Spirit Ashes – summons which will aid you in most challenging fights. To get this, you need to return to the Church of Elleh after you obtain your mount, Torrent. Arrive at night and you should find a NPC called Rennah sitting on the stone wall amid the fog. Tell her you can summon Torrent and she’ll hand the Spirit Calling Bell over.

If you think you’ve missed out on meeting Rennah, you can also buy the Spirit Calling Bell from a vendor in Roundtable Hold, an area you’ll be invited to after reaching a few more Sites of Grace. There are several other important items and places to visit, which you can find out about here.

Many of Elden Ring’s enemies are little more than a nuisance on their own. In a group, however,  they quickly become deadly. Fights against two or more enemies can quickly spiral out of control as they chain attacks and melt your health bar. Try to lure enemies into honorable one-on-one duels or better yet, throw chivalry out the window by sneaking up behind them to stab in the butt.

If you’re a newcomer to FromSoft’s design choices, you could easily miss many of Elden Ring’s storylines and side quests. Any time you meet an NPC, it’s a good idea to talk with them repeatedly until they start repeating themselves. Many won’t divulge their interests or ask you for help until you speak with them two or three times.

When they do ask something of you, write it down. Elden Ring doesn’t include a quest log, so you’ll need to keep track of who wants what or is heading where. If you can’t find an NPC, there’s a good chance they’ll be in Roundtable Hold, so check back there every now and again to catch up.

6. Don’t get stuck dying endlessly in a tough fight

If the Tree Sentinel is there to teach you anything, it’s that enemies vary in difficulty enormously across Elden Ring's world. If it feels like you’re headbutting a brick wall with any given boss or area, tame that pride and head elsewhere. You can come back later when you’ve leveled up a few times, upgraded your weapons, or found more suitable armor.

This rule goes double for the game’s first main boss, Margit the Fell Omen, and Stormveil Castle. You can reach him very quickly, but the fight will prove extremely challenging until you’ve earned a few levels and can summon Spirit Ashes and an ally or two. All of which brings us to…

7. Get out there and explore!

The world of Elden Ring is vast, and you could easily spend 15 hours or more exploring the opening area around Lake Agheel. The map is packed with secrets to uncover, from NPC teachers to dungeons hiding bosses to challenge. Exploring is one of the great joys of the game, and you'll almost always find something worth investigating. Want some pointers for where to go? Check out our breakdown of key places to visit first in Elden Ring.

Unlike in Dark Souls, players’ summon signs won’t appear automatically in your world. First, you’ll need to use a Furlcalling Finger Remedy. This is a consumable item, but you can craft it easily with a resource called Erdleaf Flower that’s abundant in the world. Summoning signs will appear more commonly around a Martyr Effigy. These appear as small crucifixes and can usually be found outside boss doors or at the start of dungeons. Use the Furlcalling Finger Remedy when stood nearby and you’ll have your choice of online pals to pull in and help. Just be aware that only golden signs are friendly – other colors may be players looking for the chance to duel in PvP.

Those are our key Elden Ring tips for beginners. Are you excited to venture out into the world? Share what you’re looking forward to in the comments below. You can catch more of our guides and coverage of the game over on our hub page. May Grace guide your way, Tarnished.