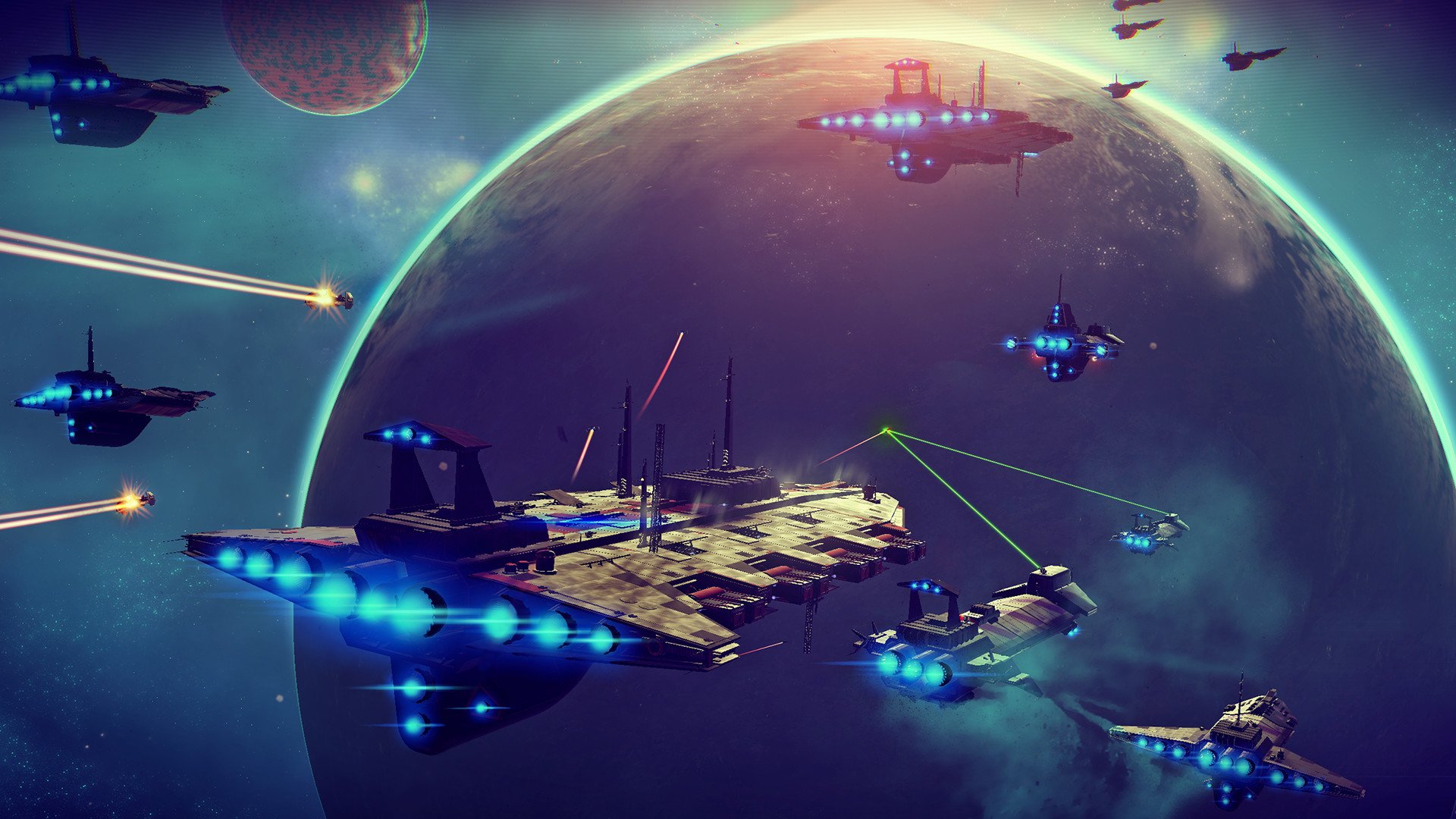 Video game hype is a huge part of the industry and it can help shift even the most mediocre of games, but sometimes the old hype train can spin out of control. With magazine coverage, game demos, trailers, and gaming conventions, it can be hard to not get invested in the latest games to hit the shelves. However, if we’ve learnt anything over the years, it’s that fancy footage and scintillating screenshots used in advertising mean nothing. After all, there’s no worse feeling in gaming than patiently waiting months or even years for a game to drop and then being disappointed by the end product. Join us as we take a look at the video games that failed to make the cut despite the buzz surrounding them.

Brute Force was once considered "the next Halo" by many gaming outlets and there was obviously a tremendous amount of hype leading up to its release. The original footage of the squad-based shooter depicted the game’s four characters using their unique skills in unison to complete a mission. However, the final game resorted to a more action-based shoot'em-up where individual traits were unessential to victory. Many people were disappointed after finding out the game wasn’t as tactical as they had been led to believe, but the hype train was in full swing and the game broke Xbox sales records of both first day and first week sales, beating even Halo. Brute Force perfectly demonstrates just how effective and detrimental game hype can be.

Evolve’s kaiju vs human combat couldn’t save it from being stomped into the ground by both fans and critics alike. The title was certainly ambitious and it looked genuinely good when we first saw glimpses of it back in 2014. It was nominated for six different awards in the Game Critics Awards, winning four of them and it looked as though 2K had an instant winner in their hands. Unfortunately, Evolve’s ambition didn’t guarantee successes. The multiplayer aimed to pit four grizzly hunters against one colossal monster in a clash of brains and brawn, but instead players were met with dull and dreary gameplay. The game also received a huge backslash from users, due to the excessive amount of DLC sold on the day of it release. With all the bad press and reception, the game was eventually re-released as a free to play title.

If you take a trip to any second hand video game store, you’ll likely see mountains of unplayed Brink copies lining the shelves. This visual indicator alone is enough to tell you that you should probably stay away, but for those that bought Brink at launch it was too late. It’s certainly a shame when a game bombs as spectacularly as Brink, especially when both the art style and acrobatic movement system looked so compelling. Unfortunately, the game lacked polish, executed its jumble of ideas poorly, and was riddled with numerous technical problems. Even going free to play couldn’t save Brink from the backlash and it still continues to receive mixed reviews to this day.

No Man’s Sky was another game that aimed to change the face of gaming as we know it. Hello Games’ ambitious galactic getaway aimed to offer players near endless planets, alien lifeforms and unique terrains to discover and explore. It looked as though we would finally be able to live out our space cowboy dreams and all we needed to do was wait till launch. Sadly our interplanetary adventures where still far from reality and No Man’s Sky failed to deliver on the things it said it would. The planets we visited were empty and devoid of any life, while most were just palette swapped iterations of the same things we’d seen countless times before. Meanwhile, the game had also scrapped lots of features like large fleets, true multiplayer and planetary physics. While continuous updates have helped raise the positivity surrounding No Man’s Sky, it still failed to live up to its initial hype.

The Order 1886 was heralded by many as the next big PlayStation exclusive, but it ended up demonstrating that high productions values, impressive visuals and fantastic facial animations don’t make a game great. Order’s pacing and gameplay was oversaturated with so many quick-time events that it bordered on the ridiculous, while the cover-based shooting felt dated and shallow. The game did deliver on its brilliant visuals design and overall atmosphere, but the story was way too short and gameplay was severely lacking. As a result, the game’s seven hour campaign offered no replayability and it quickly became another culprit of the hype machine’s clutches.

We’ve seen some truly fantastic games that have made their way out of development thanks to Kickstarter’s crowdfunding platform, but Mighty No. 9 sadly wasn’t one of them. The 2D platformer drew inspiration from early Mega Man games in both gameplay and character design, and is considered to be a spiritual successor to the beloved series. Hype surrounding the game was huge and the minimum Kickstarter goal was successfully funded after only two days. Mighty No. 9 ticked all the boxes and with legendary game developer Keiji Inafune leading the charge, it finally looked as though our Mega Man prayers would be answered. However, the game’s release was far from smooth with dodgy codes and mismatched rewards being sent out, while the game was plagued with performance issues, questionable graphics and a non-existent story. It was far from the spiritual successor we had hoped for.

Before Creative Assembly came along and rescued the Alien video game franchise with Alien: Isolation we had a true horror to contend with. Aliens: Colonial Marines is not only one of the worst Alien games to have ever been released, it’s also widely regarded as one of the worst video games of all time. When Gearbox Software announced that we’d be able to buddy up with our pals and blast hordes of Xenomorphs with our trusty Pulse Rifles we were extremely excited. However, Aliens: Colonial Marines didn’t live up to the nail-biting action of James Cameron’s space marine classic. From the terrible graphics, poor multiplayer and sheer stupidity of the AI, Colonial Marines failed on pretty much every level possible.

There’s something deeply satisfying in watching the tense action of melee-based combat, especially when our slashes, parries and ripostes have a real sense of weight to them. Video games have depicted this deadly dance of blades for years, but not all of them have delivered satisfying gameplay. Red Steel was one of those titles that happened to fall on the unsatisfying side. Unfortunately, the Wii’s early motion controls just didn’t live up to the ambitious nature of Red Steel’s controls and combat. Because of this, the game’s sword-fighting sequences felt extremely clunky, especially when the controls seemed to glitch out during major fights. To this day we still have nightmares of frantically shaking the Wii remote to no avail.

EA’s Star Wars Battlefront was one of the most hyped games in recent years. The game promised to deliver the nostalgic stories and battles of the original trilogy, while also releasing new content based on The Force Awakens. The original Battlefront series had been extremely popular among Star Wars fans thanks to its huge roster of iconic characters, locations and game modes. While Star Wars Battlefront looked visually impressive, it delivered considerably less content than we’d come to expect from a Battlefront title. In fact, the game lacked a campaign mode, split screen co-op and space battles, while only offering up a handful of maps and game modes to those that didn’t purchase its pricey season pass.

Andromeda was first announced in 2015 and fans of the original trilogy were pretty hyped to finally return to the series’ galactic adventures. Mass Effect 3’s ending had divided many fans and BioWare was keen to restore the good name of the series. Instead of blowing us away Andromeda failed to deliver on the hype and quickly put BioWare’s developers in the spotlight. Upon release, the game was riddled with technical issues and poor facial animations, while the story and characters only served to split the fan base further. Eventually the negative reaction surrounding Andromeda led to BioWare putting the Mass Effect series on hiatus.