Horizon Forbidden West: How to use the Pullcaster

Learn where and how to use the Pullcaster in Horizon Forbidden West to help Aloy access new areas and items. 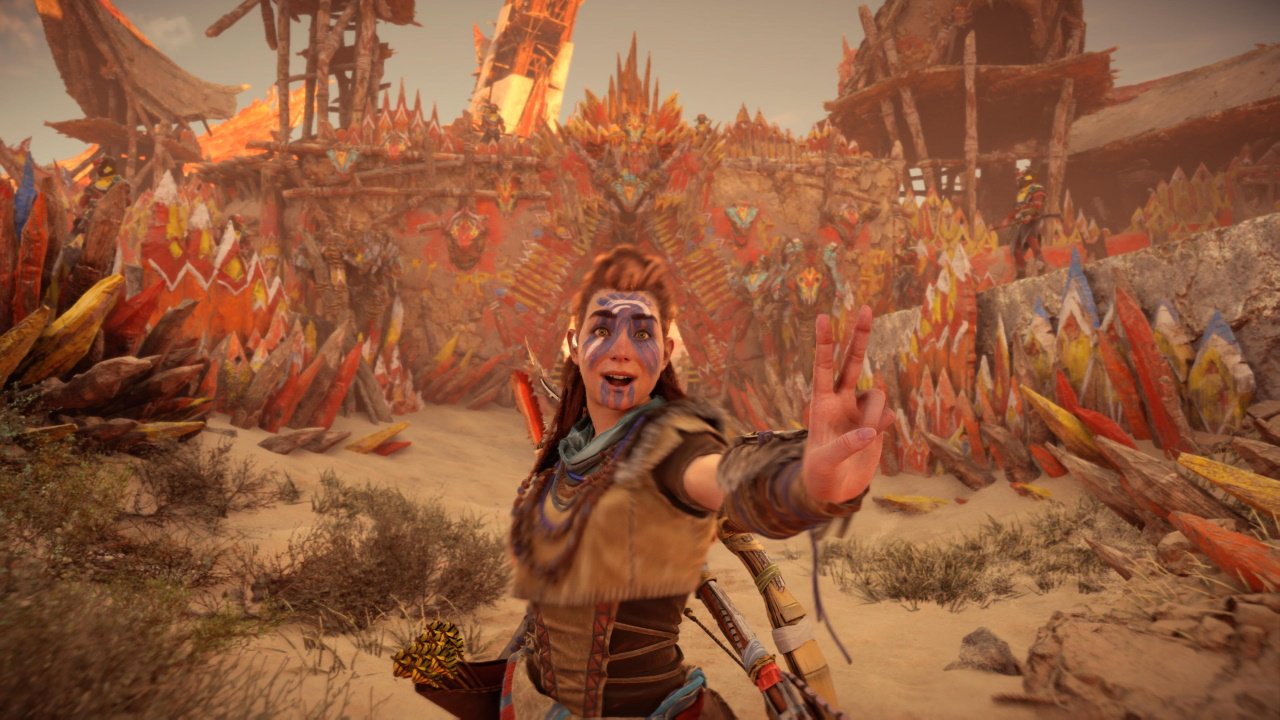 Horizon Forbidden West: How to use face paint

Horizon Forbidden West: How to use face paint

To use face paint in Horizon Forbidden West, you need to visit a face paint NPC in one of the game’s settlements. The first of these you’re likely to encounter is in the Tenakth city of Scalding Spear. You’ll reach here by completing several chunks of the game’s main story, after completing the steps in Plainsong with the Utaru. If you’re still in the early stages of Forbidden West, we’d advise you don’t rush ahead.

Once you arrive at the location shown on the map above, you need to find an NPC named Zokkah on the south side of the city. He’s the person who applies face paint here and will have a quest for Aloy, so should be marked by a green exclamation mark. You’ll need to follow a ramp upwards to find him on a higher platform as marked above.

Speak with Zokkah and, in addition to him offering you a quest, you’ll have the option to “Trade” with him. Select this and you’ll open a menu showing all the face paints you’ve unlocked so far. You’ll get a preview of how they look on the right side of the screen. To use face paint in Horizon Forbidden West, you just need to pay a small number of Metal Shards to apply the effect to Aloy.

Aloy can’t apply face paint herself, so if you ever want to change the face paint you have equipped, you’ll need to find an NPC that can help you in a given settlement. They’re largely found in Tenakth territory, so check for the matching merchant icon (it looks like a hammer at 45 degrees with a point) in each city. You’ll unlock face paint for completing all manner of quests – keep an eye out for the message “new face paint unlocked” in the bottom right of the screen after wrapping up a mission.

That’s all there is to know about how to use face paint in Horizon Forbidden West, but we’ve got plenty more guides on our hub page for the game which can teach you tricks such as how to glide and how to use the Pullcaster as you explore the Forbidden West.