Our first proper look at the PS5's VR headset. 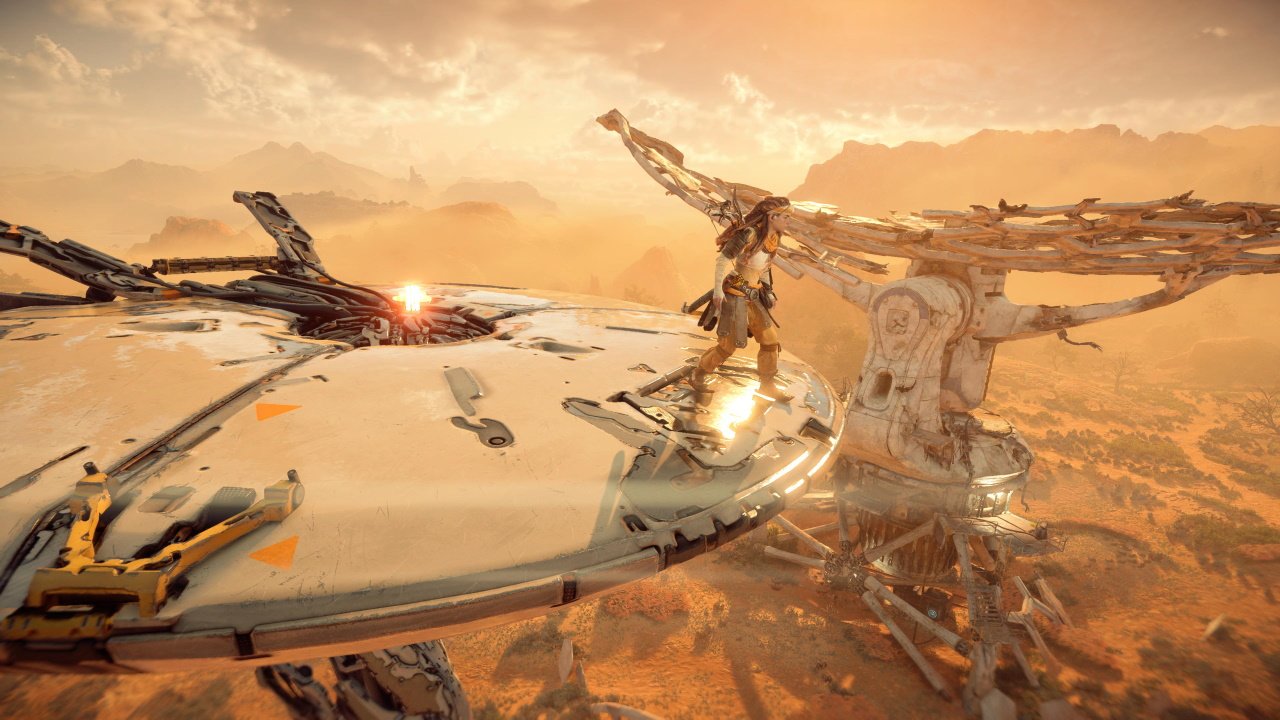 Horizon Forbidden West: How to glide

Learn how to get the Shieldwing so that Aloy can glide in Horizon Forbidden West.

The Cinnabar Sands Tallneck is likely the first you’ll encounter in Horizon Forbidden West. Located southwest of Barren Light, it should start marked on your map and demands that you climb a satellite dish in order to scale it. In this guide, we’ll show you how to climb the Cinnabar Sands Tallneck in Horizon Forbidden West, including how to power and realign the satellite dish.

To climb the Cinnabar Sands Tallneck, we first need to realign the satellite dish it circles. You’ll want to power the machine back up using the generator at its base, but first we need to grab a power cell. Start by climbing the yellow ladders sticking out from the side of the satellite dish as shown above. You’ll need to shoot the red lock on the first ladder to drop it low enough.

Climb up past the deactivated terminal until you reach the flat open level of the dish mount. On the opposite side you’ll find a ladder which drops down next to some yellow climbing holds. Climb down, then jump across and swing over to the platform holding the energy cell we need inside a machine.

Grab it, then drop off the broken platform onto the white dish segment below you. Don’t worry, Aloy will be fine. From here you can walk down the supports to the floor. Carry the energy cell to the generator at the base of the machine and insert it. Now we just need to realign the dish.

Climb back up the ladders and interact with the display. The dish will attempt to realign but get stuck. This time go left and jump over to the platform with some handholds. Use these to climb up to the flat top of the dish mount again.

Once up top, use your bow to shoot the chunky sections of the cables which are holding the Satellite dish in place. There should be two black cables to shoot. The dish should now realign, allowing you to climp up to the top and above the height of the Cinnabar Sands Tallneck.

Stand on the highest point of the Satellite dish and wait for the Tallneck to walk around to your side. Jump and use the Shieldwing to glide onto the top of the Tallneck or the handholds along its rim.

Once on top, you can use your lance to override the Horizon Forbidden West Cinnabar Sands tallneck and unlock a large chunk of your map. Feel free to enjoy the view for a while before you jump back down and continue on with your adventures! Head to our Forbidden West hub page for more useful tips and tricks.