Horizon Forbidden West: How to save

Learn how to save in Horizon Forbidden West so you don't lose progress when you need to stop playing in a hurry. 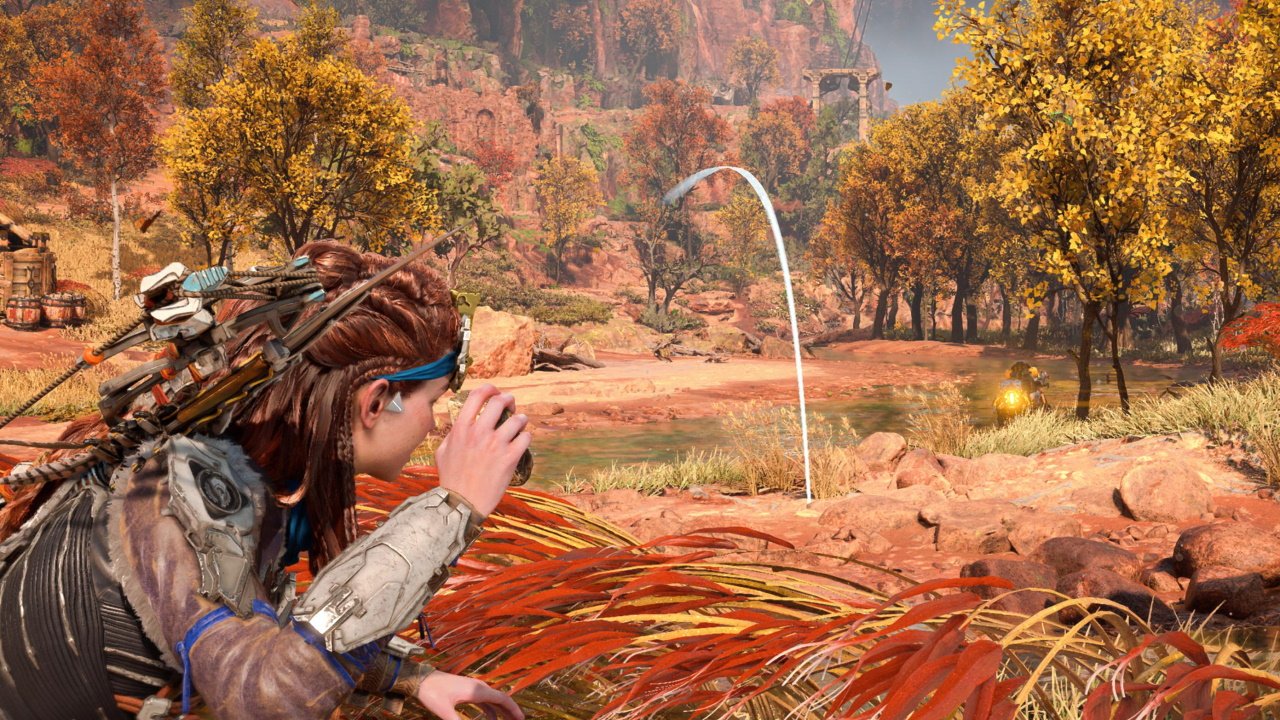 Horizon Forbidden West: How to heal

Learn all of the Horizon Forbidden West healing methods so you can keep Aloy in tip-top shape at all times.

How to throw rocks in Horizon Forbidden West

To throw rocks in Horizon Forbidden West, you need to tap down on the D-Pad while the Rock item is in your tool slot. At the start of the game, Rock is the only item you’ll have available in the slot, but it won’t be long before you start crafting traps, potions and other items that clog up the bar.

You can cycle through your tool menu using left and right on the D-Pad. Swap through the items there until you reach Rock, visible in the bottom left corner of the screen as shown above. Once the item is selected, you can then aim freely to prepare to throw a rock. You’ll see the projected path of the rock appear on screen, letting you know how far Aloy will toss it. When you’re ready, press R2 to heft away! Make sure you throw it away or past your hiding spot so that your target machine remains unaware as you sneak up close to them for a Silent Strike.

Here are the steps required to throw rocks, covered in brief:

You can find rocks along most paths in Horizon Forbidden West. Just look for the small clumps of darker stone on the ground. Approach and Aloy can pick them up by pressing Triangle. They aren't easy to spot from afar, but a quick scan with the focus (R3) will reveal any you can pick up nearby.

Learning how to throw rocks in Horizon Forbidden West is simple, but it’s taught so briefly that it’s all too easy for players to forget within ten minutes of playing. If you’re ever caught short trying to distract a machine, feel free to drop back here for another quick refresher on how to throw a rock! For more useful inputs, check out our full controls guide for Horizon Forbidden West or learn how to save so you never lose your progress!