Request 83: Snow-White Vuplix in the Snow will see you tracking down Alolan Vuplix locations in the Alabaster Icelands of Pokémon Legends: Arceus. 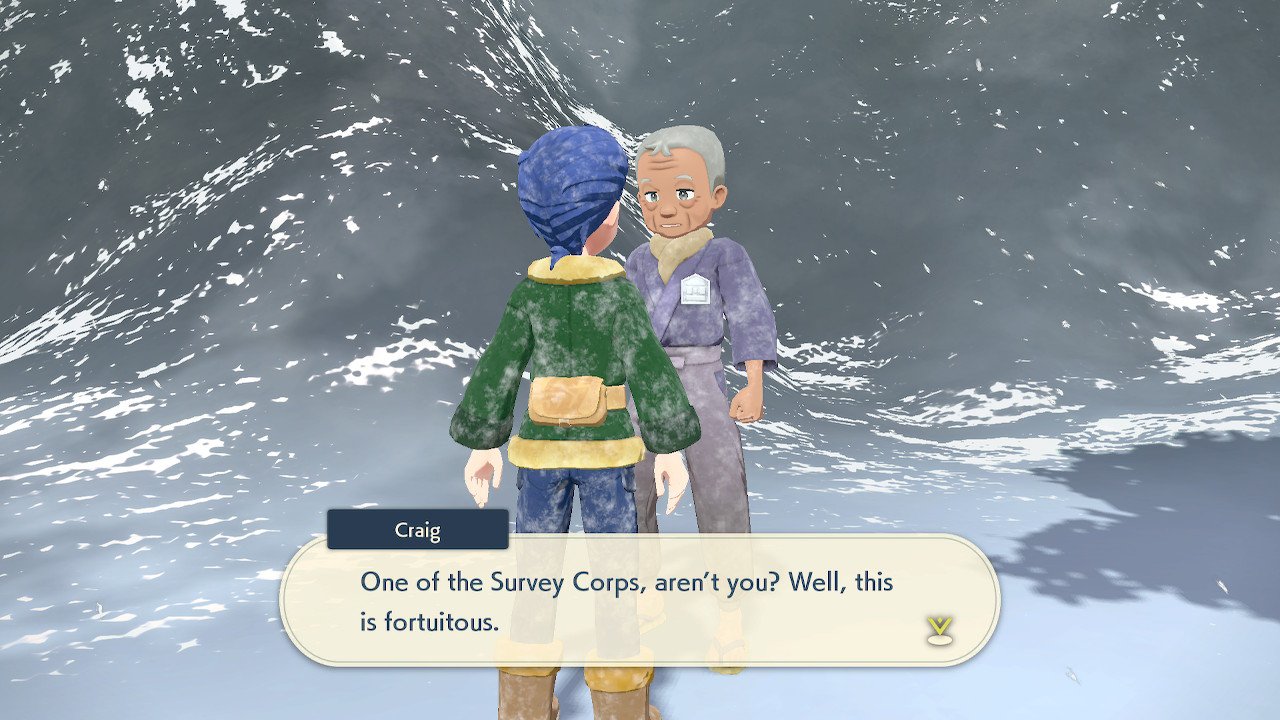 How to manual in OlliOlli World

Learning how to manual in OlliOlli World will let you string tricks together like a champ.

Pokémon Legends: Arceus Request 78: Setting Up the Icepeak Camp tasks you with tracking down a missing Construction Corps member called Craig. After speaking to Brice in the northern end of the Alabaster Icelands map, you’ll be asked to find Craig's location in Pokémon Legends: Arceus after he fails to meet Brice by the waterfall. That’s all the direction the game will give you, but we’ll explain where to find Craig below with a quick and easy map.

Craig’s location is all the result of a misunderstanding between the two Construction Corps workers. To find Craig in Pokémon Legends: Arceus, you need to head to the right side of the waterfall, as shown on the map above.

Craig is stood in the cold by a lone tree closest to the waterfall here. Approach nearby and you should see a speech bubble pop up with Craig questioning where Brice has gotten to. Speak with Craig and he’ll understand the mistake, then head off to meet Brice on the other side of the waterfall. After you find Craig, return to the location you spoke with Brice (southwest of the waterfall).

Speaking with the pair again here will complete Request 78: Setting Up the Icepeak Camp. As the name indicates, it’ll also see a new camp established in the Alabaster Icelands, allowing you to quickly fast travel between the north and south of the map. You’ll also be able to rest and recover here, as well as change up your Pokémon or speak to Professor Laventon.

The camp isn’t far at all from several Alabaster Icelands wisp locations, so make sure to grab those too if you haven’t already.

That’s all you need to know about Craig’s location in Pokémon Legends: Arceus. Finding Craig should be a priority in the Alabaster Icelands, as it’ll help you speed up your progress throughout the region. For more Arceus tips, head to our hub page for the game and have a browse.