She'll be taking lives in far less than a week here, though. 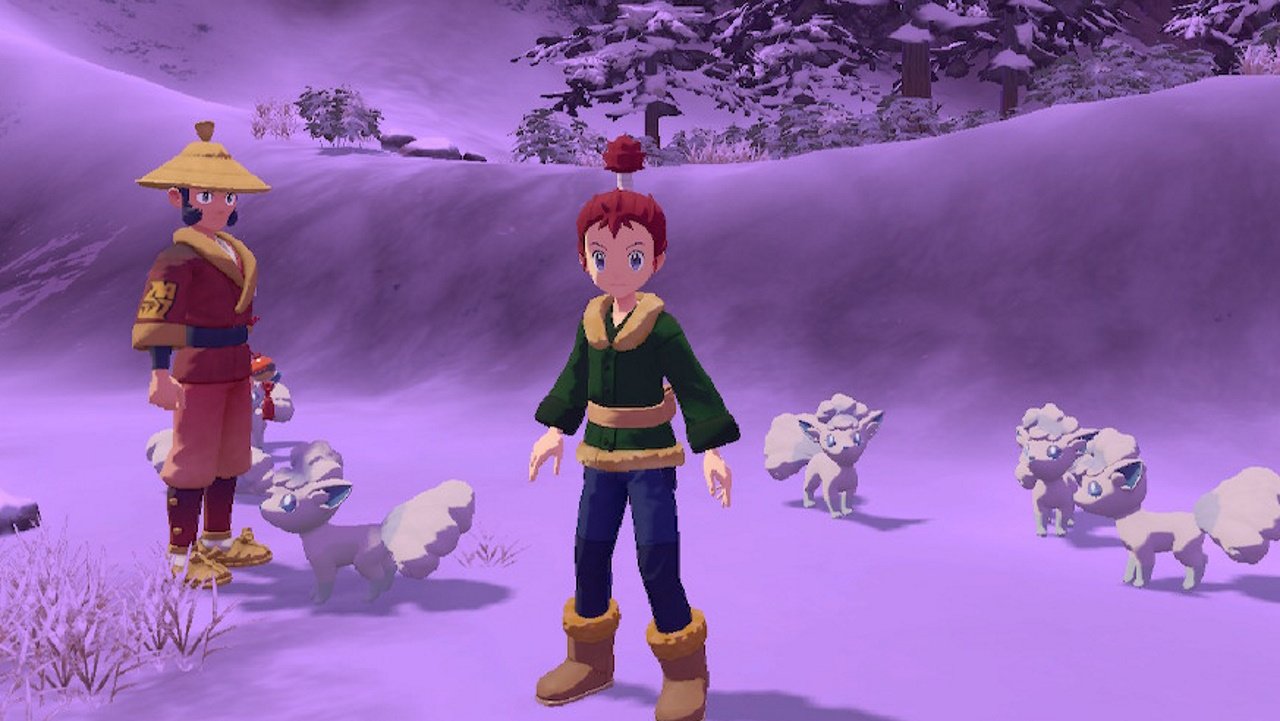 Learn Craig's location in Pokémon Legends: Arceus so you can complete Request 78 and set up a new camp in the Alabaster Icelands.

Pokémon Legends: Arceus Request 83: Snow-White Vulpix in the Snow sends you hunting for five Alolan Vulpix in the Alabaster Icelands. Given you’re hunting a white Pokémon in a white area, this might sound tricky. Thankfully, this guide will show you where to find the Vulpix locations in no time at all.

Request 83: Snow-White Vulpix in the Snow will unlock once you reach Star Rank 5 and have caught a standard Vuplix. After accepting the request from Professor Laventon’s blackboard, you can speak to Keaka in the Alabaster Icelands to start the hunt for five Vulpix locations. The good news is that they’re all pretty close to one another.

There are five white Vulpix locations in the Alabaster Icelands, and all of them are tucked in the Avalanche Slopes area at the bottom left of the map, below Arena’s Approach. We’ve marked all five spots on the map above with stars, and have included images and details for each below in case you’re having trouble finding them.

You’ll find the first white Vulpix atop a circular hill here. If you haven’t rounded them up already, it’ll also be next to one of the Alabaster Icelands wisps (find the full map of them here).

The seconds Vulpix location you need to visit in Pokémon Legends: Arceus is on the left side of the area, up on the raised cliff platform. It’s found on the section which pokes out, in line with the two other Vulpix locations below.

This Vulpix can be found behind a large gray rock in the middle of the Avalanche Slopes basin. Watch out for the aggressive Pokémon nearby!

The fourth Vulpix in the Alabaster Icelands is to the right of the third, this time on the right side of the valley Climb up the cliff to reach another plateau of snow poking out from the side. The Vuplix is next to a small bundle of flowers.

The final Alabaster Icelands Vulpix location is at the back of the valley, high up on the right side. Follow the slope up and around the back of the cliff face to find it.

Once you find all the Pokémon Legends: Arceus Vulpix locations, you should head back to Keaka at the entrance to the Alabaster Icelands. Speak to him to complete Request 83: Snow-White Vulpix in the Snow. You’ll get to see a group of adorable white Vulpix, but best of all, he’ll give you one to keep for yourself. It’s the only way to get an Alolan Vuplix in Pokémon Legends: Arceus, making this Vulpix quest well worth completing! Head to our hub page Arceus to find more tips and tricks for the game.