BOY! Get yourself the best gear for God of War on PC and commit deicide in comfort. 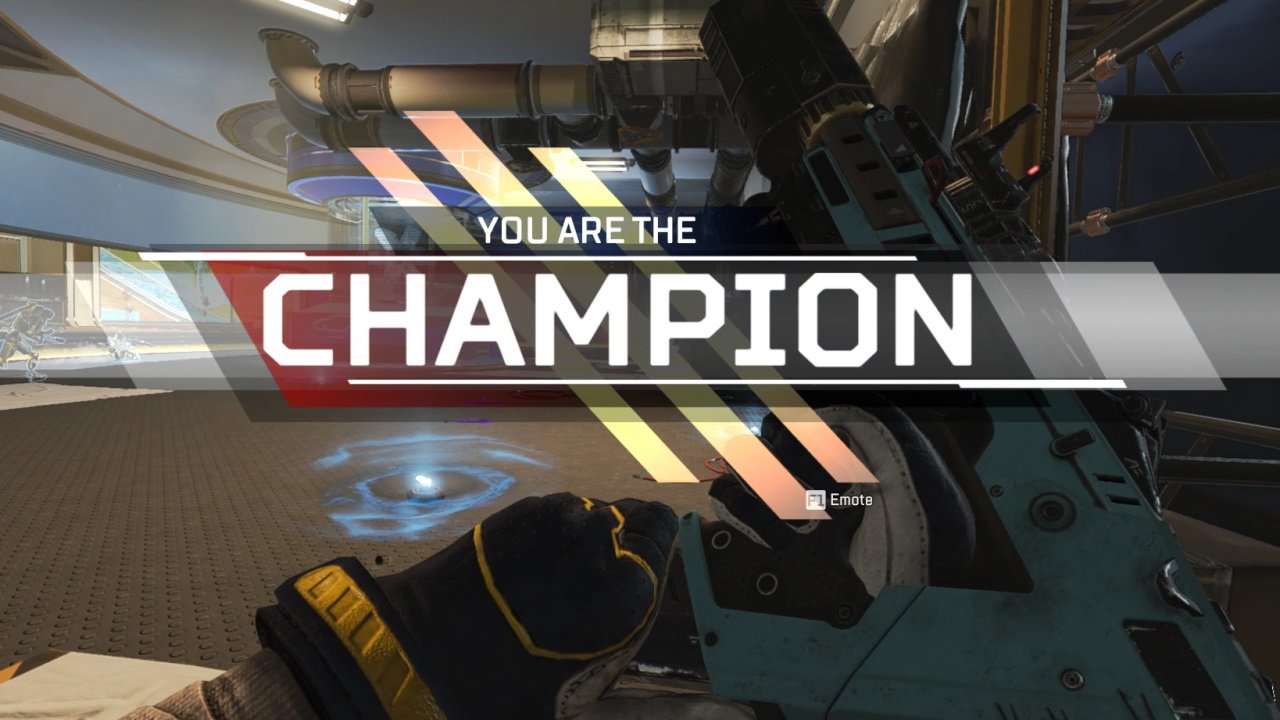 Nintendo should give Mario Party Superstars the Booster Pack treatment

Mario Kart 8's Booster Course Pack is the perfect format to bring to other party games.

We can’t guarantee control over your life, but your Apex Legends matches? There’s a chance we can help there. That’s if you’re trying out the new Control mode, of course. A limited-time addition (for now), it sees players thrust into far more traditional FPS multiplayer than Apex fans are likely used to. The mode has plenty of quirks, so our Apex Legends Control mode tips and tricks will ensure you hit the ground running, sliding, and gunning.

The basics of Control mode

Here’s the lowdown: Control sees you battling over three points – A, B, and C. Capture a point and your team’s score will increase. Go down and you’ll die, there are no revives here. Instead, both sides have unlimited respawns, unlimited ammo supplies, and unlimited syringes to heal from. Shield batteries are gone, but your shields will automatically recharge after a few seconds outside of combat – check the "Cracked" indicator to see how long you need to wait. Lose your entire shield and you'll need a full eight seconds before you start recharging.

Control uses a system that’ll feel familiar to some Battlefield fans. Each side can spawn on their home base or two closest owned control points, but only if those control points are linked back to your base. Note the dotted lines on the map. Start on the A side and control all three zones, and you can spawn as far forward as point B. but should you lose control of A, you’ll only be able to spawn at your home base.

That means if you’re attempting to wrest control of a heavily defended B point from the opposition, it’s often beneficial to sneak around and capture their other point first – it’ll cut off their resupply chain and let you close in from both sides.

Oh, and spawning is also done in waves, every 11 seconds. It pays to pick your point as quickly as possible – you might catch the front of the queue and be back in the action within an instant.

Ratings and upgrading your gear

You can pilfer enemy weapons, but the primary way you’ll be upgrading your gear in Control is via Ratings. This new system is effectively a single-life level up. Your rating increases as you perform actions in that life, but you’ll reset to zero should you die. Upgrade your Rating and you’ll not only improve the level of your gear, but also charge your Ultimate.

So, how do you gain rating points? You’ll earn them for kills, sure, but almost every objective-based action will score you as well. Capturing zones, defending zones, and attacking enemy players on zones will all net you points. Play the objective well, and you’ll ramp your rating up rapidly. Far faster than by hunting kills alone.

One key point to note is that spawning on your home base will start you with three quarters progress to the next rating – a boost that shouldn’t be overlooked if your team is taking a beating. You’ll also score more points for taking out players with a higher rating than your own, with the prime target being the current ratings leader.

And while Ratings will be the primary way to trade up, you shouldn’t feel afraid to make use of powers like Loba’s Black Market to tool up more quickly from others’ misfortune.

Respawn has taken steps to stop teams from securing two points and just holding the front line. Linked spawns are one aspect, but the other is Timed Events. These pop up in the top left of the screen and offer a bonus to the side that controls the listed point when the timer ticks down to zero. The first bonus will always be for holding point B, making that a key priority.

Keep an eye on the capture indicator

Apex throws so many UI details on your screen at once that it’s easy to gloss over them all. One part you shouldn’t overlook in Control is the capture indicator. Shown just under the team scores are three banners marking points A, B, and C. They don’t just show who’s in control of each point, though. You’ll also be able to see any time a point is being captured or neutralized. The banners will fill or empty of color when one team outnumbers the other side’s players inside that zone.

If your team is in the lead and defending B, keep an eye on these markers to spot when your wily opponents are sneaking around to capture a point behind your back. That's the signal for a few defenders to drop back and interrupt the steal.

Watch out for Lockouts

Hold all three zones at once and you’ll trigger a Lockout. This will see a unique timer spawn. If your team holds all three points for a minute and a half straight, you win immediately. You’ll still score standard points during this time, extending your lead even if the Lockout fails. You won’t pull it off often, but it’s still worth pushing forward to put pressure on the enemy in this manner if you can.

And if you’re at the mercy of one, grab a vehicle. They spawn either side of your home base and will let you nip around to your enemy’s furthest point. It’s the most reliable way to steal a capture back and deny the shutout.

How to succeed in Control

So, how do you actually improve and win your Control games? We can’t cover every scenario, but these tips will certainly put you on the front foot.

Attack B right from the start

While not technically necessary to win, holding B is the real path to victory in Control. Defending is far easier than attacking, and if you win the initial engagement to secure B, your side will sport better gear and a forward respawn point. Grab a vehicle and get the bulk of your team there as quickly as possible, leaving just one or two players to snag your closest point.

If you lose out on the initial contest, it might be worth directing the bulk of your team to assault your opponent’s closer point (A or C) instead. Teams will tend to concentrate their defenses at B, leaving other points far more susceptible. Snatching their home base will stop them from extending a lead and deny their forward respawns.

Because of the high player count on each side, lone wolves are liable to be gunned down in seconds. If you’re hoping to retake a well-guarded point, you need to move in as a group. Unleash your utility in tandem, dropping three plus grenades into a defended location at once to flush out the opposition.

When playing with a full squad, that’s doable. If you’re running solo? You’re in for a challenge. Expecting a rabble of randomly assigned teammates to coordinate better than grade-school toddlers is optimistic to say the least. You can make the difference, though, by watching your allies and moving with them. Ping the targets you’d like to hit, but if your team isn't listening, it’s usually best to work with their aims rather than attempt to assault six entrenched enemies on your lonesome.

Swap characters/loadouts, and play your role

Control isn’t your usual Apex fare. You can swap Legend and loadout on each and every respawn, allowing you to be extremely versatile. At the beginning of a match, mobility is key. Pick characters like Octane, Wraith, and Valkyrie who can get you to the points faster than your opposition.

Once you secure B, swapping a Watson or even Caustic onto your side can make retaking the point an utter nightmare for your opponents. If a Loba can dump her Ultimate as well, your whole squad can tool up quickly  any time a highly rated player gets taken out.

We mentioned this earlier, but death is a total reset in Control – you’ll lose everything you earned in the previous life. As such, if you’ve charged your Ultimate, then feel free to just let loose. Many Ultimates are far, far less effective in Control, so don’t get precious about holding onto them. You’ll charge up again as you keep increasing your rating, meaning it’s possible to unleash several in one life if you play conservatively enough.

And those are all our Apex Legends Control tips and tricks. Discovered any other secrets for the new mode? Share your knowledge in the comments below.