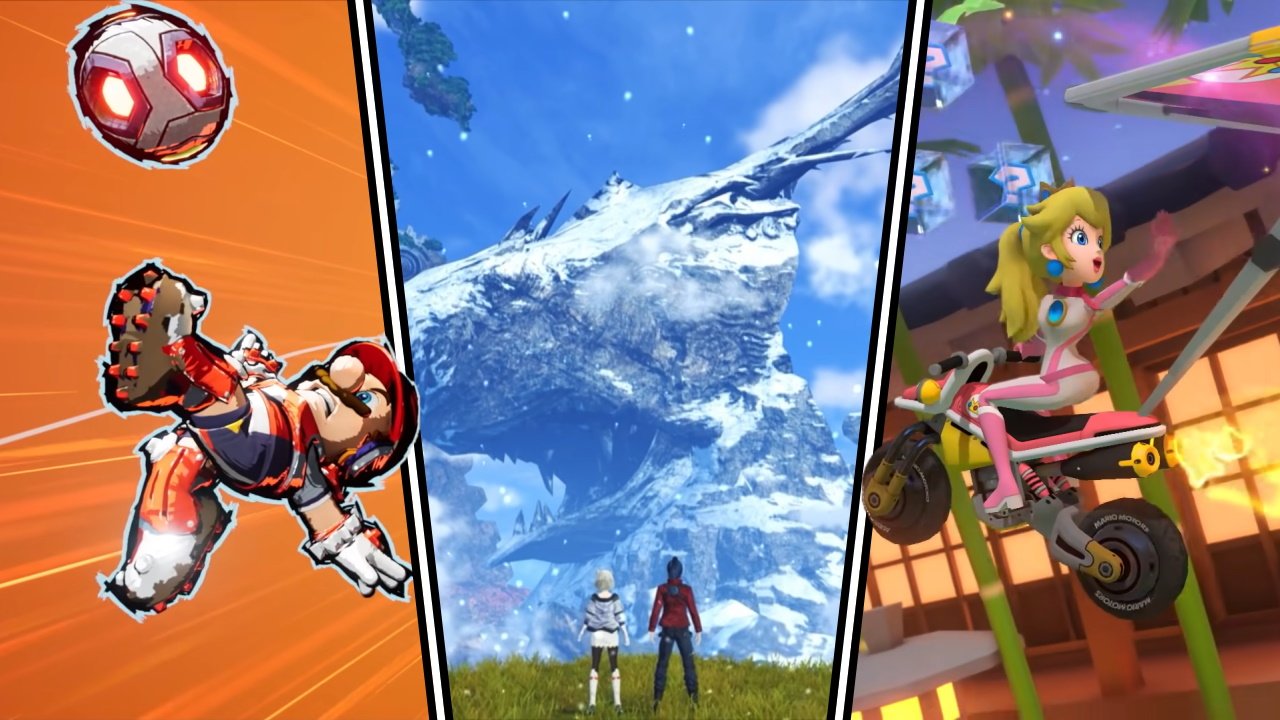 Nintendo isn’t messing around in 2022. The February 9th Nintendo Direct was crammed to bursting point with reveals and trailers. Brand new titles, unexpected sequels, and enormous updates to classic switch games – last night’s Direct had everything barring Silksong news. We’ve rounded up all the major Nintendo Direct reveals below so you can catch up on the full list of announcements.

Closing the direct in style was Xenoblade Chronicles 3. The followup to Shulk and Rex’s adventures promises to tie the future of both worlds together. It looks grand, and is sure to be packed not just with action, but also British accents aplenty. Xenoblade Chronicles 3 is due to release in September 2022.

Nintendo hasn’t touched Mario Kart 8: Deluxe for years, yet the game continues to sell bombastic figures month after month. At long last, Nintendo is giving the game its due, with a full 48 courses due to be added over six waves. The tracks will be picked from throughout Mario Kart history, even including Tokyo Tour tracks from mobile release, Tokyo Tour. Waves of new tracks are due to arrive until the end of 2023. It’ll cost $24.99, but comes included in the online expansion pass for free.

Yes, really. Nintendo is reviving the Wii’s immensely popular sports series into a Joy-Con-led package. Nintendo Switch Sports will include classics like Tennis and Bowling, but also introduces new games like Badminton and Soccer. Own the leg strap from Ring Fit Adventure and you’ll even be able to take shots with a swing of your thigh. Our most anticipated feature? A bowling survival mode that sees you facing tougher and tougher opponents online.

After being delayed from a December release, Advance Wars 1+2 Re-Boot Camp finally has a release date. The remake is coming April 8, and Nintendo also confirmed that it’ll have full voice acting for the cast of commanders.

Remember Mario Strikers? The Mushroom Kingdom soccer games had no right being as brilliant as they were, yet fans had all but given up on Next Level Games’ sports series getting a revival. Nintendo, you really do make dreams come true. Mario Strikers: Battle League will include customizable outfits that affect character stats, and even supports eight-player matches both online and in local multiplayer. It’s due to be released on June 10.

Prepare your eyes, because Kirby’s next game is as adorable as it is haunting. The latest trailer for Kirby and the Forgotten Land revealed the pink puff’s new Mouthful Mode power. By sucking up certain large objects, Kirby will stretch himself into new shapes including a car, a cone, a ring, and a vending machine. Ridiculous, unsettling, and brilliant. Kirby and the Forgotten Land is coming March 25.

Fire Emblem: Three Houses gets the Dynasty Warriors treatment. Claude, Edelgard, Dimitri, Byleth, and more all return, though this game will tell a new story within the same universe and characters. It’s coming to Switch on June 24.

Splatoon 3’s co-operative mode was revealed with the entertaining name Salmon Run Next Wave. It sees players teaming up to take on waves of pan-wielding sea life as they protect their ink-coated land from assault. Splatoon 3 is due to launch on Switch this summer.

It was easy to forget thanks to Mario Kart 8’s Booster Course reveal, but Disney has its own free-to-play kart racer coming too. It’ll feature characters like Mickey Mouse, Moana, and Sully as they tear through realistic race courses set in a range of fantasy worlds. Disney Speedstorm is due to release in summer.

Wanzer more into the breach! Tactical strategy is getting re-oiled and moved back into operation. Teams of customizable mechs wage war with a compelling story in this remake. Front Mission 1st: Remake is releasing this summer, with Front Mission 2 also planned for the future.

Bop to the beat with a new Taiko game coming to Nintendo Switch in 2022. It features 76 tracks including Megalovania and The Legend of Zelda main theme.

Samus’ latest outing is getting even harder, but also easier. Metroid Dread’s first post-launch update will add a new Dread difficulty mode which sees Samus fall after taking just a single hit from any source. On the other end of the spectrum, Rookie mode makes the challenging game a touch more manageable thanks to rapid recharges on Samus’ health.

Along with the exciting details above, the Nintendo Direct confirmed that several classic games will be getting remasters or ports to the Nintendo Switch. Here’s everything that was included:

Which game are you most excited for from the February 9 Nintendo Direct? Let us know in the comments below.