The online ARPG has pulled a peak of 500k players before it's full release on Steam. 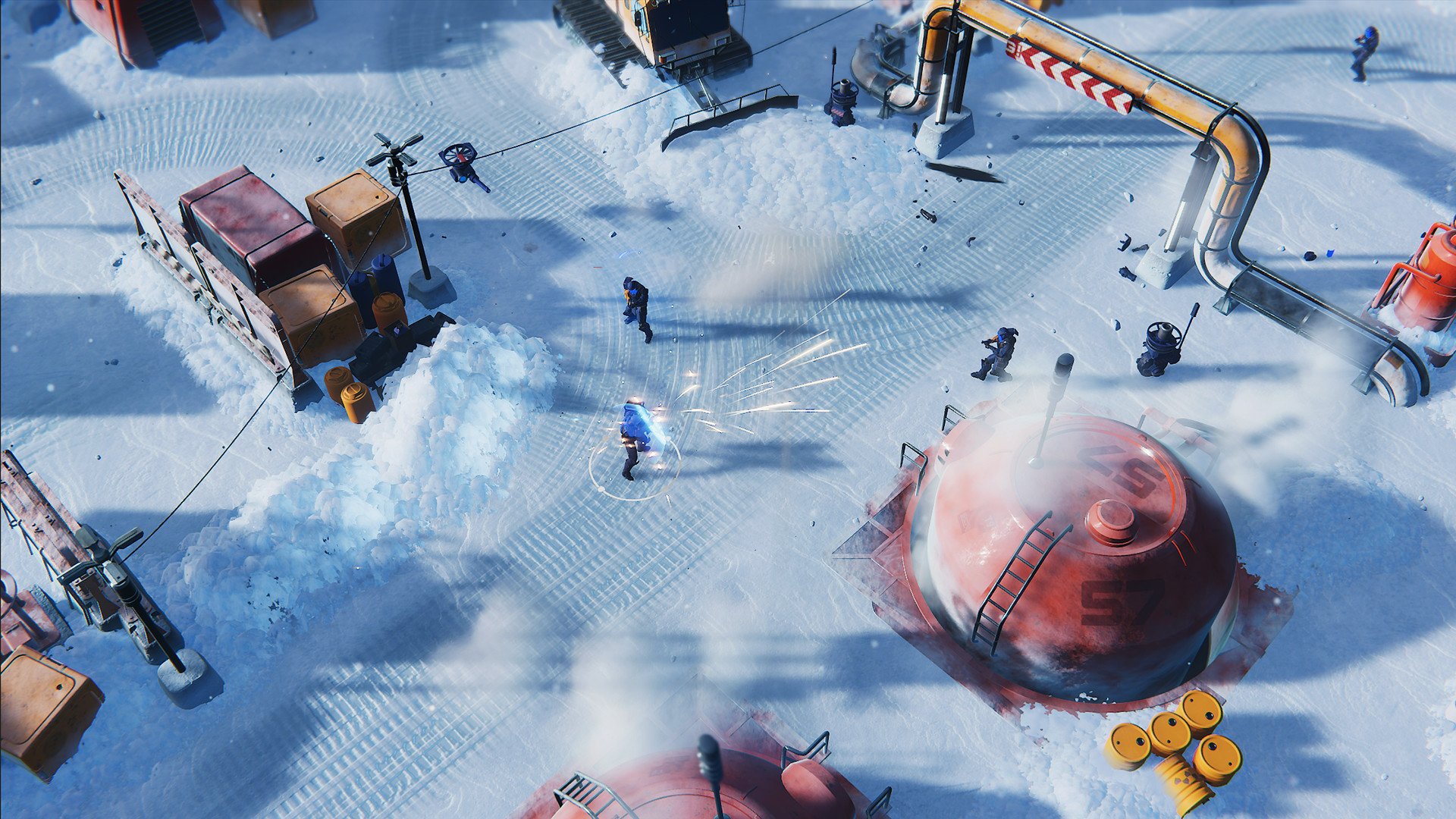 Xenoblade Chronicles 3, a new Mario Strikers, and a mouthful of Kirby action marked a packed Direct.

After releasing Synthetik, one of the most highly acclaimed but under-the-radar shooters of 2018, Flow Fire Games is ready to unleash the sequel onto the world. If you’re new to the world of Synthetik, self-aware robots known as the Machine Legion have taken over the world, and humanity’s got one last hope: you, and some upgradeable guns. As the player, you take control of an android prototype and try to defeat the Heart of Armageddon before the robot gods deal a fatal blow to all of humankind.

The frantic gunplay is quite similar to games like Enter the Gungeon, Gone Viral, Geometry Wars, or Assault Heroes, where you’re constantly moving in one direction and shooting in another, using every bit of brainpower you can spare. Synthetik 2 is a little more on the more tactical side, though, forcing you to line up your shots more, and pay very close attention to the bullets left in your magazine.

If you enjoyed the agile, roguelite aspects of Hades or Dead Cells where a single death ends each run but progress allows you to unlock better abilities, you’ll probably find yourself intrigued by what Synthetik 2 has to offer.

And if you don’t quite enjoy what it has to offer, you’re in luck there, too. Synthetik 2 offers a mind-boggling array of options and modifications to craft the game the way you want to play it, using the built-in UniversEdit custom editor. We're not just talking difficulty modifiers, you can alter the individual enemies and guns to your liking, in what turns out to have been a major undertaking by the developers. If this it what the robot apocalypse looks like, maybe that’s not so bad, then.

This article is part of the HyperX Indie Spotlight, a program where HyperX shines a light on some indie gems. AllGamers sat down with Flow Fire Games to pick their brains about the development process, some of the choices that they made, and what it’s like to be an indie developer.

AG: So we’ve sunk a few hours into a few of the builds of Synthetik 2, and we’re having a blast with the tactical running and gunning. How would you describe your game to a brand-new audience who may have never played the first one?

Alexander Luck, Co-founder Flow Fire Games: Synthetik is a tactical shooter rogue-like where you play as an android, combining the best of man and machine. You have to face the relentless machine legion and try to prevent Armageddon. The game has very deep and demanding weapon mechanics and gives players a lot of freedom to experiment with all sorts of gadgets and upgrades, which you will need to defeat the machine legion and their gods.

What was the motivation for the change from the top-down 2D engine to the 3D one for this game?

Unfortunately the old engine and codebase was at its absolute limits and the new engine has infinitely more power and possibilities. Being forced into 2D is also extremely limiting, and technically complicated in many ways. Using Unity together with our custom framework offers us endless new possibilities, from real 3D animations, to particle effects, complex environments and more - it also grants us more control to fix issues. There are very large fundamental advantages in the way you can program alone. We could talk about this for hours, but there is also a pretty good list on synthetikuniverse.com. The start was a bit rough but I think people will see more and more of the benefits from the new engine and UniversEdit (our new framework) shining through.

What were some of the best mods you saw in the original Synthetik, and what do you think creators are going to have the most fun with manipulating in Synthetik 2?

In Synthetik 1 we only had weapon modding, but there were some cool ideas and some that abused the mechanics in ways I didn’t think of. One which now comes to mind I think shot instantly when you finished reloading, so it made you prepare a shot and try and hold your aim during the reload process.

In Synthetik 2 with UniversEdit we have something that I think is unseen in the market, where you can do things to an extreme capacity with far greater ease than on a standalone engine. From weapons, items, perks, abilities, enemies, bosses, shops, chests, pickups and much more, everything can be created within minutes and also straight from inside the game. So far people already really like doing new classes and weapons but I think people will soon find out about some more interconnected stuff, like creating new progression systems or special shops.

Success means different things to different people in different situations. As an indie studio, what would you say “success” for Synthetik 2 would look like?

I think success means growing the studio, the budget and wages to the point that it does not feel like you are standing still or going backwards, but that of course is all built on making surethat our players are happy.

What are some of the biggest challenges your team faced, or continue to face, on Synthetik 2?

Well we were a bit too ambitious: essentially we were making our entire new framework and an entire new game on a new engine, essentially creating everything from scratch. This definitely hurt the launch quite a bit but we are on good track to make a comeback I would say.

If someone were to make a learning AI that learned how to play Synthetik 2, in essence, using a machine to control a machine to beat the Machine Legion… will humanity have actually won?

For sure… at least until that AI also rises up against humanity!

Anything else you’d like to say as part of the inaugural participant in the HyperX Indie Spotlight?

It’s a great initiative and always great to see indies get some more attention. We’re thrilled that you thought of us, and we’re looking forward to seeing what other great indie games you’re going to be spotlighting next!