Learn how to evolve Haunter in Pokémon Legends: Arceus to you can add Gengar to your team! 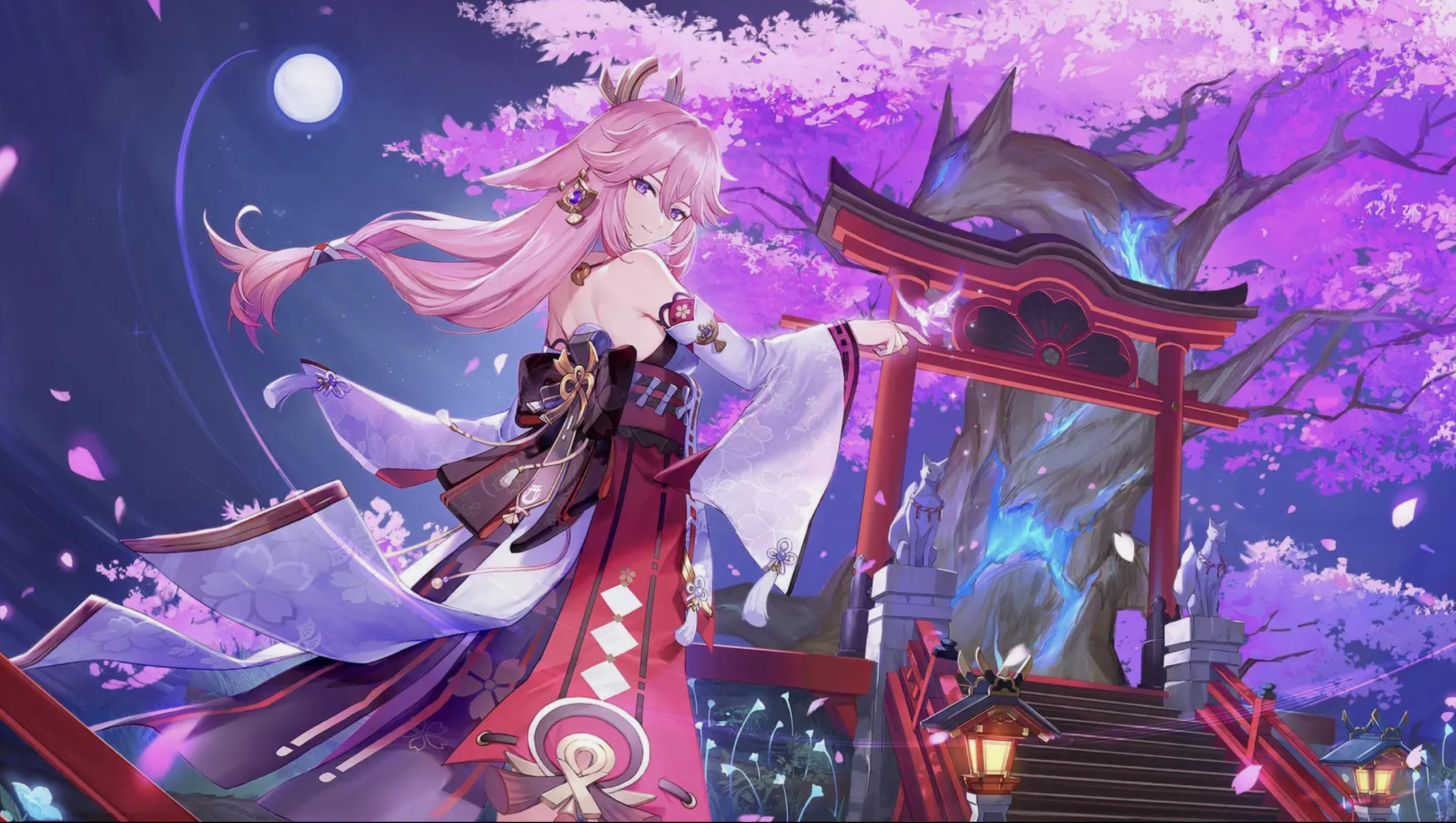 Another game in the GTA series is definitely in the works as Rockstar confirms development is 'well underway'.

Genshin Impact's newest characters have been revealed as players get a chance to see what lies in store in update 2.5 to come on February 16, including the next banners and a tool for creating your own Domain.

The next Wish banner will feature Yae Miko, the foxy shrine maiden of the Grand Narukami Shrine, who is an Electro Catalyst user. The Yae Miko banner will run from February 16 to March 8, at which point a double rerun banner of Raiden Shogun and Kokomi will round out the 2.5 update.

"Yae Miko can provide both constant damage off-field and high burst damage on-field," reads her character playstyle breakdown. "Miko’s Elemental Skill allows her to move swiftly and leave behind a Sesshou Sakura, periodically striking nearby opponents with lightning. With Miko’s Elemental Burst, all nearby Sesshou Sakura will be unsealed, destroying their outer forms and transforming them into Tenko Thunderbolts that descend from the skies. With her Passive Talent, each Sesshou Sakura destroyed by her Elemental Burst resets the cooldown of her Elemental Skill."

Also revealed today was official art for Kamisato Ayato, a Hydro Vision holder who appears to use a liquid sword in his character art. It's unclear if he'll be a sword user though, given Hydro users often make weapons out of their element that are not their main choice. He will likely be added to the game in the next update after the upcoming one, in update 2.6.

As the head of the Yashiro Commission, Kamisato Ayato is committed to maintaining the prosperity and stability of the region.#GenshinImpact pic.twitter.com/wLAjVgfhdJ

The 2.5 update will add new story quests for Yae Miko and a second chapter to Raiden Shogun, unlocking the new weekly boss fight against Ei's Raiden puppet. Not quite sure what's going on there but her new outfit is certainly fetching.

The update takes us back to the depths of Enkanomiya where darkness has once again enshrouded the underwater area. According to details of the new seasonal event in Enkanomiya on the PlayStation blog, there'll be a survival mechanic similar to Dragonspine's freezing cold.

"At the same time, you need to level up your Bokuso Box in order to strengthen its Corrosion Resistance and gain useful abilities that help you explore more areas. To upgrade your Bokuso Box, offer the statues in the event area with the Light Realm Sigils gathered from opening chests, unlocking Waypoints, and completing exploration objectives. You can activate special Bokuso Arts with the Light Realm Cores found in Luxurious Chests."

In the darkness are new enemies called Shadowy Husks, which come in three varieties: Standard Bearers, Line Breakers, and Defenders. The weapons, elements and abilities used by each type vary. For instance, if a Standard Bearer hits a shielded character, it will create shields for itself and nearby Shadowy Husk members. So you'll need to be wary of which type you're fighting.

The Genshin Impact 2.5 update also adds events including a bartending minigame at the Angel's Share where you mix drinks for various characters, and the return of Hyakunin Ikki, the combat trials which force you into making 2-person teams to rotate through. There will also be a new creative tool added to the game, similar to the Serenitea Pot, which allows you to make your own Challenge Domains and invite friends to try to beat it. It's kind of like Mario Maker but with more traps.

A sneak preview of the 2.6 update confirms we will soon be headed off to explore The Chasm, a mining area just outside of Liyue, thought to be the passage through to the next major area to be added to the game's map, Sumeru.

That's everything in the Genshin Impact 2.5 update, set to arrive on February 16. Will you be saving your primogems for Yae Miko, or holding on a little longer for Ayato?